Minority on Duterte’s 100 days: ‘A’ in drug war, inadequate in other sectors 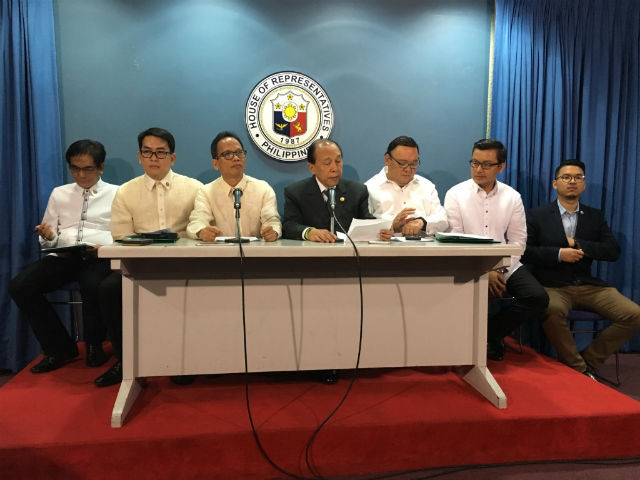 MANILA, Philippines – Members of the House minority commended the Duterte administration for its war on drugs during the first 100 days, but lamented that policy implementation for other sectors is not as effective.

“I give him an ‘A’ [in] his fight against drugs and criminality,” said Minority Leader Danilo Suarez on Wednesday, October 5.

He said, however, that the minority bloc observed that President Rodrigo Duterte seems to have a “Kayo nang bahala diyan (It’s up to you)” attitude concerning his Cabinet secretaries and how they are managing their respective departments.

“100 days to Digong’s presidency, we want to see a president who is equally aggressive in his approach to crucial issues like traffic, flood control, taxation, education, health, poverty, hunger, housing, and other issues,” said Suarez.

As an example, the Quezon 3rd District representative said the minority plans to file a counter-proposal to the Department of Finance’s proposed tax reform package.

While the maximum rate of personal income tax will be reduced over time from the current 32% to 25%, the DOF is proposing an increase on fuel excise tax and the removal of some value added tax (VAT) exemptions of some sectors, including senior citizens and persons with disabilities.

(This is not tax reform. This is a heavier penalty on the people. One example is the P6 additional tax on fuel. Removing the benefits of the elderly is also totally unacceptable.)

Kabayan Representative Harry Roque also hit the Department of Transportation (DOTr) for failing to implement concrete programs during its first 100 days despite the magnitude of the urban traffic problem in the country. (READ: Art Tugade and his inherited headaches)

(Beyond asking for emergency powers, note that in the 100 days that we’ve had, the Department of Transportation did not introduce anything. They only want emergency powers.)

Speaker Pantaleon Alvarez also previously hit the DOTr for failing to address bumper-to-bumper traffic as well as the repeated breakdown of trains within Duterte’s first 100 days.

Meanwhile, Roque slammed Health Secretary Paulyn Ubial for supposedly flip-flopping on the real status of the Zika virus in the country.

(Yesterday at the budget hearing, albeit late, I enumerated one by one the flip-flopping of Secretary Ubial – from Zika which she said was not here, to here, from not endemic to endemic. It can’t be that our secretary of health does not know the exact nature of how Zika becomes a threat to the Philippines. That’s a public issue; she should know.)

According to the lawmaker, Duterte must now keep a closer watch on his Cabinet secretaries to ensure that they are performing their tasks well.

“He gets very high marks on the fight against criminality,  but he has to pay attention to his secretaries and should not completely trust that the secretaries are doing their jobs. Kasi marami talagang mga departamento na may kakulangan (Because a lot of departments have shortcomings),” said Roque. – Rappler.com