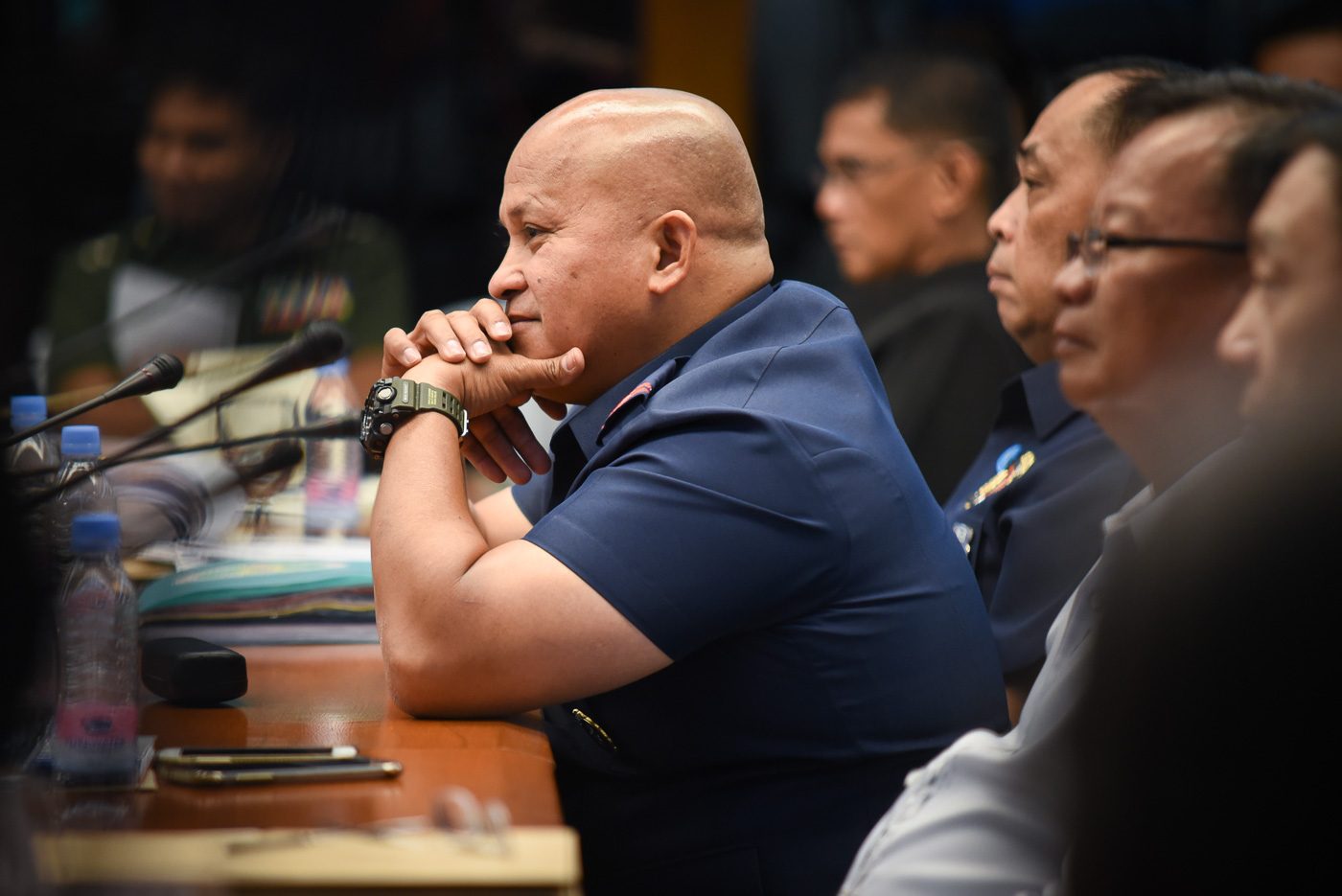 MANILA, Philippines – Subordinates taking selfies with him is okay with Director General Ronald dela Rosa, but the Philippine National Police (PNP) chief draws the line when it comes to police officers posing for photos with criminal offenders who happen to be celebrities.

Dela Rosa made this clear on Wednesday, October 5, after a photo of two female police officers posing with Mark Anthony Fernandez went viral on social media after the actor was arrested for possessing marijuana. 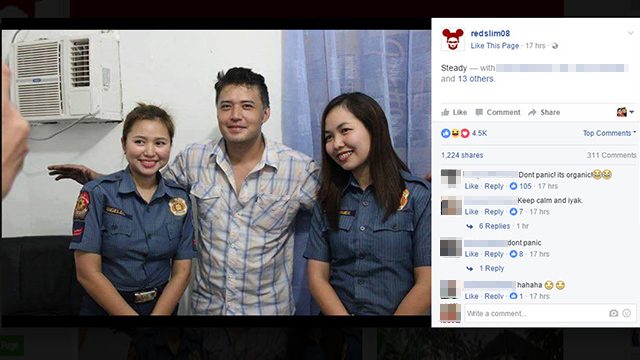 (Personally, I don’t like that picture because as law enforcers, what, you still get starstruck by a criminal offender? On the other hand, I understand our policewomen because maybe they forgot they’re cops. Maybe their being movie fans, single women, womanhood got the best of them because they saw this actor who’s good-looking.)

Fernandez was arrested in Pampanga on Monday, October 3, after he was caught with a kilo of marijuana, which is illegal in the Philippines. He initially denied owning the contraband drug, but later said he used it to “fight cancer.” Fernandez tested positive for marijuana use.

“I have to remind them (policewomen) that they shouldn’t be doing that. That’s tantamount to conduct unbecoming of a police officer. You’re even posting on social media that you were starstruck by a suspect,” Dela Rosa said in a mix of English and Filipino.

He said he would refer the case to the PNP’s Internal Affairs Service to see if the two cops violated any police policies.

Dela Rosa said that the viral photo should serve as a cautionary tale for police. The PNP has been saying that it plans to conduct anti-illegal drugs operations on celebrities following reports of a supposed “list” of local stars with links to illegal drugs.

The PNP chief earlier said they might conduct “Oplan Tokhang” on celebrities, either at their homes or through their home networks. “Tokhang” the “knock and plead” operation, wherein cops knock on the doors of suspected drug users and pushers to convince them to change their ways.

The term is derived from the Bisaya words “toktok”  (to knock) and “hangyo” (to plead). It’s an operation that began in Davao City when Dela Rosa was its city director and President Rodrigo Duterte was still the mayor.

“Bawal ‘yan, bawal (That’s not allowed),” said Dela Rosa, after explaining he was worried his personnel would take photo ops with celebrities should they conduct “Tokhang” in their homes.

“I don’t see anything wrong with it as their commander, but it looks bad especially for ordinary criminals because it seems as through we have double standards,” he added.

(But personally, I’m saying I understand their being starstruck because a lot of people are also starstruck when they see me.)