Arrested: 3 foreigners with P100M worth of cocaine 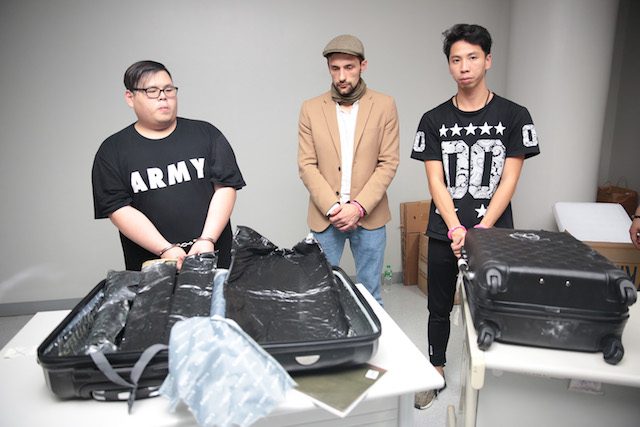 Alleged drug couriers Chan Kawai and Pau Homanevan, both Hong Kong citizens, and Kirdyushkin Yury, a Russian national, were intercepted by a joint operation by officials from the Bureau of Customs, Philippine Drug Enforcement Agency, and Airport Police Department at the NAIA Terminal 3.

The 3 came in from Brazil via Dubai, arriving via Emirates flight EK 332. The arrests were made based on intelligence information from the US Drug Enforcement Administration.

Chan and Homanevan were caught with 9 kilograms of cocaine each, while Yury had in his possession 7 kilograms of powdered cocaine and 2.5 kilograms of liquid cocaine.

Some of the drugs were found in the lining of their checked-in luggage, while others were packed to appear like food packages.

All 3 said they did not know that their luggage had drugs inside, as they were only bringing in the bags on behalf of friends.

The intercepted drugs are worth more than P100 million, according to officials. – Rappler.com