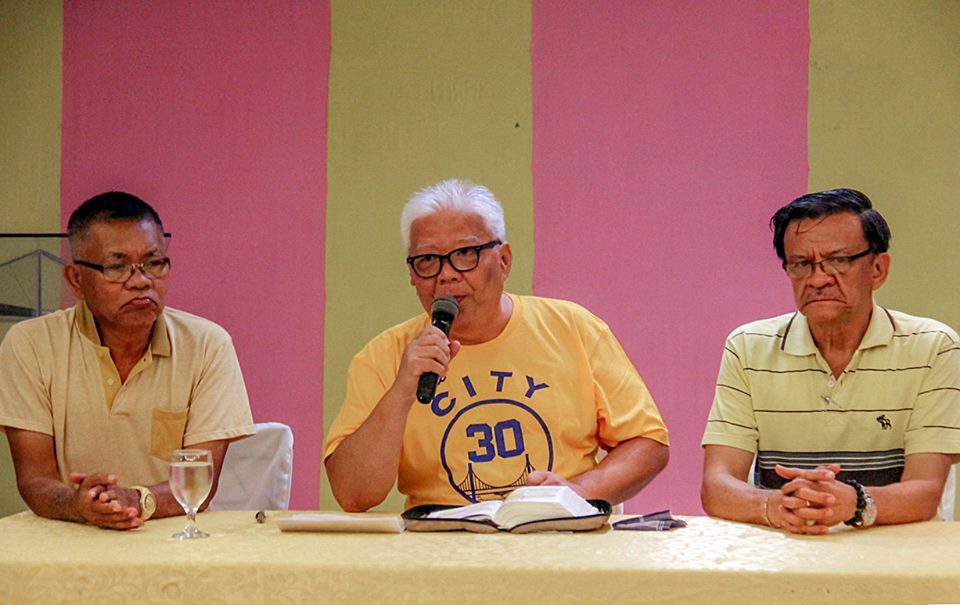 ZAMBOANGA DEL NORTE, Philippines – Governor Roberto Uy, who is under suspension, challenged 1st District Representative Seth Frederick Jalosjos to a debate after the congressman delivered a privilege speech linking the governor to the illegal drugs trade.

Last September 21, Jalosjos delivered a privilege speech at the Lower House, saying that the drug trade happening at the National Bilibid Prison is also happening in Dipolog City Jail. The policeman who is protecting drug lords in the province is, in turn, protected by the governor, Jalosjos alleged.

“Ato siyang hagiton nga magdebate ming duha bahin anang iyang gi-akusar nako, ‘Sus lipay kaayo ko, tan-awon nato kinsay matuk-an,” Uy said on Thursday, October 6. (We will invite Jalosjos to a debate on the things that he accused me of, Jesus I will be happy, let’s see who will get hiccups)

Jalosjos said there is no need for a debate: “Debates will not solve the illegal drug trade we are facing [in Zamboanga del Norte]. What the governor should do is to prepare for the upcoming investigation; that’s where the truth shall be determined.”

In his privilege speech, the congressman said there were 4 known drug lords within the walls of the Dipolog City Jail, giving orders to their pushers and runners. One of the drug lords was shot dead by a sniper last August 19 while entering the court house.

“These druglords [were] under the protection of a police officer named SPO2 Roy P. Vertudez… [who] is also being protected by the biggest fish in the Province of Zamboanga del Norte. [He] is untouchable because he is the head security of Roberto Uy, the incumbent – now suspended – governor of the province,” Jalosjos said in his privilege speech.

While Uy challenged Jalosjos to a debate to defend himself, the governor also gave a conflicting statement. He said the only way to know who is telling the truth is for the congressman to charge him in court so he can defend himself legally.

The governor, who is fond of citing the Bible in his speaking engagements, told media practitioners that “Jalosjos accusing him is normal” because they are political enemies.

“They (the Jalosjos family) are always throwing mud at me, my enemy is the devil,” Uy said.

The governor said: “1st Peter Chapter 5, verses 8 to 9…says be on alert and of sober mind. Your enemy the devil prowls around like a roaring lion looking for someone to devour.”

At one point a political ally joined in the press conference and asked what they have to do amid the “serious accusations” delivered by Jalosjos. Uy replied: “Jesus said, ‘If you want to follow me, carry my cross.’ That’s what I’m doing now, I’m carrying the cross of Jesus Christ.”

“I keep my silence, but the power of God is with me,” Uy told the journalists.

Last June, the Ombudsman slapped Uy with a 3-month suspension for simple misconduct after he refused to reinstate 6 provincial government employees whose termination was declared invalid by the Civil Service Commission.

He is still serving his suspension when he got another 1-month suspension from the Ombudsman for failing to act on a complaint by a provincial government employee. – Rappler.com