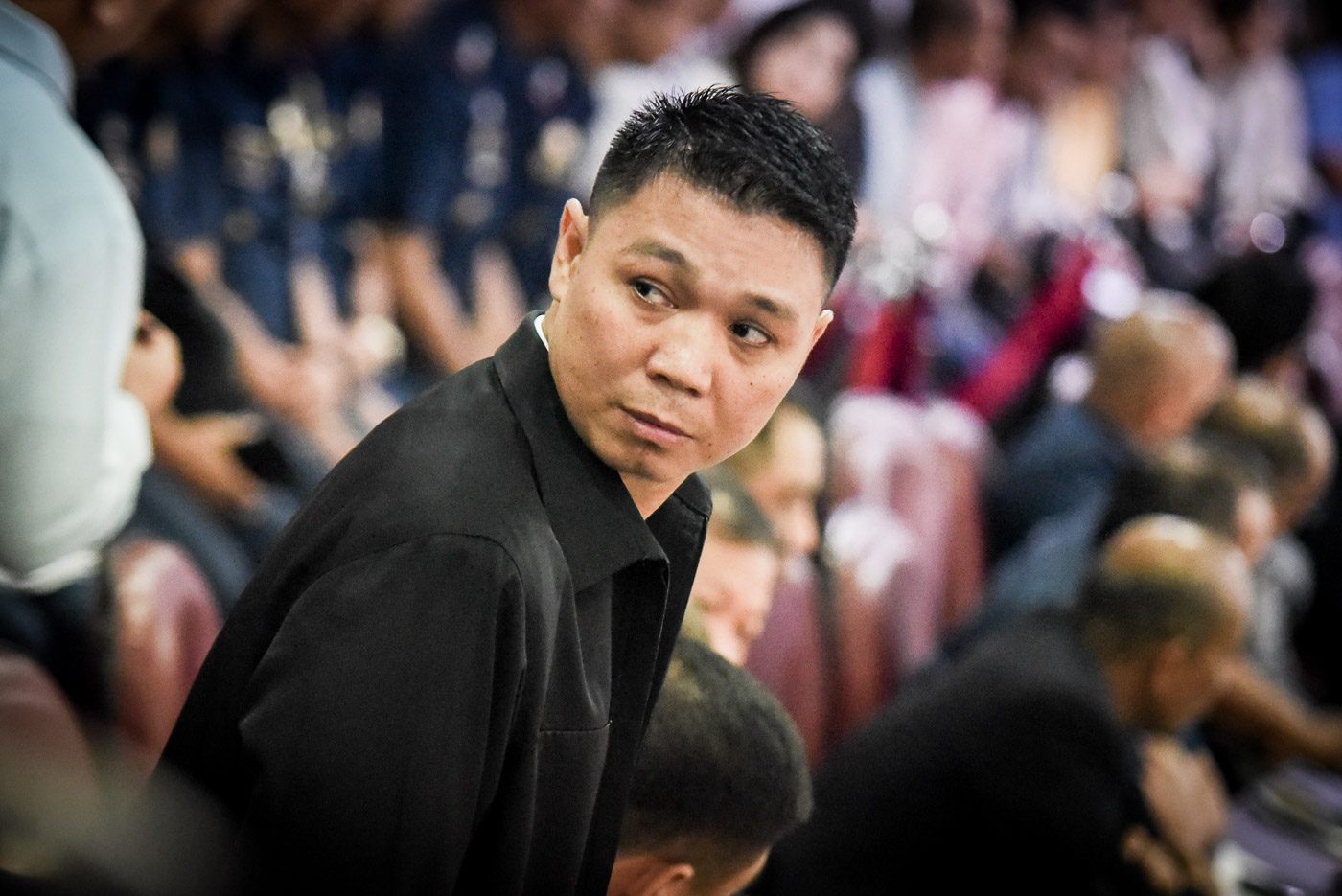 MANILA, Philippines – Joenel Sanchez, former aide to Senator Leila de Lima, did not hesitate to go into the detail of the Senator’s supposed relationship with her personal security detail during a House hearing on October 6, Thursday.

When asked about his supposed role as messenger and bag man in illegal drugs transactions, Sanchez, who is assigned to the Presidential Security Group (PSG), vehemently denied having anything to do with the illegal drugs trade inside the infamous New Bilibid Prison (NBP).

“Wala pong katotohanan lahat po yan sir (There is no truth to those claims, sir),” said Sanchez at around 8:00 pm or the 10th straight hour of a legislative probe into the spread of illegal drugs inside the prison.

Sanchez, who was assigned to guard De Lima from July 2010 to May 2015, was accused by at least two witnesses – both convicts – as having collected money in behalf of the former justice secretary or of urging Bilibid convicts to sell drugs and raise funds for her 2016 senatorial run.

Sanchez is among several witnesses in a legislative probe that has so far centered on De Lima’s negligence as justice secretary and supposed involvement in the trade of illegal drugs inside and outside Bilibid.

Convicts, all of whom have been granted immunity from suit based on claims made before the committee on justice, have all accused De Lima of receiving drug money from Bilibid detainees.

Sanchez was not given the same immunity by the House committee.

Aside from Sanchez, convicts have pointed to De Lima’s driver and long-time security personnel Ronnie Dayan as her bagman and occasional messenger inside Bilibid.

Dayan is also supposedly De Lima’s lover, a claim that’s also been made by no less than President Rodrigo Duterte himself.

De Lima and Dayan’s alleged relationship composed the bulk of Sanchez’ affidavit submitted to the committee on justice. The former justice secretary’s alleged links to illegal drugs, however, were not mentioned in Sanchez’s affidavit.

In the 3-page document, Sanchez said that all of De Lima’s assigned security – at least 6 PSG personnel at one point – got orders from De Lima through Dayan.

(Dayan treated us nicely and I got him as the godfather of my youngest child. I noticed that Dayan and De Lima had an unusual relationship. Eventually, I was able to confirm their relationship because Dayan would sleep at De Lima’s house.)

(Even in our trips out of town, they would sleep in the same room. We would also often go to De Lima’s house in Bicol and their sweetness was obvious.)

The supposed “sex video” – and its proposed showing before the committee – has been a controversial issue tangental to the hearing itself and has prompted the outcry of lawmakers, especially female ones, across party lines.

Legislators, most of them members or allies of the ruling PDP-Laban, took turns grilling Sanchez on his claims over the alleged “sex video” and De Lima’s personal life.

Sanchez admitted he felt “resentment” towards De Lima, after the former justice chief sacked him in May 2015. He supposedly tried to the ask De Lima’s help because his father had a heart attack but she failed to help him.

Sanchez then went to an immigration bureau official and former Mindoro governor Alfonso Umali Jr for help, a move which made De Lima angry. He was then removed as De Lima’s security and returned as “area security” for former president Benigno Aquino III.

Pressed by Fortun if he was telling the truth when he denied his role as an alleged bag man and messenger in De Lima’s supposed Bilibid transactions, Sanchez insisted: “Sir kung totoo po iyan, di na po kayo mahihirapan sa akin. Ako na mismo ang aamin dito (If it’s true, sir, you won’t have a hard time. I would admit it here myself).” – Rappler.com