Duterte to have morning TV show for citizen complaints 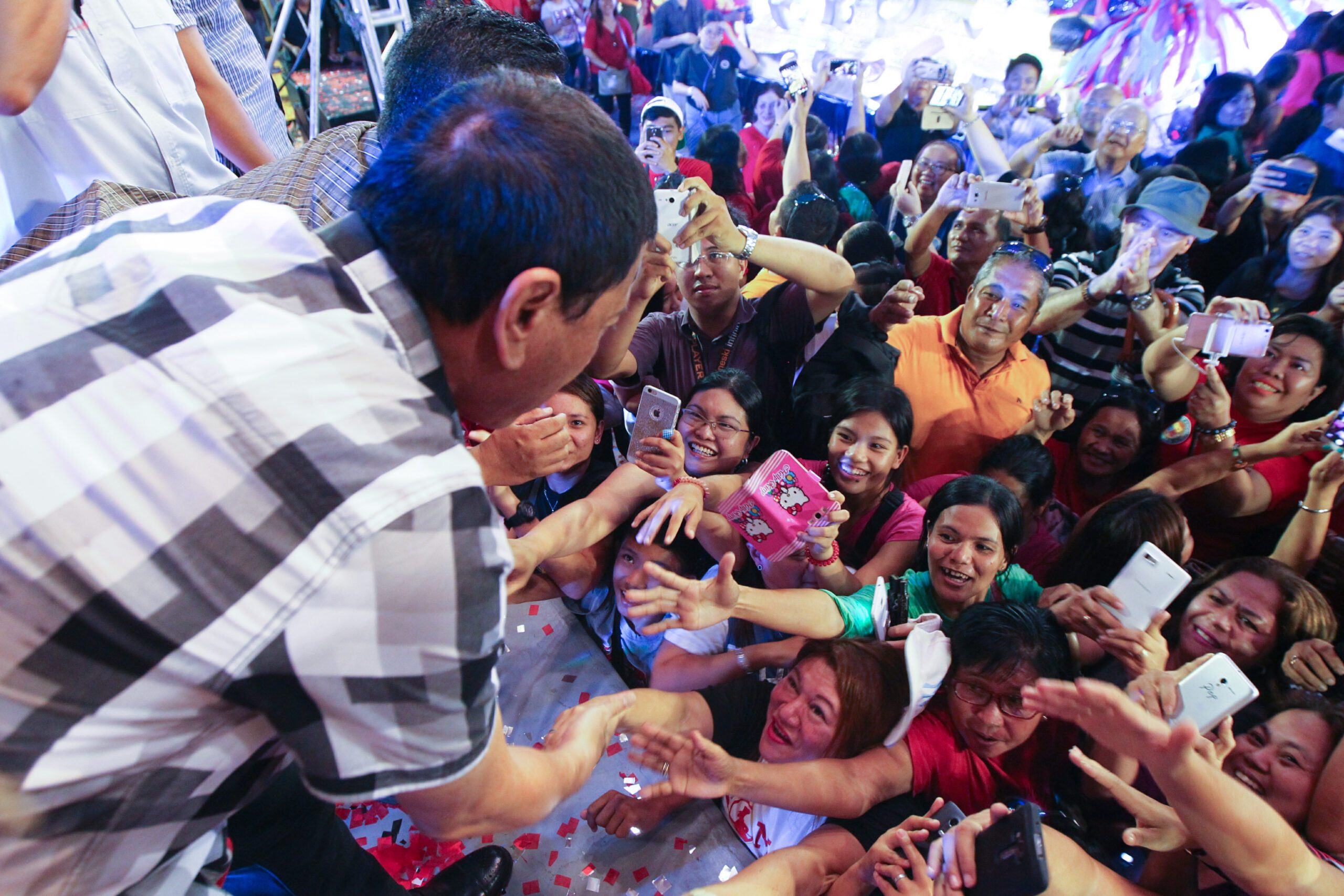 MANILA, Philippines – The government may have an 8888 hotline, but President Rodrigo Duterte wants to go one step further: To have a television show just for receiving citizen complaints.

“There is a, Malacañang TV, PTV 4, so may program ako diyan (I will have a program there). I’ll give about every morning, one hour. Lahat ng Pilipino na nakatikim ng (All Filipinos that have tasted) – whether it’s in the permit sa office of the mayor or an electrical clearance or a way of right already paid but unimplemented. I-text mo na lang ‘yung name ng (Just text the name of) government official,” said Duterte on Friday, October 7.

He was speaking at the Banana Congress in Davao City.

In another event later that day, Duterte elaborated on the television show. He said there would be “no one talking” but that during the show, citizens will be able to text their complaints and the complaints will reach him.

He instructed citizens to text the name of the government official, the time and location of the incident, and the complaint itself.

“I will immediately call him to Malacañang and I will demand an explanation why,” said Duterte on what would happen to government officials or employees complained about.

Duterte would then “see to it” that the erring government official or personnel is dismissed.

The President then appealed to Filipinos to help him weed out corruption from the government, among his central campaign promises in the 2016 elections.

“If you do not help me ferret out the bad guys, huwag kayo magcomplain ng corruption, corruption (don’t complain about corruption),” he said.

Duterte did not say if he himself will host the compaints show but Communications Secretary Martin Andanar had previously announced a TV show to be hosted by the President is in the works.

In fact, Assistant Secretary Ramon Cualoping III had told Rappler that the studio for the show has been ready since July. Duterte’s busy schedule, however, has prevented any taping or shooting for the show. – Rappler.com