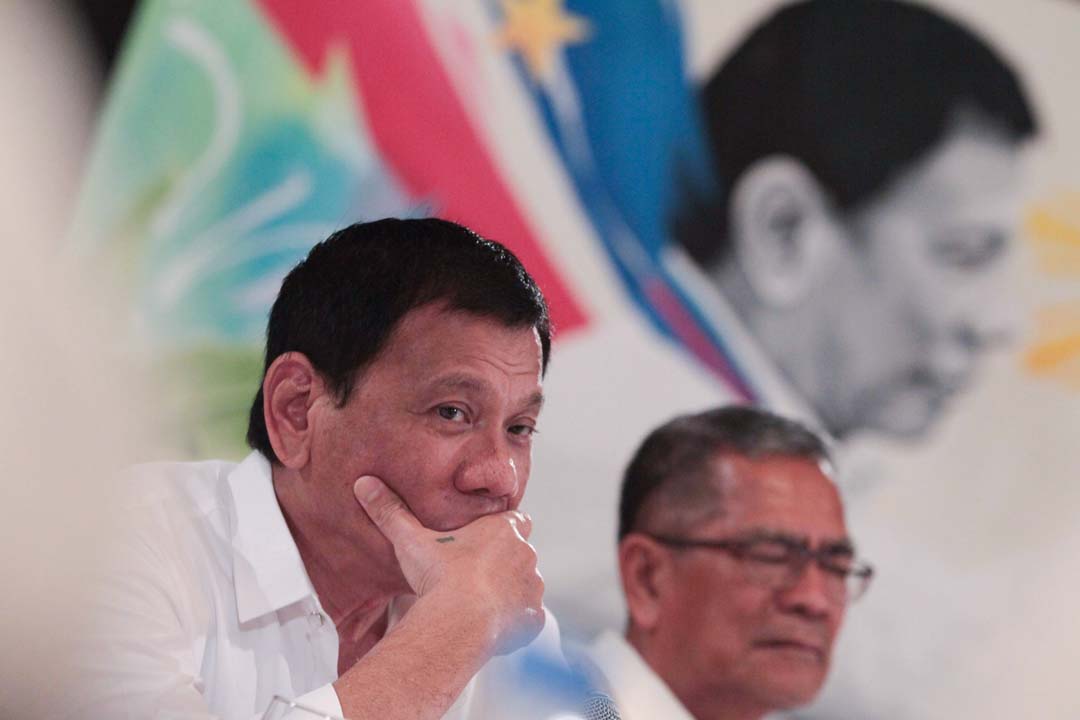 MANILA, Philippines – President Rodrigo Duterte is not sure if he’ll still release his final list of drug personalities as promised.

“There are about 5,000 barangay captains in my list. Dadalawa isip ako (I’m thinking twice), I’m trying to facilitate whether to release or not. If you read it, you’ll be discouraged, you’ll be downhearted because these guys are elected by people,” said Duterte on Wednesday, October 12, during the 115th anniversary of the Philippine Coast Guard.

Duterte gave two reasons for not publicly releasing the list: first, reading out the “thousands” of names would be time-consuming; and second, it could lead to the drug personalities killing off each other.

“I cannot even announce them anymore. I don’t have time to announce their names individually…If I read it at magkapatayan (and they kill each other), if I read all names and [they] start to cleanse themselves to prevent being drawn into the vortex of shabu,” he said.

Duterte had said that the list includes names of 5,000 barangay captains and 6,000 police personnel. He previously said judges, mayors, and governors are on the list.

The list is still undergoing a process of revalidation, the President said.

“Until now, I’m still trying to validate, revalidate so I’ll be fair to everybody – from military, police, PDEA [Philippine Drug Enforcement Agency],” he said.

Duterte’s public announcement of government officials and law enforcers allegedly involved in drugs is part of his campaign against the illicit trade.

Previously, he publicly read out the names of 158 officials and 5 top police generals. He has also showed the media a drug matrix supposedly showing those involved in the illegal drug trade in the New Bilibid Prison.

But he has apologized to some of those he implicated, including former Pangasinan governor and now congressman Amado Espino Jr. – Rappler.com