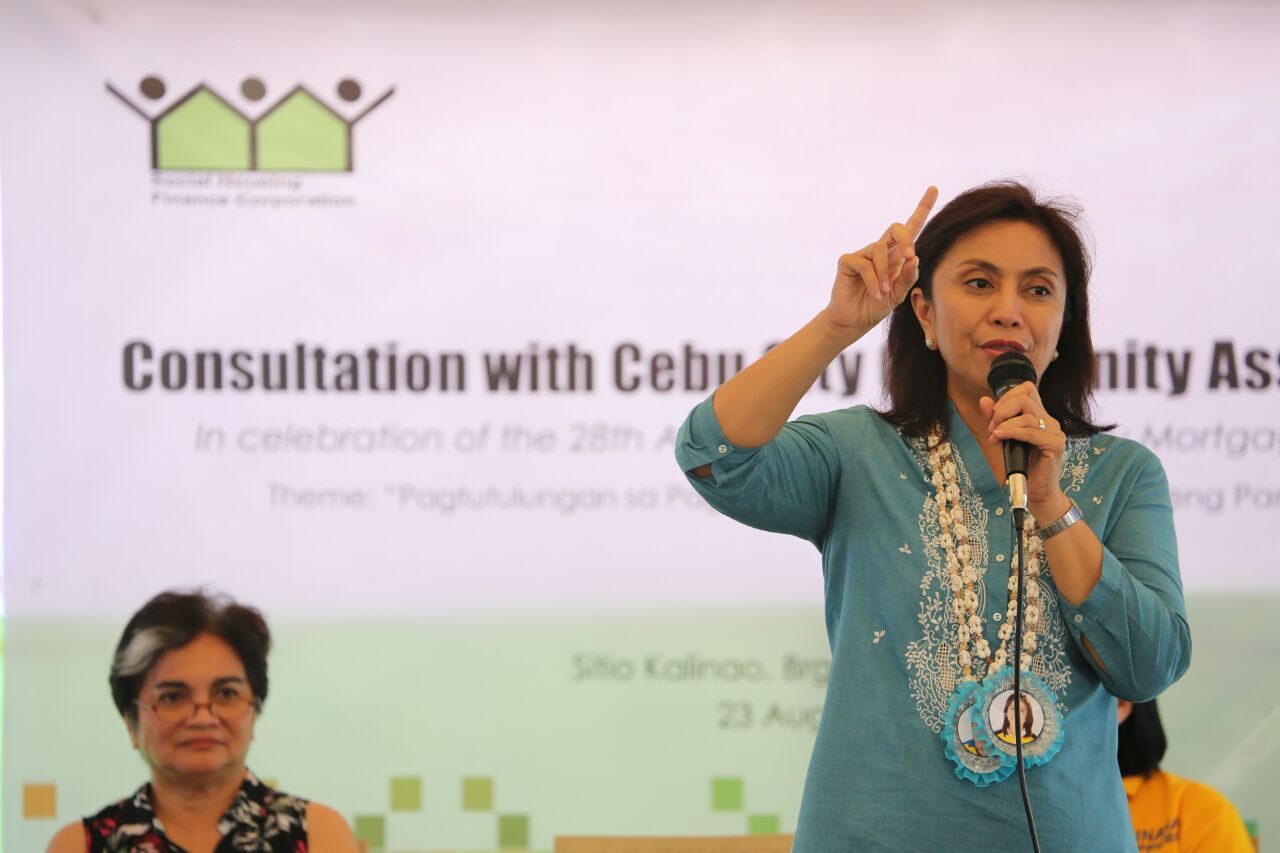 Facebook Twitter Copy URL
Copied
'This will make our mission far more difficult in solving the growing problem of homelessness,' says Vice President Leni Robredo on the proposed ban on the conversion of agricultural lands

Robredo, who is also the chairperson of the Housing and Urban Development Coordinating Council (HUDCC), was one of the signatories in a position paper submitted by the National Economic and Development Authority (NEDA) to Malacañang.

Robredo said on Thursday, October 13, that the proposed ban will “further delay the housing and resettlement processes.”

“By unnecessarily locking up the land resources for two years, including those that were already identified as suitable for socialized housing, this will make our mission far more difficult in solving the growing problem of homelessness,” the Vice President stressed.

Robredo earlier revealed that there is a 1.4-million housing backlog that will reach 5.7 million by yearend. To address this, she said, the government has to build 2,600 homes per day in the next 6 years.

“This will further delay our efforts in Yolanda-affected and other disaster-stricken areas, since these sites are mostly within agricultural zones,” said Robredo.

Mariano announced last month that Duterte agreed to impose a ban on the conversion of agricultural lands, which will immediately protect 4.7 million hectares already awarded to agrarian reform beneficiaries.

Business groups earlier called on the government to review the DAR proposal since it could “set back the goal of developing more economic zones, expanding the manufacturing industry, accelerating infrastructure projects, and decongesting urban areas.”

They argued that the administration should consider that there are agricultural lands considered unproductive that could be converted to yield their “highest and best use.”

“Development of unproductive and idle agricultural land that could be better used for commercial, residential, and industrial uses will also be hampered, setting back jobs that can potentially be created in the manufacturing, housing, construction, and retail sectors,” the groups said.

They also added that the moratorium could hurt the “approved conversions, stock distribution, and leasehold arrangements breeds” with investors prior to the Duterte administration.

Business leaders are instead urging the government to craft a “broader policy framework” that will strike a balance between expanding land use and addressing the threats to food security. – Rappler.com