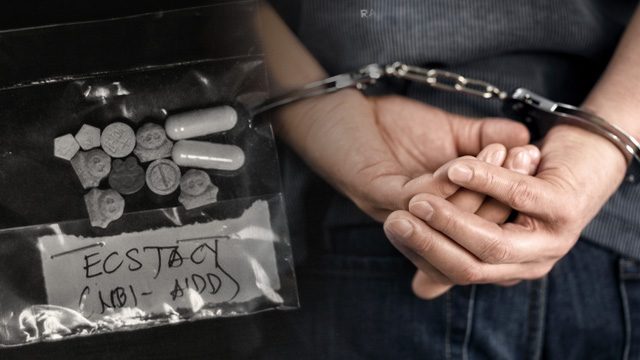 Facebook Twitter Copy URL
Copied
Damian Berg has insisted police dragged him out of his hotel room, then brought him to the street where ecstasy tablets were placed on him, and he was paraded before waiting journalists

A Canadian man who was arrested in the same police operation was jailed by a different judge for life, with authorities hailing his prosecution as a sign that the campaign is achieving swift results.

The crackdown has led to more than 3,300 deaths since Duterte took office on June 30, leading to fears police are carrying out extrajudicial killings and breaking the law in other ways to follow the president’s orders of eliminating illegal drugs in society.

The Australian, Damian Berg, was charged with drug trafficking after police alleged he was caught alongside Canadian Jeremy Eaton trying to sell ecstasy tablets on a Manila street in June. (READ: Philippines jails Canadian for life for selling drugs)

Berg insisted police had dragged him out of his hotel room, then brought him to the street where the tablets were placed on him and he was paraded before waiting journalists.

Berg’s lawyer presented to the court CCTV footage from the hotel that backed up his claims, and the judge hearing the case in the financial district of Makati ruled the police had indeed lied about how they arrested him.

“The CCTV footage belied the claim of the prosecution witnesses and destroyed the integrity of their testimonies,” the judge ruled last month.

Agence France-Presse (AFP) obtained a copy of the verdict from the court this week.

Eaton, who has insisted on his innocence, was sentenced to life by another judge at the Makati trial court using the evidence of the same police.

When the verdict against Eaton was announced last week, the chief lawyer of the national police’s anti-illegal drugs group, Enrico Rigor, said the swift prosecution showed the determination of authorities to resolve cases quickly as part of Duterte’s crime war.

When asked by AFP on Thursday, October 13, about the two cases, Rigor did not deny the judge’s assertion that police had made up evidence.

But he said Berg had been acquitted on a “technicality” and insisted police had done nothing wrong.

Berg has since returned to Australia with his pregnant Filipina partner.

“I thought we were going down to get shot,” Berg told Australia’s ABC television network this week, recounting how he felt when he was detained.

“I’m thinking this is a complete set up.”

The International Criminal Court’s chief prosecutor said Thursday she was “deeply concerned” about the killings in the Philippines, warning those responsible could face prosecution. – Rappler.com