Duterte: No bargains with China on West PH Sea

Oct 16, 2016 5:15 PM PHT
Pia Ranada
Facebook Twitter Copy URL
Copied
But while Duterte will 'insist' that the Hague ruling be taken up, he says 'there will be no hard impositions' on China 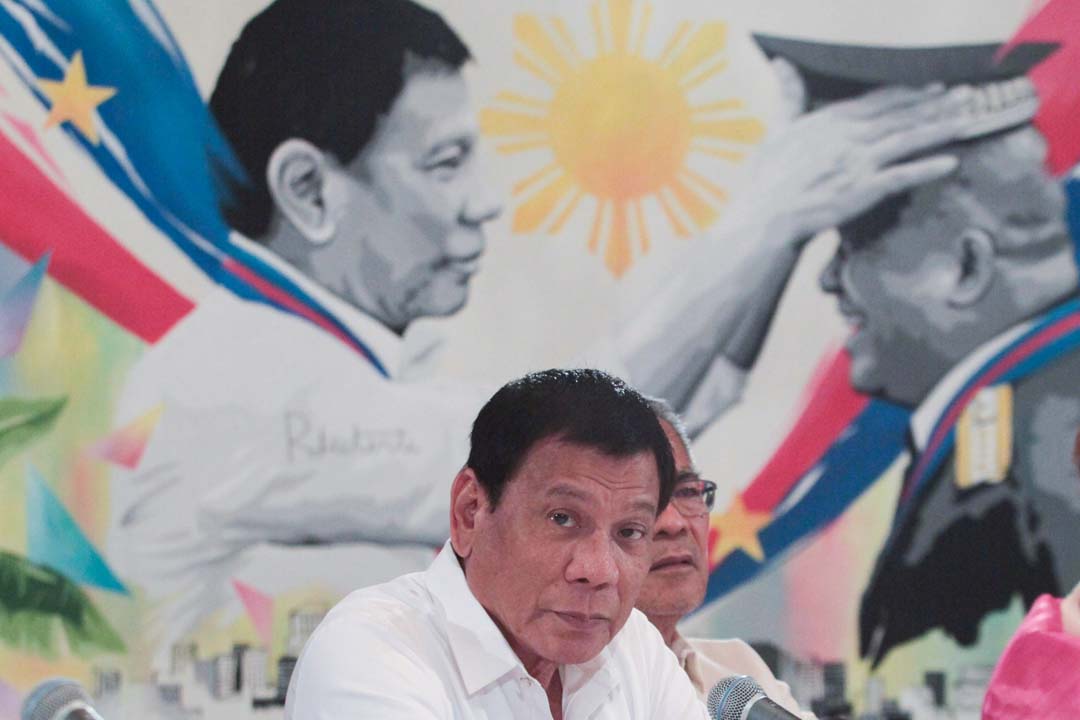 MANILA, Philippines – Before leaving for his back-to-back state visits in Brunei and China, President Rodrigo Duterte gave assurances he would not strike any bargains with China over the West Philippine Sea.

“There wil be no bargaining there. It is ours,” said Duterte about the West Philippine Sea, 90% of which China continues to claim as its exclusive economic zone despite an international court ruling in favor of the Philippines.

Duterte was holding a press conference on Sunday, October 16, at the Davao International Airport.

The President said he will “insist” that the arbitration award be discussed with Chinese officials but did not say explicitly if he would raise it during his October 18 to 21 Beijing trip.

But once it is taken up, Duterte will not be making any “hard impositions.”

“We continue to insist that the arbitral, international decision, will be taken up but there will be no hard impositions. We will talk and we will maybe paraphrase everything in the judgement and set the limits of our territories, the special economic zones,” he said.

While Duterte had previously indicated he might strike a deal with China on conducting joint explorations for oil in the West Philippine Sea in exchange for railways, he said there will be no bargaining with the Asian giant.

“No bargaining of our territories whether within the 12 or 200 [nautical miles]. It will remain a special concern and I will be very careful not to bargain anything,” he said.

Duterte agreed with Supreme Court Senior Associate Justice Antonio Carpio that conceding Philippine sovereignty in the West Philippine Sea is a violation of the Constitution and thus a ground for impeachment.

“I agree with him. We cannot barter what is not ours. It belongs to the Filipino people. I cannot be the sole authorizing agent for that is not allowed under the Constitution,” said the President.

Previously, Duterte said he will not give up fighting for the Philippines’ claim in the West Philippine Sea.

However, Chinese Ambassador Zhao Jianhua said the Chinese government is likely to avoid discussing what he calls the “divisive” sea ruling.

China strongly rejects the Hague decision and refuses to enter into bilateral negotiations that use the ruling as a starting point. – Rappler.com