Oct 17, 2016 8:10 PM PHT
Rappler.com
Facebook Twitter Copy URL
Copied
(UPDATED) Taft Avenue, Shaw Boulevard, and Commonwealth Avenue are among the latest additions to the list of roads without window hours. Coding hours will also be longer – 7 am to 8 pm. 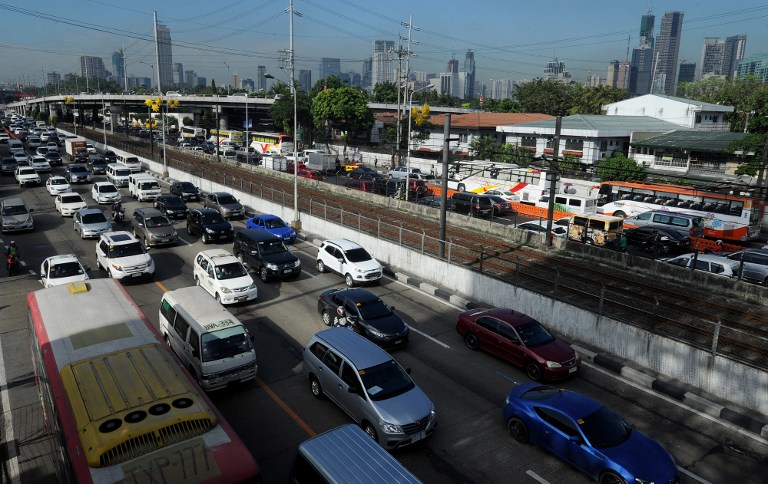 MANILA, Philippines (UPDATED) – The number coding scheme in Metro Manila will be expanded starting next month, as the government seeks to ease the worsening traffic.

In a statement on Monday, October 17, the Department of Transportation (DOTr) announced that the Inter-Agency Council on Traffic (i-ACT) and the Metro Manila Council (MMC) agreed that more roads should be covered by the suspension of window hours.

Window hours refer to the 5-hour period (10 am to 3 pm) where motorists can still be on the road even if their cars are covered by the number coding scheme for a particular day.

The following circumferential (C) and radial (R) roads will be included in the “no window hours” policy beginning November 2:

The i-ACT and MMC also decided to extend coding hours. From the current 7 am to 7 pm, coding hours will run from 7 am to 8 pm, also beginning November 2.

“The extended coding hours and expanded coverage of the ‘no window hours’ policy are aimed to decongest traffic flow and reduce volume of vehicles on national roads in Metro Manila,” said the DOTR in its statement.

Monday marked the strict implementation of the new “no window hours” policy along EDSA, C5, Roxas Boulevard, and Alabang-Zapote Road, as well as the cities of Mandaluyong, Las Piñas, and Makati.

According to the DOTR, “Metro Manila mayors and traffic managers responded positively to the measure, paving the way for the expansion of the policy.”

The strict implementation followed a dry run held from October 12 to 14.

During the dry run, more than 3,000 motorists were flagged down and given reminders about the “no window hours” policy. They were not yet issued tickets.

The Duterte administration is asking Congress for emergency powers to help it address the traffic crisis. Senator Grace Poe has said the Senate could approve the request by December, while it is still in the early stages of discussion in the House of Representatives. – Rappler.com