5 inmates who testified vs De Lima have pending clemency requests 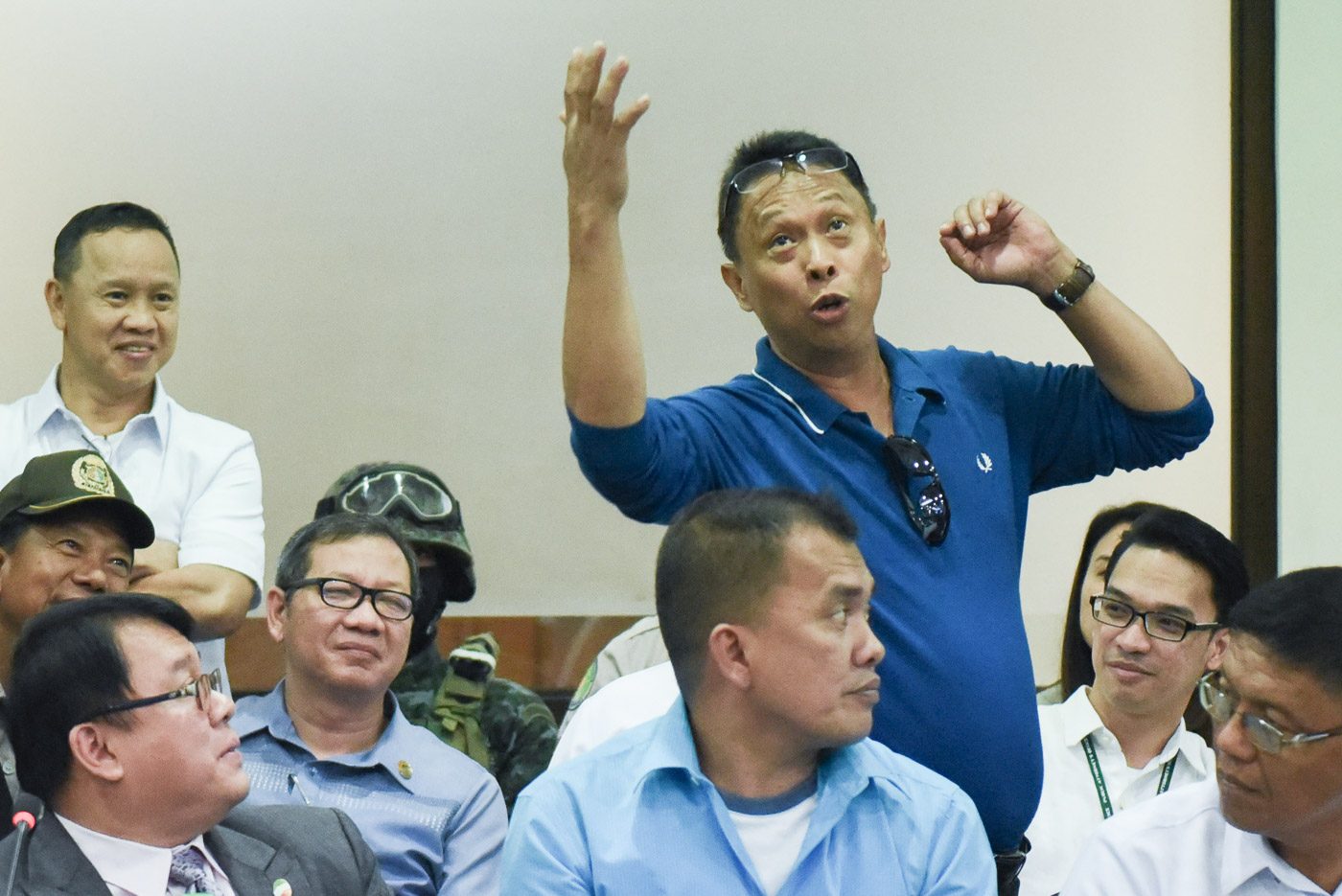 Magdalo Representative Gary Alejano revealed this on Tuesday, October 18, after asking the Board of Pardons and Parole (BPP) if any of the NBP inmates who testified had previously requested pardon, probation, or executive clemency.

He wrote the letter on October 11 and received the reply of BPP Executive Director Reynaldo Bayan 3 days later.

The convicts concerned are as follows:

The 5 were among the witnesses who pinned down De Lima during the 4 hearings conducted by the House committee on justice. The committee is done with its investigation and has finished its report, which it has yet to release to the public.

In their separate testimonies, the convicts claimed that De Lima is a coddler of prison drug lords and used millions of drug money to help fund her 2016 senatorial bid. (Read the wrap of the hearings on days 1, 2, and 3)

Justice Secretary Vitaliano Aguirre II had presented all the witnesses before the House panel, but he insisted that he had no influence whatsoever on the inmates’ testimonies.

Still, Albay 1st District Representative Edcel Lagman expressed concern, saying the inmates’ participation in the House probe could be their “ticket” to clemency.

“Itong mga applications na ‘to (These applications) for clemency or pardon will be enhanced by their cooperation in giving their testimonies. Itong posibleng ticket nila (This could be their ticket) for clemency,” said Lagman.

He said the pardon requests could be treated as another proof that the House probe was intended as a smear campaign against De Lima, the fiercest critic of Duterte.

“The resource persons and witnesses who testified were all under the jurisdiction of the secretary of justice because the Bureau of Corrections and the NBI (National Bureau of Investigation) are attached agencies. ‘Pag merong prosecution, pupunta sa Department of Justice (If there is prosecution, it goes to the Department of Justice). Ang masama pa nito (What’s bad is that) the secretary of justice is the alter ego of the President and the executive should not actively participate in the proceedings of a committee of Congress,” said Lagman.

‘Fear of the unknown’

Asked for his reaction, committee on justice chairperson Representative Reynaldo Umali said: “That is, as usual, a concern that a minority group would always raise but for me that is fear of the unknown.”

He added that the witnesses’ requests for pardon are under the jurisdiction of the Department of Justice and the Office of the President, not his committee.

According to Umali, the committee members were not aware of the convicts’ pending pardon requests prior to the hearings. – Rappler.com