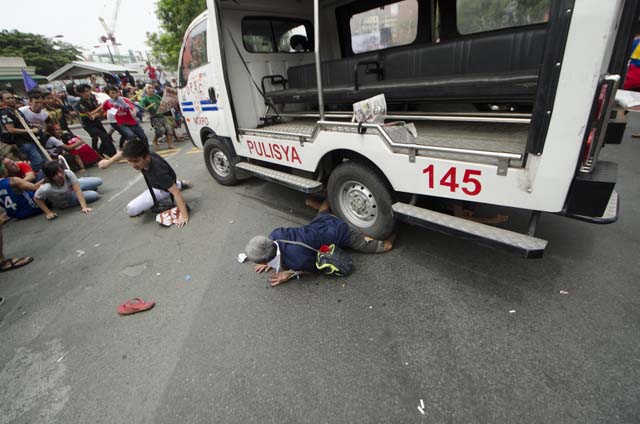 MANILA, Philippines – Even as an investigation was still underway, Metro Manila’s top cop on Wednesday, October 19, insisted that the police officer who rammed through, and injured, several protesters outside the US embassy was not to blame for the incident.

Chief Superintendent Oscar Albayalde, National Capital Region Police Office (NCRPO) chief, confirmed in a statement that the police van hit protesters but insisted the driver was not at fault.

“They weren’t really run over,” Albayalde said, referring to the protesters.

“The [protesters] were trying to flip over the patrol car. In the process, the driver extricated the patrol car and inadvertently hit some unruly protesters who sustained minor injuries,” he explained.

Albayalde made the statement as the Philippine National Police (PNP) directed the NCRPO to investigate the incident to check if members of the Manila Police District observed police operational procedures in handling the protest.

In a separate statement, the PNP said the investigation would also determine if leaders of the protest action can be held criminally liable for holding the “illegal mass action.”

“The investigation will also determine the criminal and civil liabilities of the leaders and personalities from the ranks of the militant activists that initiated the illegal mass action,” it said.

But the PNP later issued an updated version of their statement, which now reads: “The PNP assures the public that the investigation will determine the liabilities of all personalities from both sides whose involvement led to the incident.”

In a statement, the Pagkakaisa ng Manggagawa sa Timog Katagalugan-Kilusang Mayo Uno (PAMANTIK-KMU) demanded that Police Officer Franklin Kho, the alleged driver of the police vehicle, be held accountable for the injuries sustained by those who got hit by the van as the protest ended.

“We remain in holding Col. Pedroso, PO3 Kho and all those responsible for the violent dispersal accountable and should be meted out with administrative and criminal charges; as the dispersal clearly came from the policemen’s side,” it said.

The PNP said it is “unfortunate” that people were hurt in the confrontation “that allegedly began when the much bigger group of militant activists broke into the smaller defensive formation of the MPD Civil Disturbance Management contingent that stood its ground to prevent an escalation of violence.”

A total of 23 protesters were arrested, said Chief Inspector Arsenio Riparip, one of the officers overseeing the incident.

He said the protesters broke through the line of police securing the embassy’s gates.

“We had to disperse them. They started it. They were trying to enter the embassy,” Riparip told Agence France-Presse. “We had to use tear gas. They overpowered our policemen.”

A police van reversed quickly back into a crowd of dozens of protesters and then forward, running over at least two people and banging into others.

A man got trapped underneath the stationary van, with his leg and hips under one of the back tires. 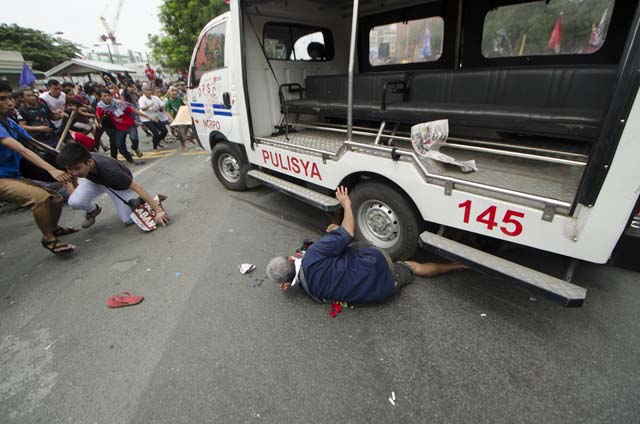 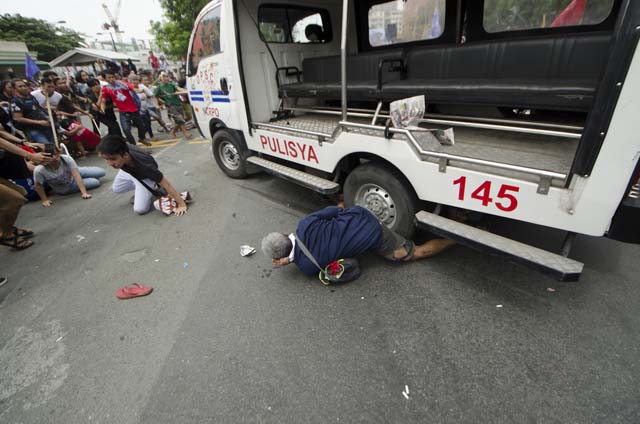 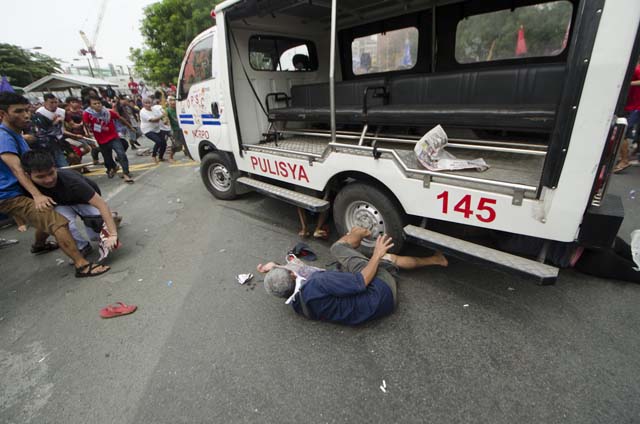 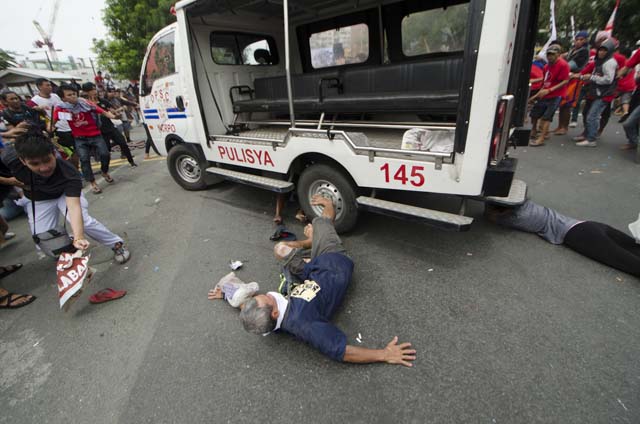 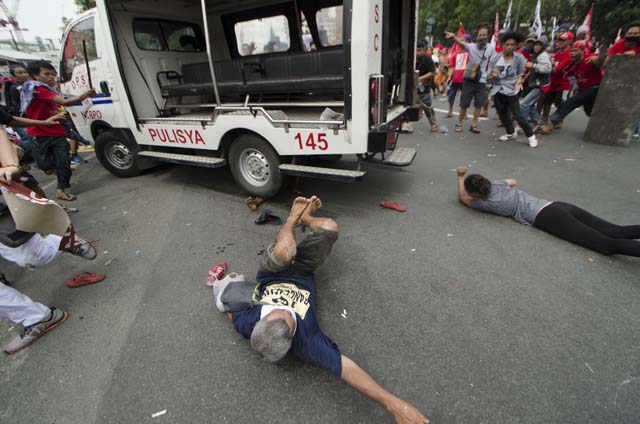 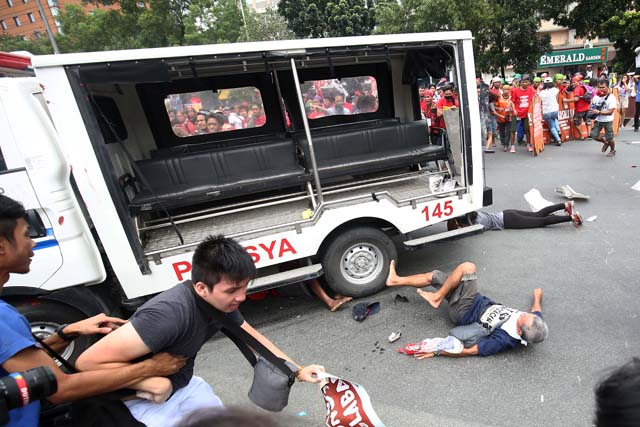