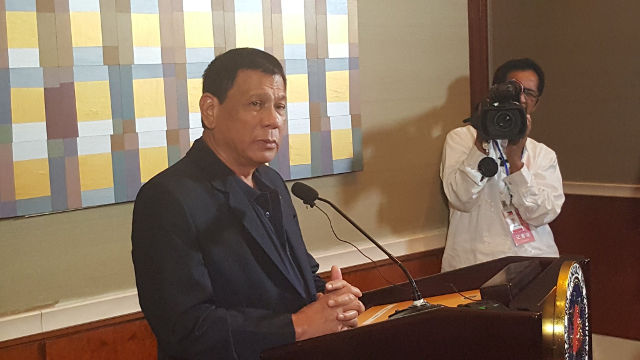 BEIJING, China – Days after saying he was open to the Philippines joining war games with China and Russia, President Rodrigo Duterte said military alliances are not on the agenda with Chinese officials during his ongoing state visit.

In fact, he said he is not keen on forging military alliances with any other country.

Previously, when asked if he is open to military exercises with these two countries, he said, “Yes, I will. I have given enough time for the Americans to play with the Filipino soldiers.”

But on Wednesday, he said he was averse to the idea of more military alliances with foreign powers.

“What I’m saying is, we are not interested in adding fuel to what is already a volatile world,” he said.

His statement comes after his public rants against the United States and praises to China and Russia. In his tirades against the US, he has threatened to put under review a military agreement inked by America and the Philippines and has declared he would stop war games of the two countries.

He has also said he wants US troops out of Mindanao, fearing their presence will increase tensions in the southern region.

In comparison, he has talked of purchasing military equipment from China and Russia. He even said these countries offered loans to the Philippine government for such acquisitions.