Duterte and Xi talked about fishing rights in Scarborough Shoal

Oct 23, 2016 12:27 AM PHT
Pia Ranada
Facebook Twitter Copy URL
Copied
’ll leave it to the Chinese authorities, what they will do in the next few days...Let us see what develops in the days to come,' says Duterte, hinting at possible developments on the sticky issue of fishing rights 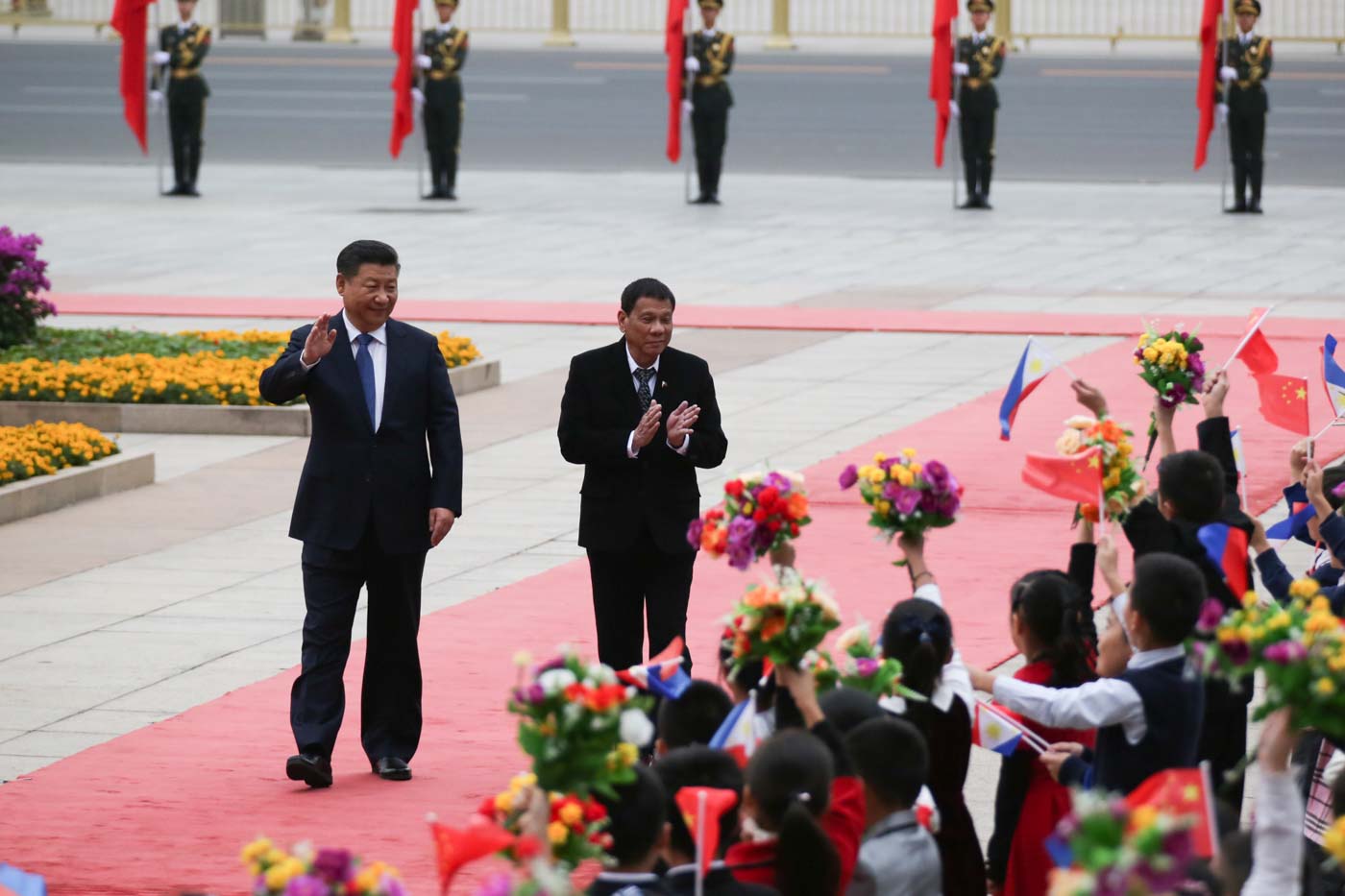 Asked if this sticky topic was discussed between the two leaders during his China state visit, Duterte said, “Yes, of course we did.”

He gave this response during a press conference he gave upon landing in Davao City from Beijing early Saturday, October 22.

But Duterte refused to elaborate since his talks with Xi are considered confidential. Their one-on-one talk on October 20 was said to have gone overtime.

“Napag-usapan namin pero (We talked about it but), no, no – I’ll leave it to them to – that’s one of the things I said that in the private talks which I cannot [disclose],” said Duterte.

The President hinted that there could be a development on the issue soon.

“I’ll leave it to the Chinese authorities, what they will do in the next few days…Let us see what develops in the days to come,” he said.

In the weeks before his China visit, Duterte said he would “demand” that China “give back” Filipinos’ fishing rights in the West Philippine Sea (South China Sea).

Chinese coast guards have been reported to block Filipino fishermen from Scarborough Shoal, part of the disputed waters. But an international arbitration court ruled in July that China’s expansive claim in the West Philippine Sea has no basis.

The decision also ruled that Scarborough Shoal is a traditional common fishing ground of Chinese, Filipino, and Vietnamese fishermen.

During Duterte’s visit, Xi and he agreed to pursue bilateral talks on the maritime dispute and to exercise “self-restraint” in conducting activities in the West Philippine Sea. – Rappler.com