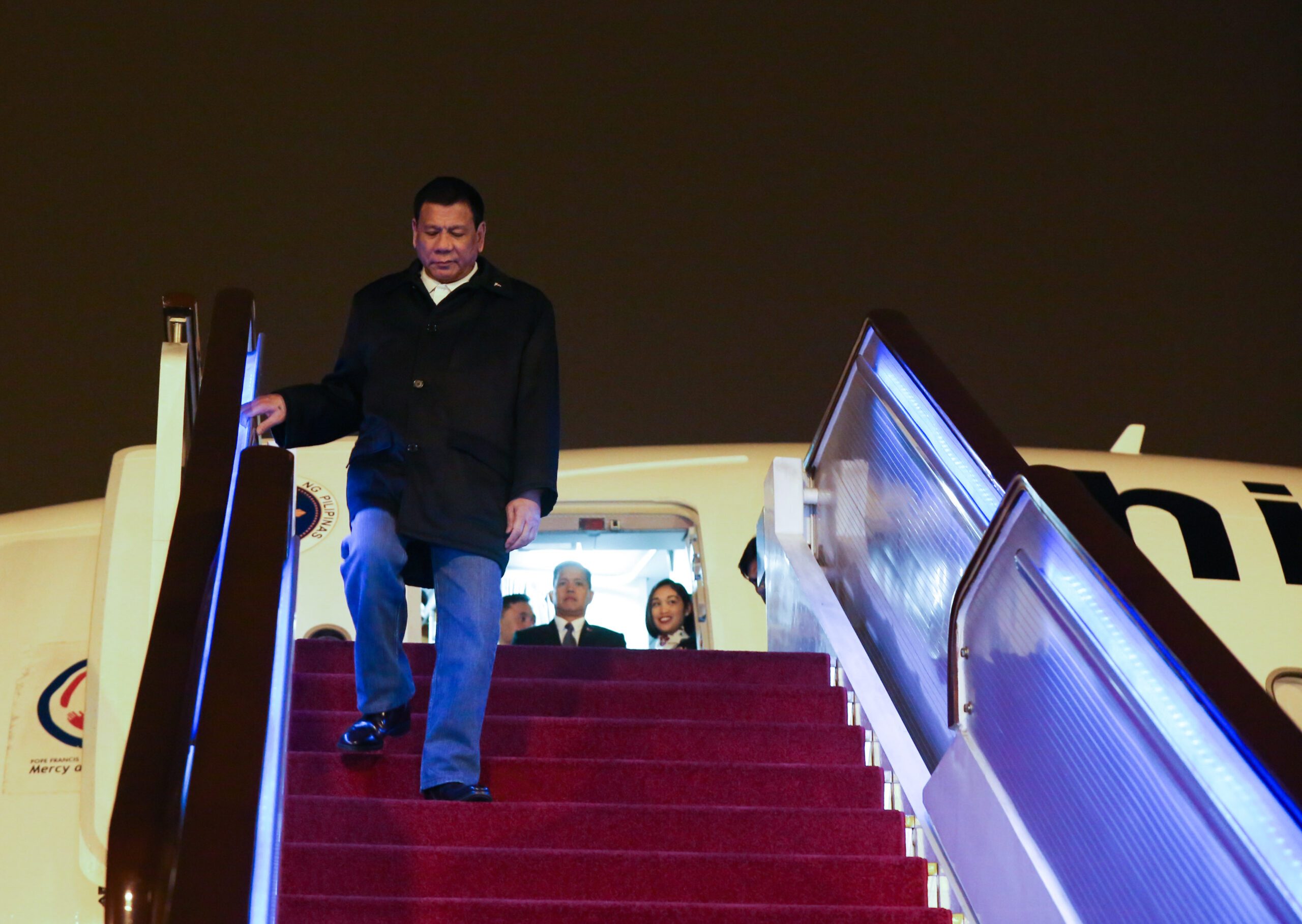 MANILA, Philippines – Depending on “developments,” President Rodrigo Duterte said future talks with China over maritime disputes in the South China Sea might include Japan.

“We (Philippines and China) will find the day to talk about it – only on the issue of the South China Sea. It could be bilateral. It depends on the developments. It could be multilateral, and that would include Japan,” Duterte said Friday night, October 21, during a press briefing in Davao City upon his arrival from Beijing.

“Those are what I suggested (to China) [that we can do] in the future,” Duterte said.

Duterte is visiting Japan next week, his 6th foreign destination as Philippine president. His statement Friday night was a response to a Japanese reporter who asked about the agenda in Japan. (READ: Duterte’s Japan visit to focus on investments, defense)

“We can only agree to talk peacefully to resolve the dispute and maybe come up with something that is good for everybody. Just maybe,” Duterte said.

Japan also has maritime disputes with China, particularly over the Japan-controlled Senkaku Islands located west of Japan and east of China. Taiwan is also a claimant.

Based on their common alliance with the US, Japan and the Philippines stepped up security cooperation during the previous administration of President Benigno Aquino III, donating ships to beef up the fleet of the Philippine Coast Guard.

In 2015, Philippine and Japanese navies flew together over the West Philippine Sea for the first time since the World War 2. The two countries also began talks on a possible visiting forces treaty that will allow Japanese troops in the Philippines.

Duterte’s state visit to China has resulted in, among others, a Memorandum of Understanding (MOU) on the establishment of “joint coast guard committee on maritime cooperation.”

Duterte resumed bilateral relations with China, years after the previous administration froze communications lines because of China’s practical occupation of Scarborough Shoal. The Philippines filed and won an arbitration case against China to junk its blanket claim of historic rights over the seas.

Duterte gave assurances that he will not give up the country’s sovereignty over the West Philippine Sea amid concerns that his pivot to China will allow the military superpower to dominate the South China Sea.

“I told everybody and I told China, I cannot surrender anything there,” Duterte said.

Duterte said his visit to Japan will focus on economic cooperation.

“My talks with the Japanese government would really be solely on, most of it really, is economic cooperation and, of course, shared interests,” he said.