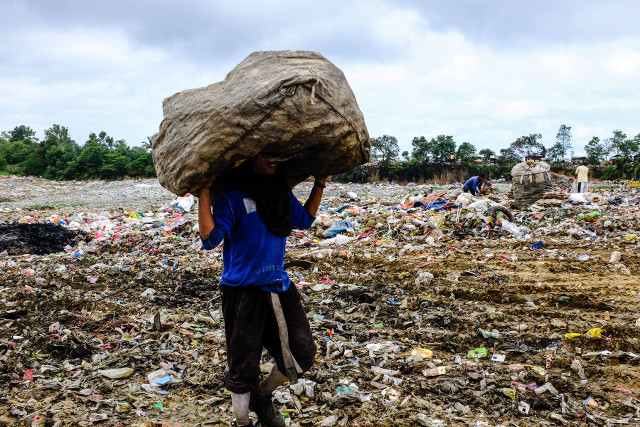 CAGAYAN DE ORO CITY, Philippines – The Office of the Ombudsman summoned city mayor Oscar Moreno and other past and current local officials to answer the charges against them over violations of the Ecological Solid Waste Management Act.

Moreno, former city mayor Vicente Emano, and councilors of the 17th and 18th city council will face members of the Environmental Ombudsman in Davao City on Wednesday, October 26.

The charges against the city officials stem from the open dumpsite located in Upper Dagong, Zayas in Barangay Carmen.

The dumpsite has been one of the crucial issues that has haunted Moreno since he became mayor in 2013.

City environment office chief Edwin Dael, one of the respondents in the case, said that city officials will present what they have done with the dumpsite since taking over in 2013.

Dael said he and Moreno fought off an Emano-dominated city council that denied a budget proposal from Moreno for the controlled closure and rehabilitation of the dumpsite, and the opening of a new landfill.

“Despite the challenges, we were able to close and rehabilitate 50% of the Zayas dumpsite,” Dael said.

“We are confident that with what we have done in 3 years, we will be able to defend our position. In the last administration, it was not their priority to comply with the law,” he added.

In 2010, the city government sought the assistance of the Environment Management Bureau-Department of Environment and Natural Resources (EMB-DENR) in Region 10 for a proposed new landfill project.

The P300-million project was too expensive, and the land suggested by the city was not a suitable site.

The city government of former mayor Emano instead focused on privatizing the garbage collection of the city.

The 25-hectare site, located 17 kilometers from the city proper, will be able to accommodate 20 years worth of garbage.

Dael said the proposed sanitary landfill will have modern garbage technologies, including methane gas harvesting and leeching pipes, among others.

Scavengers will also be banned from the new landfill.

Dael added that the city has strengthened its garbage collection at the barangay level.

“It is mandated by the law that the barangay will enforce the law, starting with the in-source garbage segregation, frameworks on garbage collection,” Dael said. – Rappler.com