Oct 25, 2016 6:32 PM PHT
Agence France-Presse
Facebook Twitter Copy URL
Copied
(UPDATED) The Philippine leader slams comments made by the top US envoy to Asia that his fiery rhetoric and crime war were bad for business 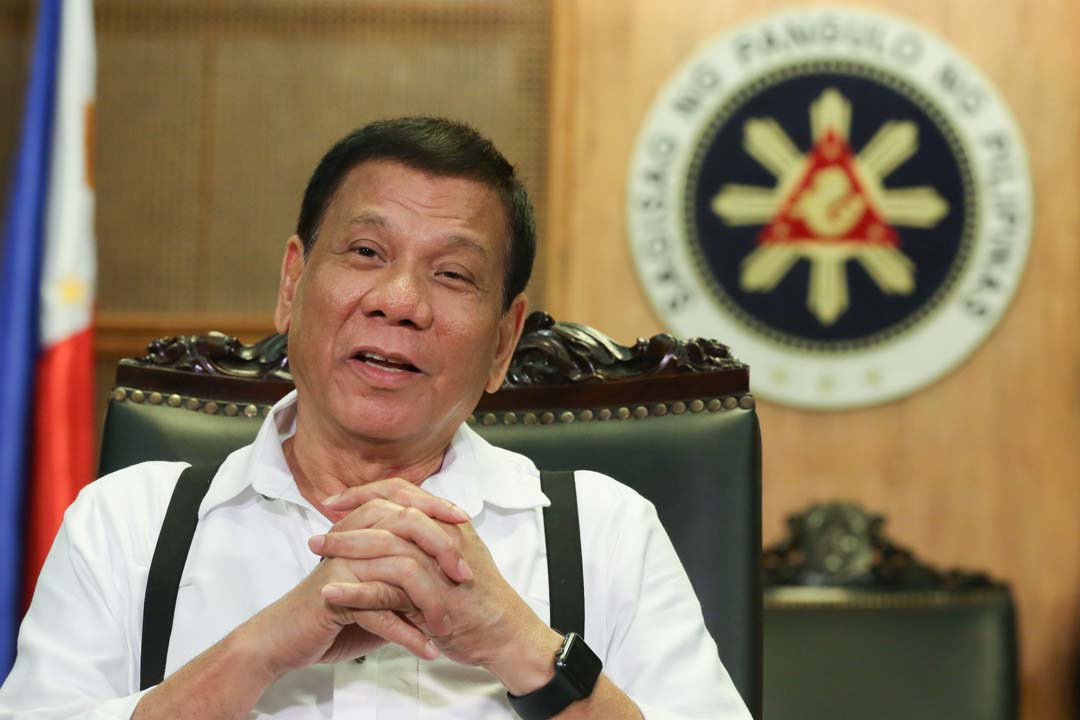 TOKYO, Japan (UPDATED) – President Rodrigo Duterte on Tuesday, October 25, urged foreign businesses in the Philippines worried about his deadly drug war to “pack up and leave”, as he launched another anti-American tirade before flying to Japan to attract investments.

Duterte voiced outrage at comments made the previous day by the top US envoy to Asia that his fiery rhetoric and crime war, which has claimed about 3,700 lives in four months, were bad for business.

“These Americans are really crazy,” Duterte said, as he held up a newspaper with headlines reporting criticism from US assistant secretary of state Daniel Russel.

“Russel says ‘Duterte comments causing worries in business communities’. Then you pack up and leave. We will recover, I assure you.” (READ: Duterte to Russel: Don’t ask me to tone down rhetoric)

Duterte then flew to Japan, one of the top US allies in Asia, for a three-day visit that is partly aimed at building on two-way trade of more than $18 billion dollars last year.

“With Japan as the Philippines’ top trading partner, I shall seek the sustainment and further enhancement of our important economic ties,” Duterte, 71, said in prepared remarks at Manila airport.

“I look forward to meeting business leaders in Japan. I will tell them clearly that the Philippines is open for business.”

Upon arrival in Tokyo, he proceeded to a hotel for an event with members of the local Filipino community where he heaped more invective on Washington.

“I do not want to fight,” he said. “But these stupid Americans, you know the Americans are really a bully… they are bullies, these pests.”

In contrast, Duterte had nothing but praise for Tokyo.

“Japan has really been our biggest helper,” he said, citing assistance in the form of an airport and road-building projects.

“The fact is they are really so very kind,” he added.

But his harsh criticism of Washington – which guarantees Japan’s security – is likely to be seen as embarrassing.

Duterte will meet with Prime Minister Shinzo Abe and have an audience with Emperor Akihito during the trip, which follows his headline-grabbing state visit to China last week.

A self-proclaimed socialist with close links to communists, Duterte last week announced in Beijing the Philippines’ “separation” from the US, throwing into doubt a 70-year alliance that is anchored on a mutual defence treaty.

He quickly walked back from his comments after returning from China, saying “separation” did not mean he would “sever” ties and that the US alliance would continue.

Prior to departure for Tokyo, Duterte said he was not a “lapdog” of the US, and again voiced anger at American and European criticism of apparent extrajudicial killings on his watch.

“You are a son of a whore,” he said referring to his critics.

“Do not make us dogs. Do not. As if I am a dog with a leash and then you throw bread far away that I cannot reach.”

Duterte has previously branded US President Barack Obama a “son of a whore” and told him to “go to hell”.

Russel, the US envoy, said after meeting Philippine Foreign Secretary Perfecto Yasay on Monday that many people around the world were becoming increasingly worried about Duterte’s tirades.

Japan, which is wary of China’s rising influence in the region, signalled it would be looking for clarification from Duterte about his foreign policy plans.

“It is important to have good communication and to listen directly to what Mr Duterte has in mind,” Japanese Foreign Minister Fumio Kishida told reporters ahead of a meeting with the president when asked about his comments on ties with Washington.

Japan provided patrol boats to support the Philippines in its territorial row with Beijing over rival claims to the South China Sea, as it sought backing in its own maritime dispute with China.

Aquino took Beijing to an international tribunal over its extensive claims in the South China Sea – where it has built artificial islands capable of hosting military facilities – and the Philippines won a resounding victory in July.

But Duterte has sought not to use the verdict to anger China, instead worked to improve ties and attract billions of dollars in Chinese loans and investments. – Rappler.com