Oct 27, 2016 9:26 AM PHT
Rappler.com
Facebook Twitter Copy URL
Copied
The Court of Appeals says the prosecution 'failed to prove' that former Pagadian City mayor Samuel Co 'performed any overt act in furtherance of the alleged conspiracy' 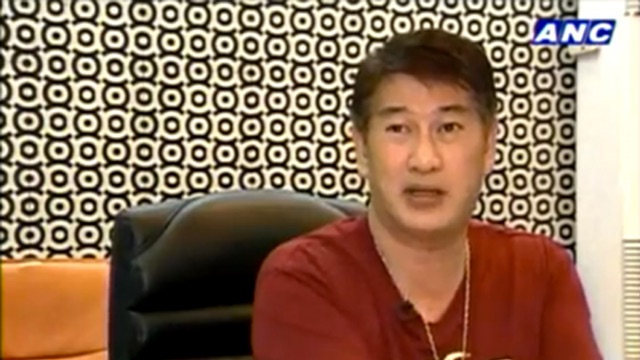 MANILA, Philippines – Former Pagadian City mayor Samuel Co, who has been tagged as one of the alleged masterminds behind the multibillion-peso Aman Futures Group investment scam, has been granted bail by the Court of Appeals (CA).

Co, along with his wife Priscilla, were charged in 2012 with syndicated estafa for their alleged involvement in the scam, which victimized around 15,000 investors in the Philippines, mostly in the Visayas and Mindanao.

The lower court had denied Co’s bail petition back in 2015, saying that Co’s position as Pagadian mayor was used to influence the victims to part with their money and invest in the scam.

In addition, it was Co who issued a temporary business permit for the company, and it was him who tried to help arrange the return of the money to the victims, which the court saw as a form of complicity with the scammers.

However, the CA said the prosecution “failed to prove that petitioner performed any overt act in furtherance of the alleged conspiracy.”

“The allegation that petitioner is a friend of the direct principals does not constitute strong evidence that he had conspired with them,” the CA ruling said.

In addition, Co’s “issuance of a temporary business permit in favor of Aman Futures merely shows that it complied with the requirement of submission of the requisite documents pertinent to the application, and nothing more.”

The appellate court also said the prosecution did not give evidence that showed the former mayor indeed invited people to invest in the controversial scheme.

“The Court hereby orders the provisional release of petitioner Samuel Co… upon posting of a cash bond of P500,000, unless he is being detained for some other lawful cause or causes,” the CA division said in its decision.

The pyramid scam, dubbed one of the biggest in the country’s history, is estimated to have robbed investors of P12 billion in hard-earned cash. (READ: Timeline: The Aman Futures pyramid scam)

The alleged mastermind, Emmanuel Amalilio, is in jail in Malaysia for carrying fake identification documents. In 2014 the Philippine government failed to have him extradited back to the country to face charges related to the scam. – Rappler.com