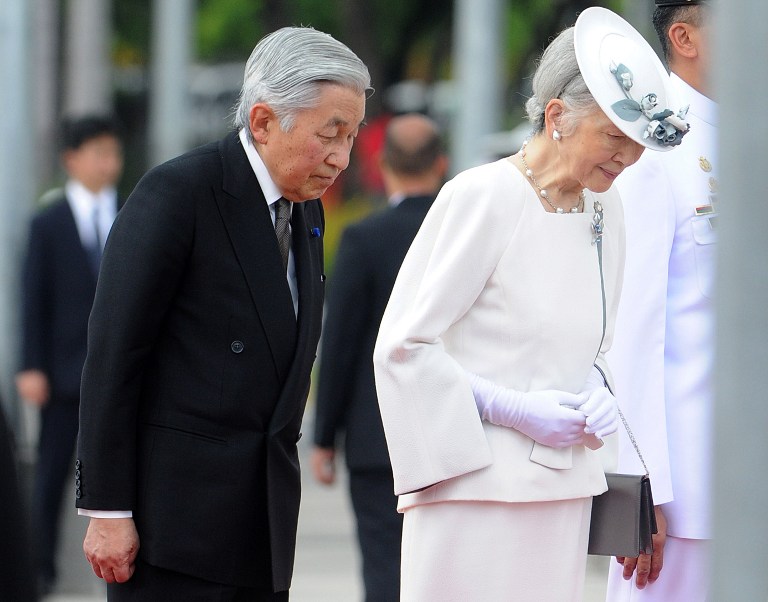 MANILA, Philippines – The courtesy call of Philippine President Rodrigo Duterte on Emperor Akihito of Japan was cancelled due to the death of Prince Mikasa, the Emperor’s uncle.

Duterte’s courtesy call was scheduled to take place at 5 pm in Japan (4 pm Manila time) on Thursday, October 27, at the Shohiro-ma Imperial Palace.

Duterte was apparently told by his protocol officers not to continue with the courtesy call out of respect for the Emperor’s loss.

“I’d like to express my deepest condolence. The protocol officer [told me], huwag na lang akong magpunta doon (that it’s better for me not to go there) and I respect that because I would ask the same, maybe request, if I were in his shoes,” said Duterte in a chance interview.

Prince Mikasa died at the age of 100. Before his death, he was the oldest member of the Imperial Family.

The Prince was the youngest brother of Emperor Akihito’s father, Emperor Hirohito, who was head of state during Japan’s military expansion during World War II.

Prince Mikasa taught ancient Oriental history at colleges and was the honorary president of the Middle Eastern Culture Center in Japan and the Japan-Turkey Society. – Rappler.com