Living among the dead for generations

Oct 30, 2016 12:30 PM PHT
Rick Rocamora
Facebook Twitter Copy URL
Copied
For the Gerbuellas clan, five generations of their family have been living at the Manila South Cemetery. Every year, they must vacate their home so that people can pay respects for their dead.

Every year when families visits their dead in cemetery all over the Philippines, many who are comfortably living among them for a day or two must vacate their abode so that relatives can pay their respect for their dead. 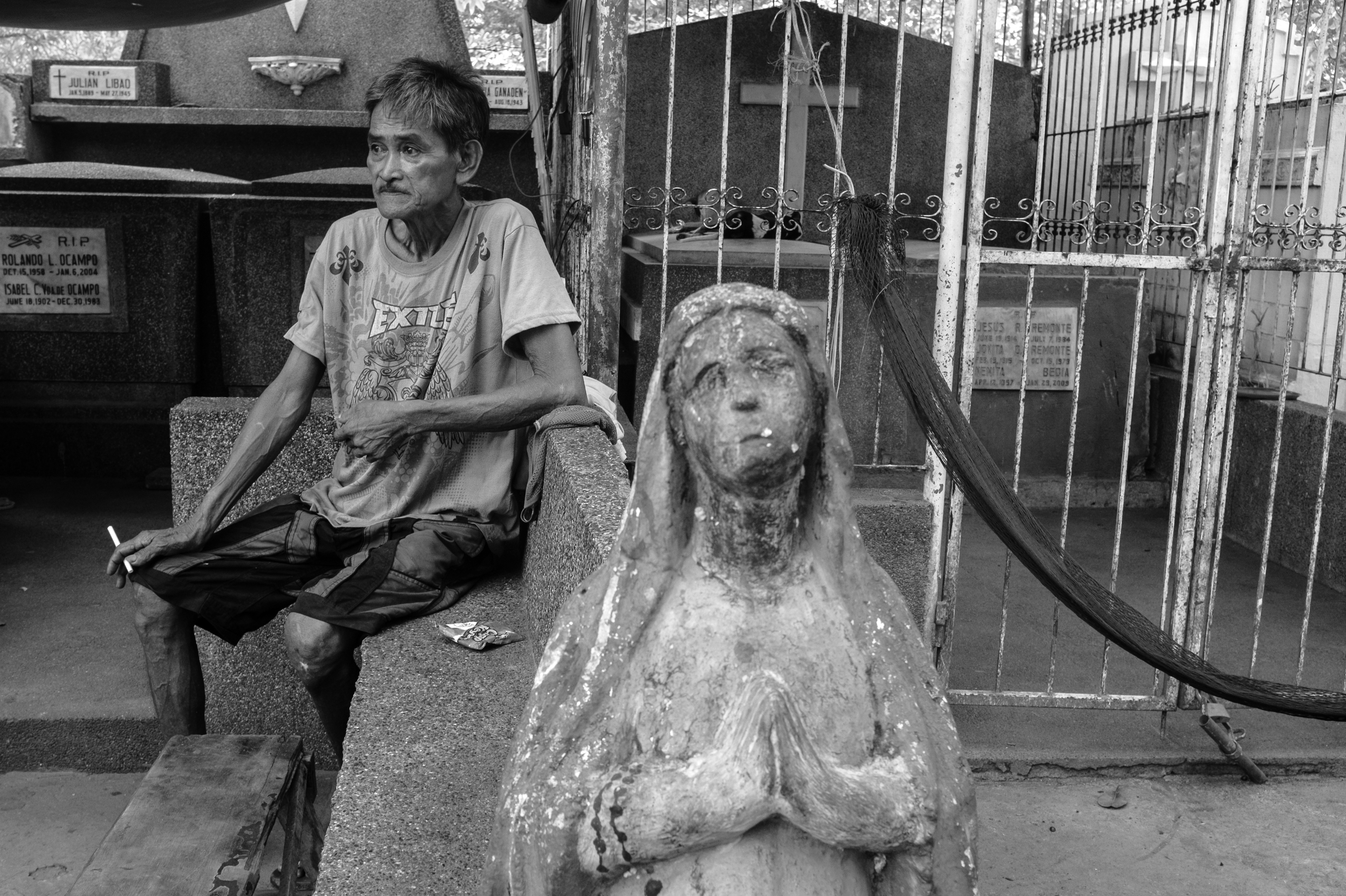 For the Gerbuellas clan at Manila South Cemetery, 5 generations of their family have been doing this once a year. 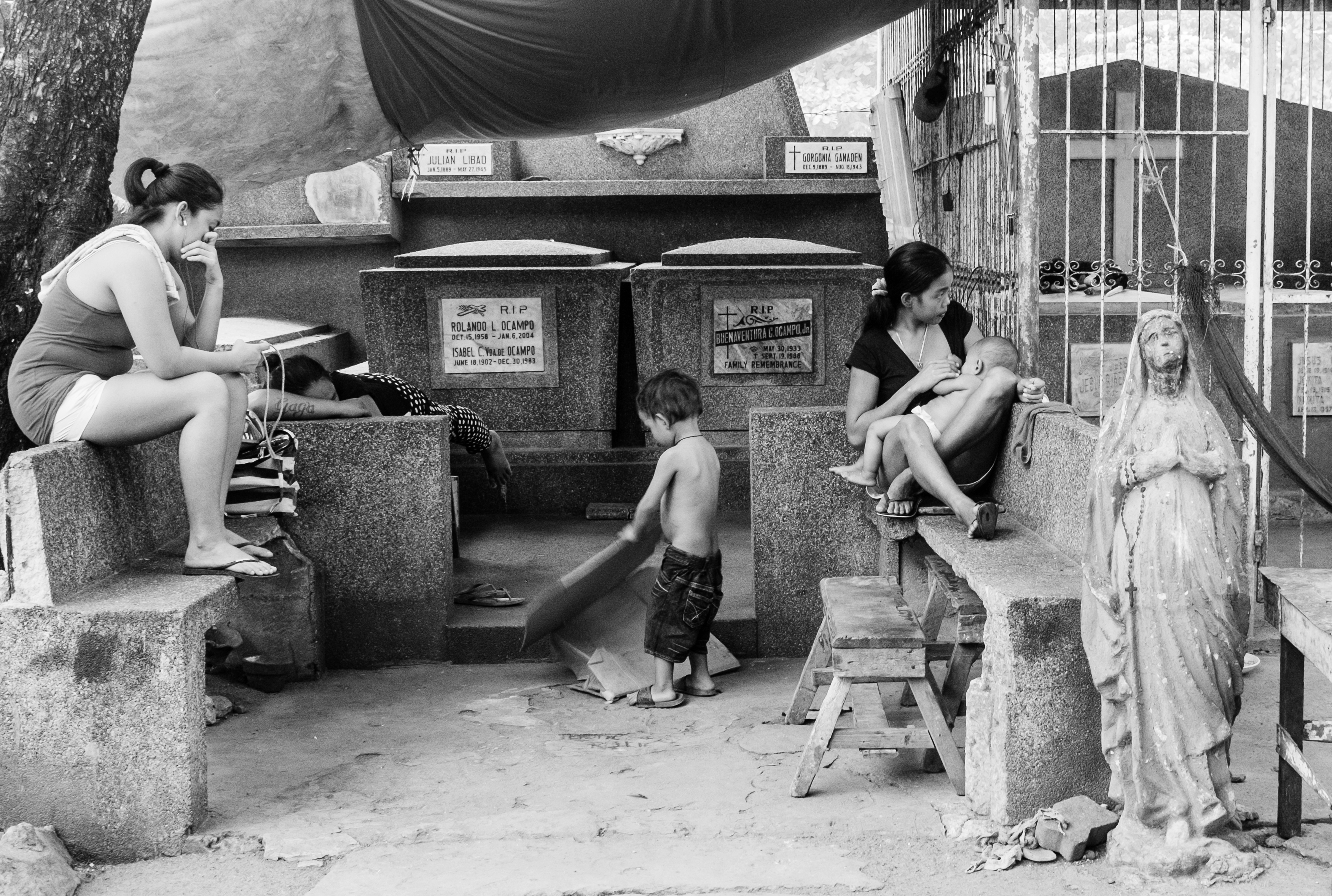 The Gerbuellas, now headed by Mang Dagul, who is the eldest of 5 siblings, along with their respective children, grandchildren, and great grandchildren, have called the Manila South Cemetery their home. 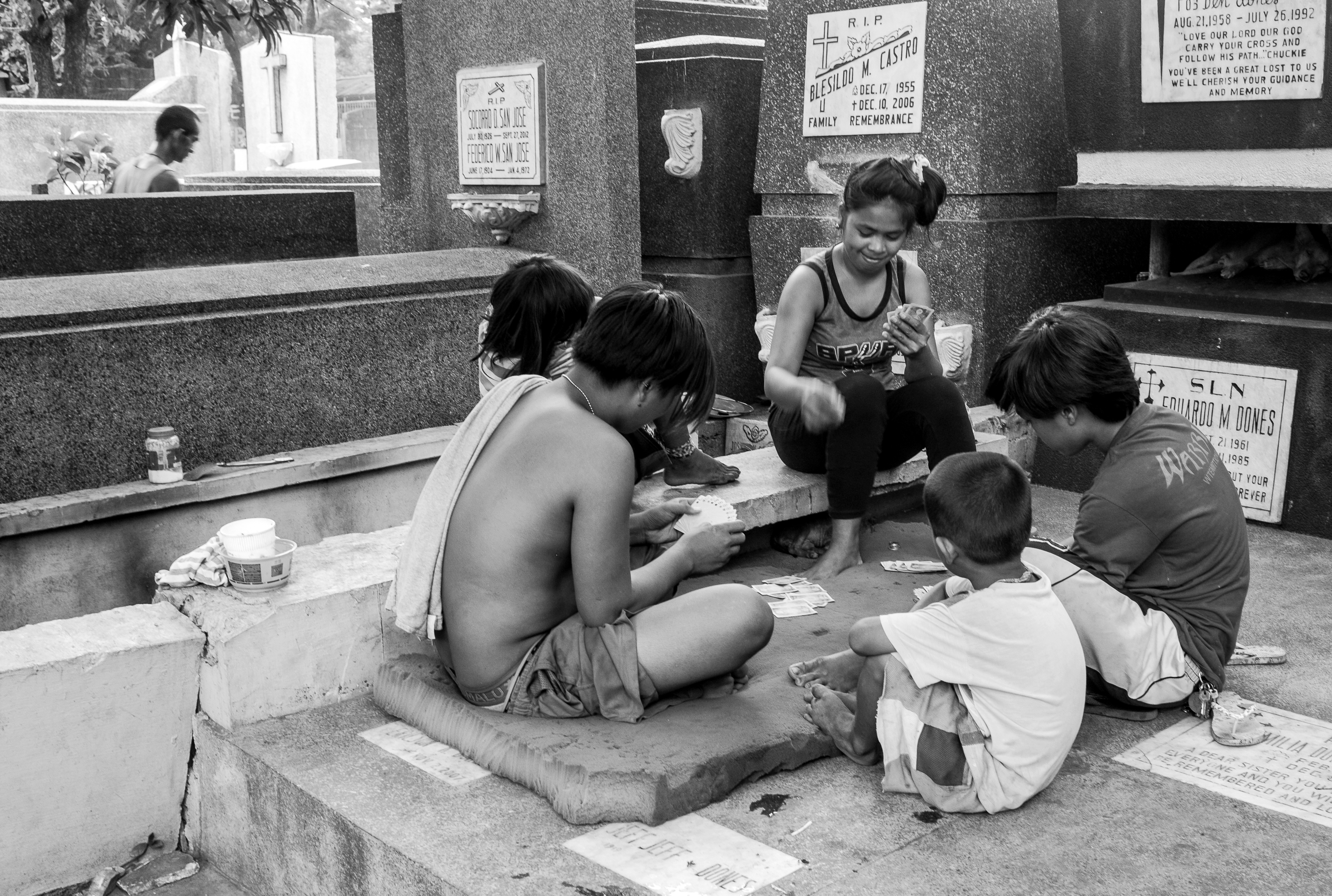 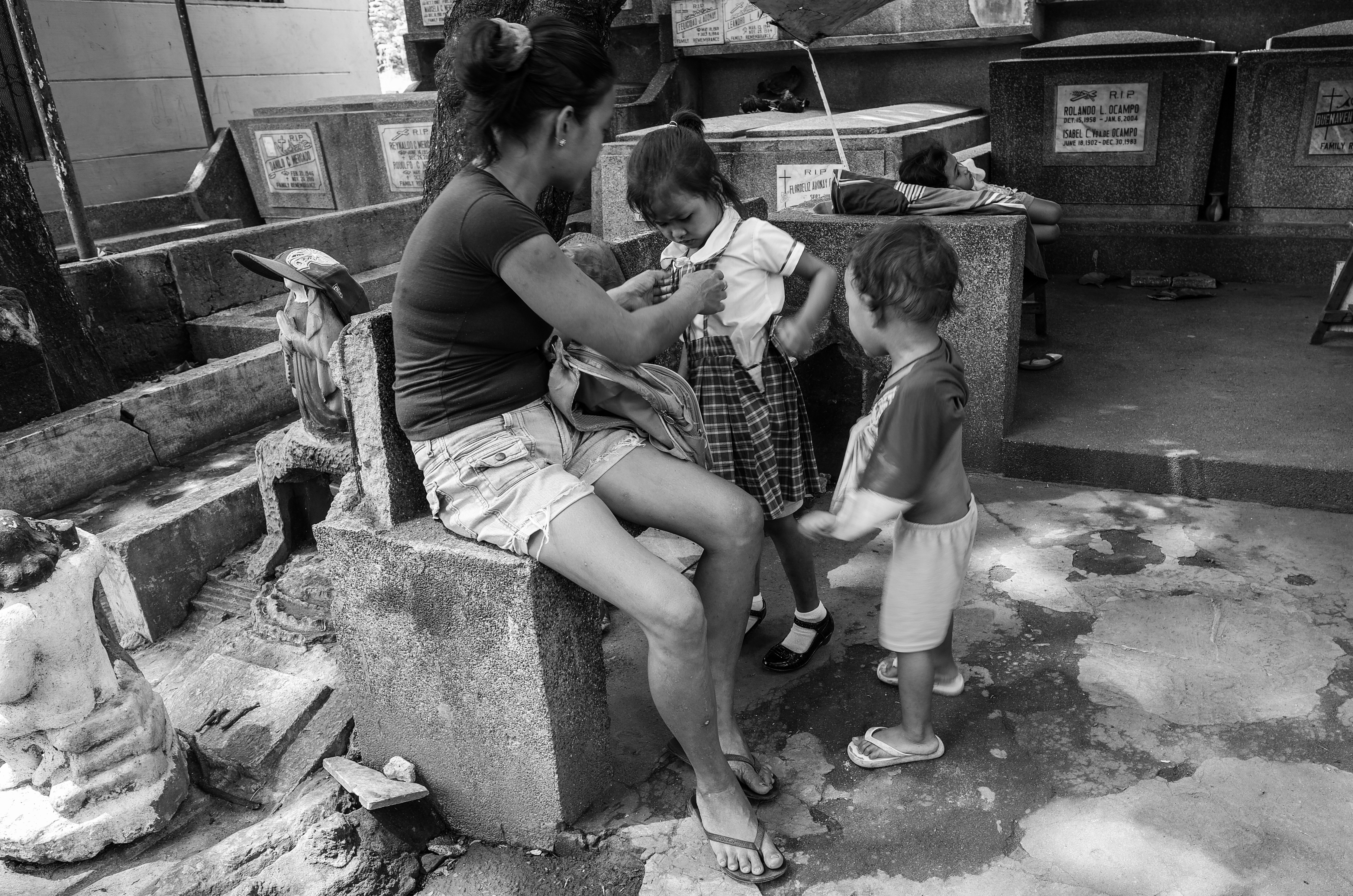 Their main source of income is preparing the crypts for the dead, and maintaining and cleaning of old ones for families who are willing to pay a fee for their upkeep. 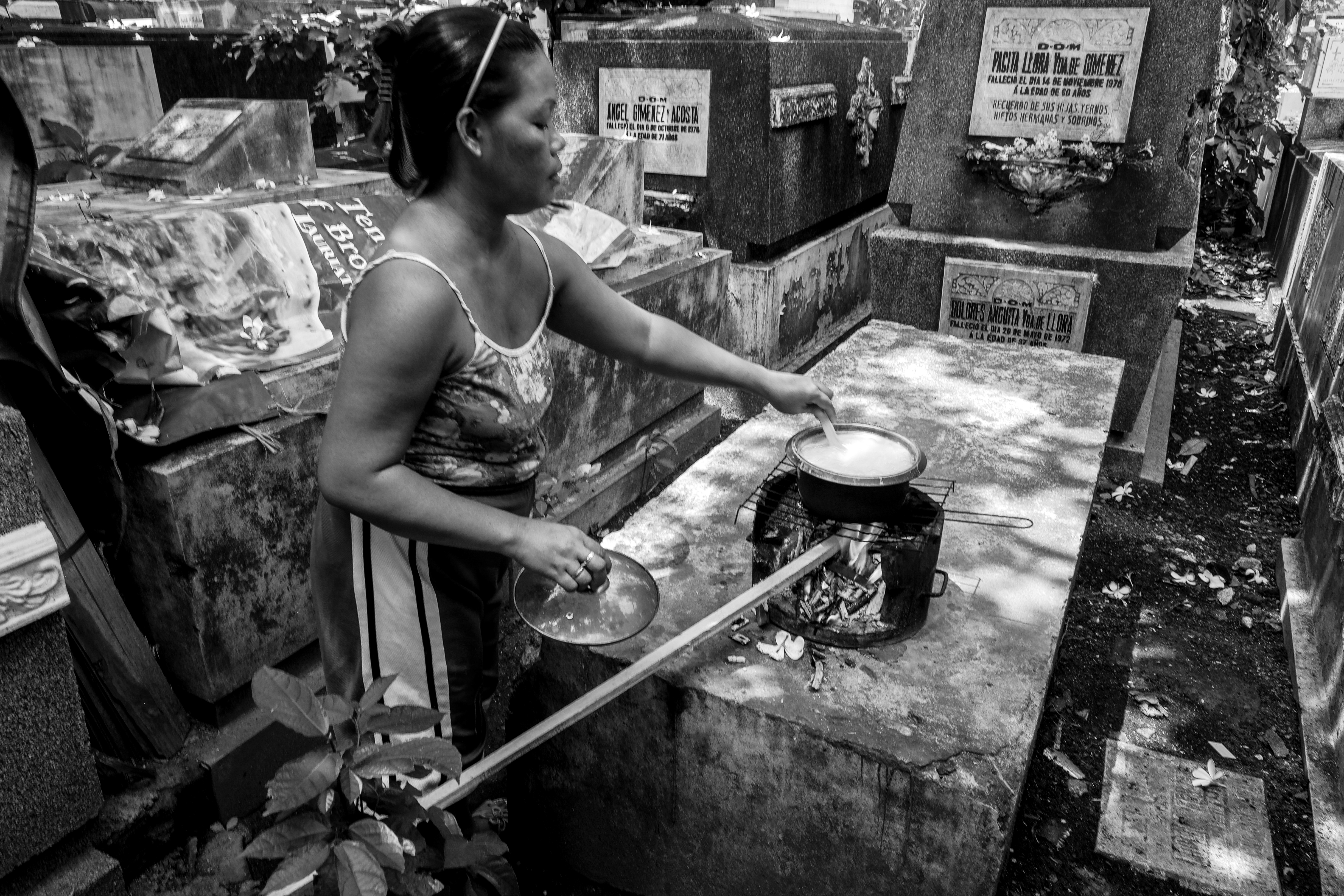 Others have found other means of earning a living: driving motorized tricycles, tending sari-sari stores, selling food, collecing recyclables, doing laundry, and sometimes working outside the cemetery as regular employees.

Some of their grandchildren go to schools, and a couple of them are now getting college degrees. 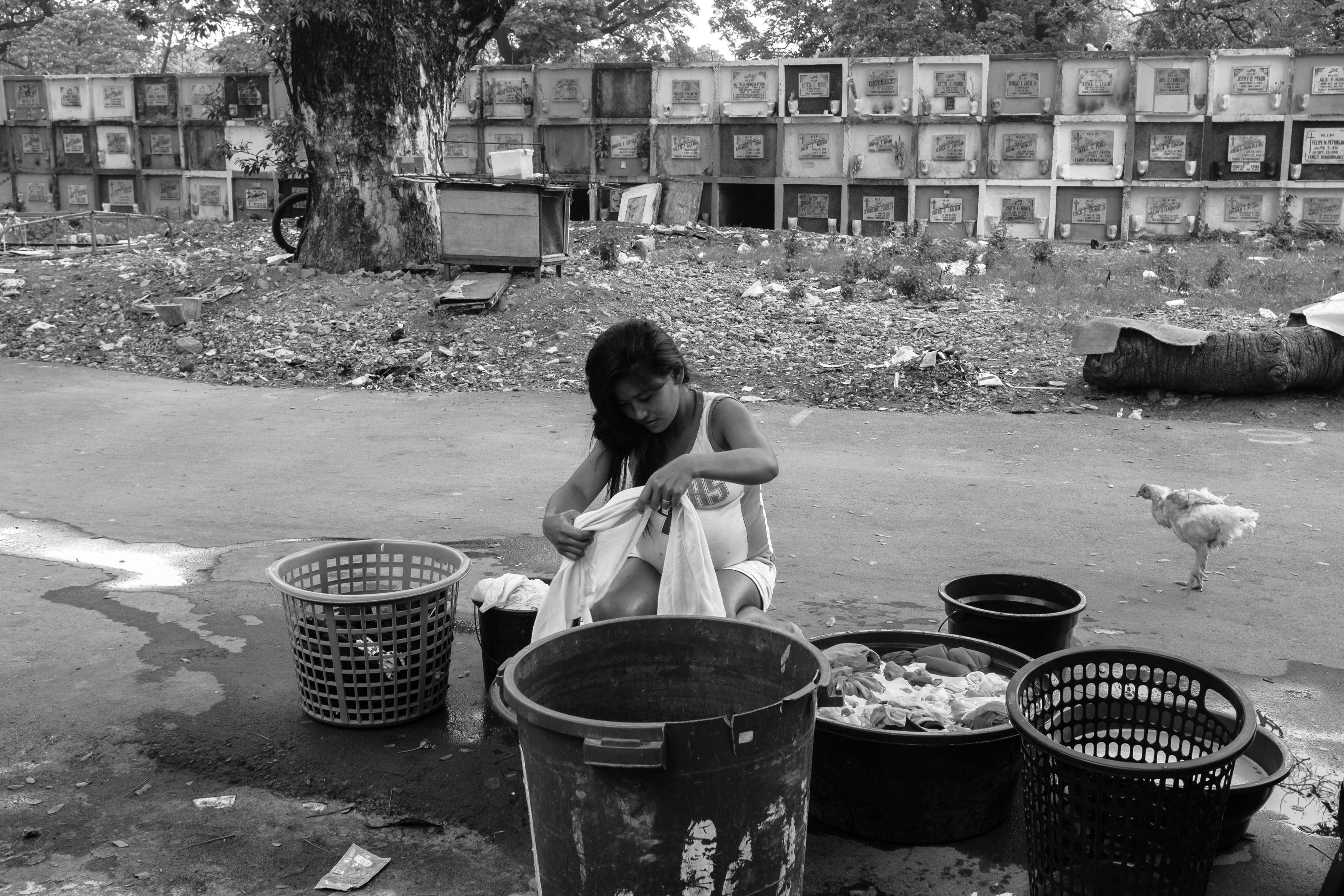 If other people mired in poverty live in shanties made out of plastics, cardboard boxes and other scrap materials, the Guerbuellas, depending on where they settle, live with concrete walls with designs, copper ornaments, religious icons, and marble amenities where eat, do their work, or have a good sound sleep every night. 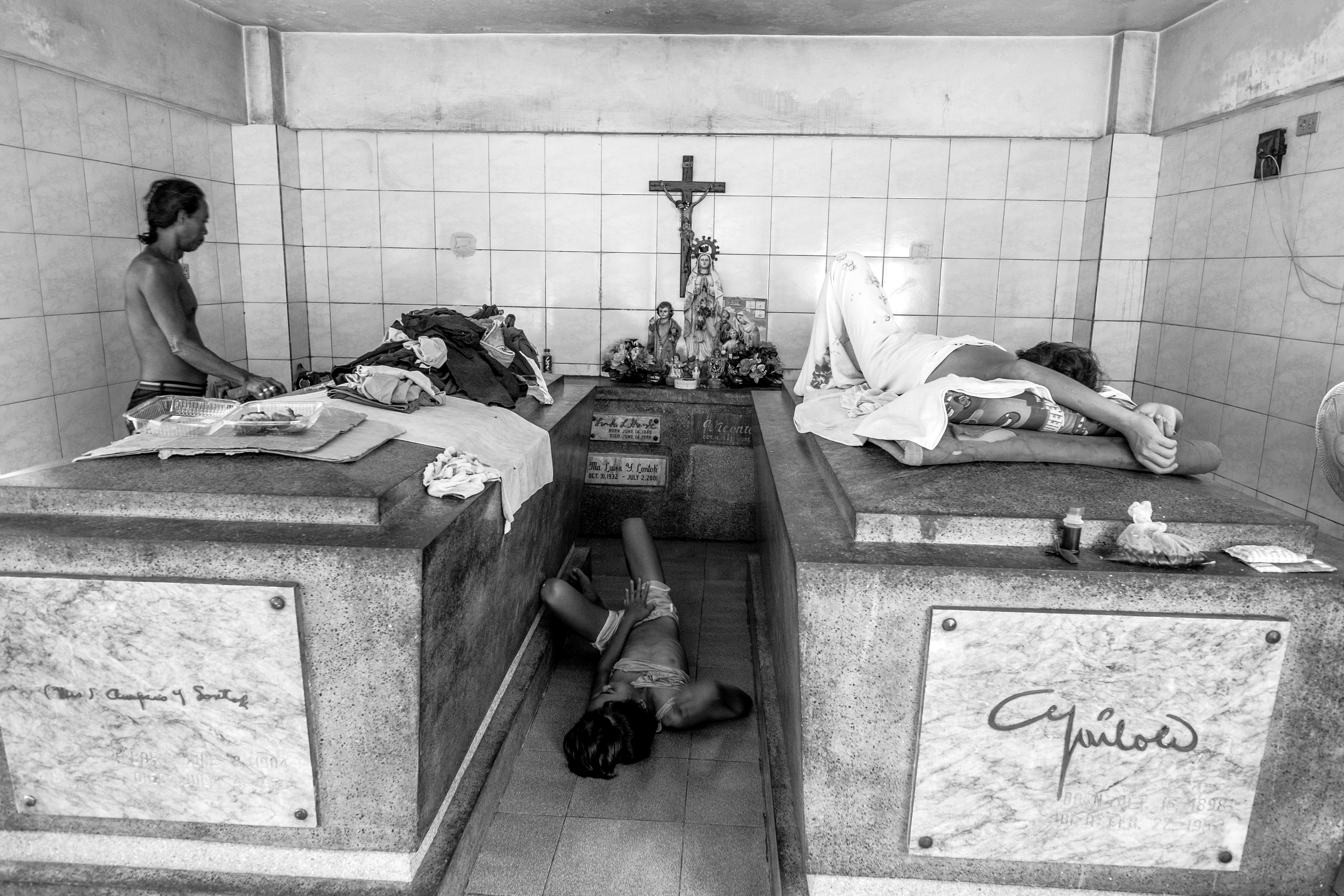 While others might feel creeped out by their lifestyle, the Gerbuellas, like many Filipinos who live in cemeteries, have adjusted comfortably to their living situation because they don’t have a better alternative. 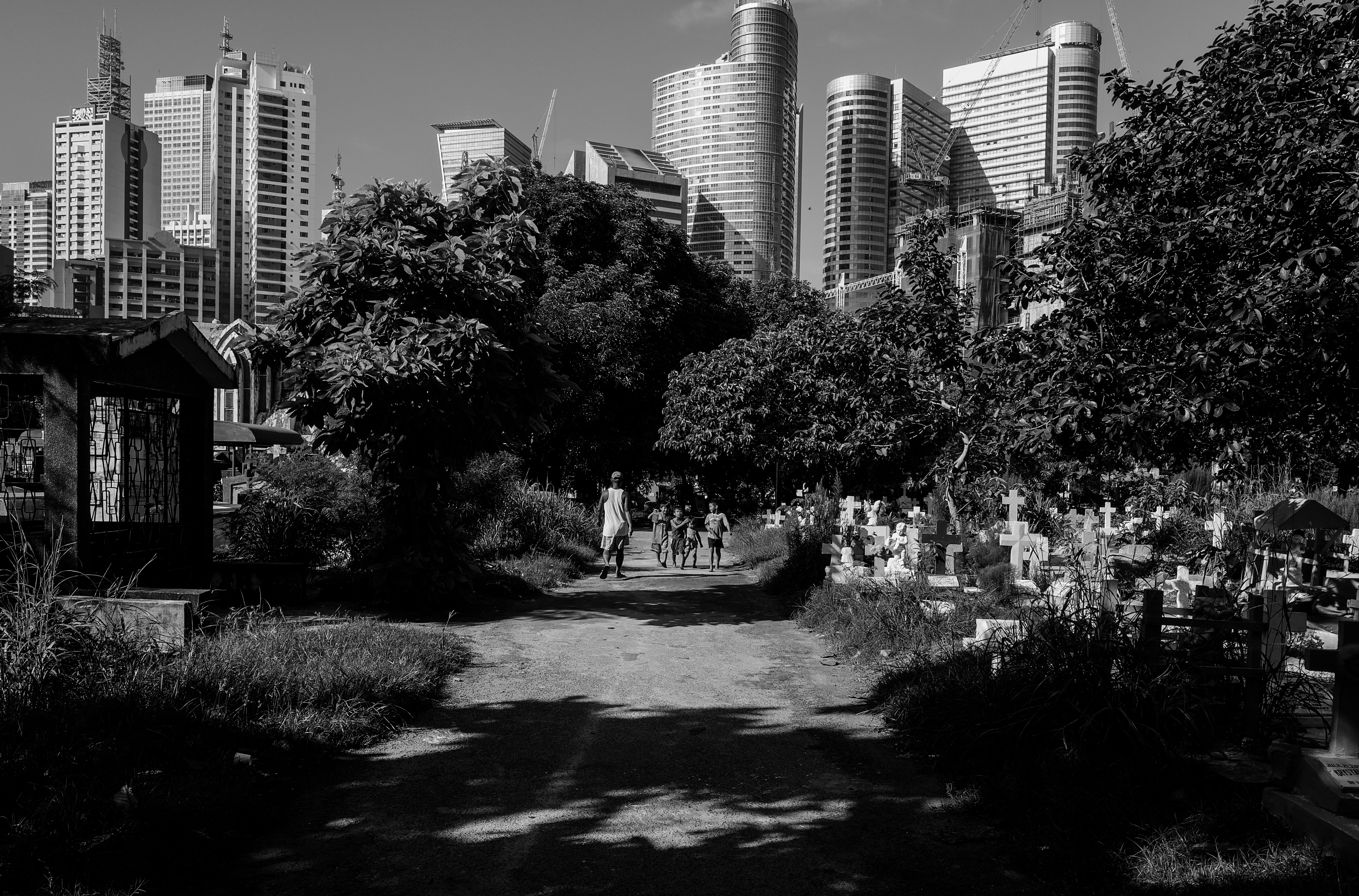 Despite the booming economy, reflected by the towering high rises of offices and condominiums behind them, the generations of Gerbuellas living at Manila South Cemetery is a reminder to all of us that we have more work to do as a people and government to uplift the plight of our poor. – Rappler.com

Rick Rocamora is US based award winning documentary photographer, and the author of coffee table book, Blood, Sweat, Hope and Quiapo : Rodallie S. Mosende Story. He used exclusively Fuji cameras and lenses for this photo essay.