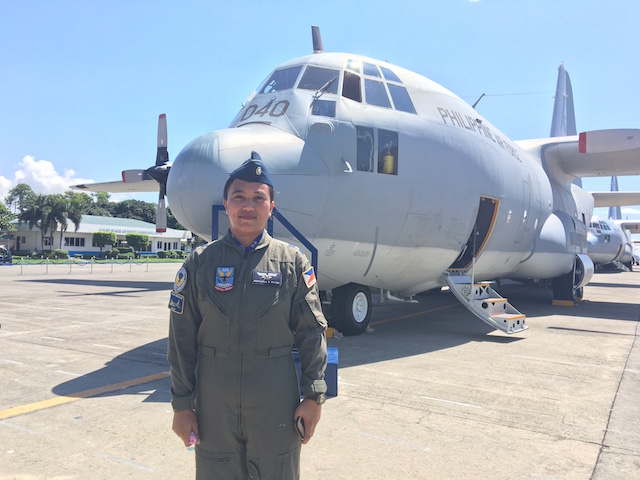 MANILA, Philippines – Philippine Air Force (PAF) pilot Major Marjorie Mukay became the first female pilot-in-command of a Philippine C130 flight across the world’s largest ocean, the Pacific Ocean, when she led the team that brought home the latest cargo plane the Philippines acquired from the US.

“It is flattering that the command allowed me. There are no restrictions for females. As long as you are qualified, you can become a pilot-in-command of any aircraft,” said Mukay, a member of the Philippine Military Academy Class of 2005. (READ: PH female pilots: Small in number but steadily growing)

Mukay’s team flew the much-needed cargo plane from Tucson in Arizona to Manila. They made stops in California, Hawaii, Wake Island, and Guam for refuelling.

US ambassador Philip Goldberg last week formally turned over a C130 flight to the PAF, one of his last acts before he completed his tour of duty in the Philippines.

“Congratulations to you Marjorie Mukay. Your achievement represents yet another milestone, another step together, another step forward in our long friendship,” Goldberg said.

Goldberg, who arrived in the Philippines in the aftermath of Typhoon Yolanda, said he personally made sure that the Philippines got additional C130 cargo planes after discovering that the military only had 3 C130s. 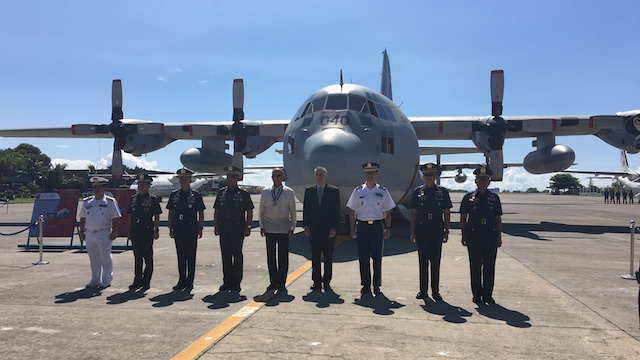 The C130 previously served as tanker of the US Coast Guard. Its air-to-air refuelling capability was removed before it was given to PAF, turning the plane into a purely transport aircraft.

The acquisition is part of the US Excess Defense Articles (EDA) program. The Philippines paid $35 million (about P1.6 billion) for the two C130s. The actual cost is $55 million, but US Foreign Military Financing covered $20 million.

“We usually respond to disaster relief. We transport military troops anywhere in the country. Those are our usual flight missions,” Mukay said.

A C130 can lift about 100 troops or its equivalent weight, a critical asset in transporting immediate relief after disasters even to remote airfields.

The C130 also flies to the West Philippine Sea (South China Sea), specifically to tranport troops and supplies to Pag-Asa (Tithu) Island which has a runaway.

It is the 2nd of the two C130s bought by the Aquino administration. The first arrived in April. – Rappler.com