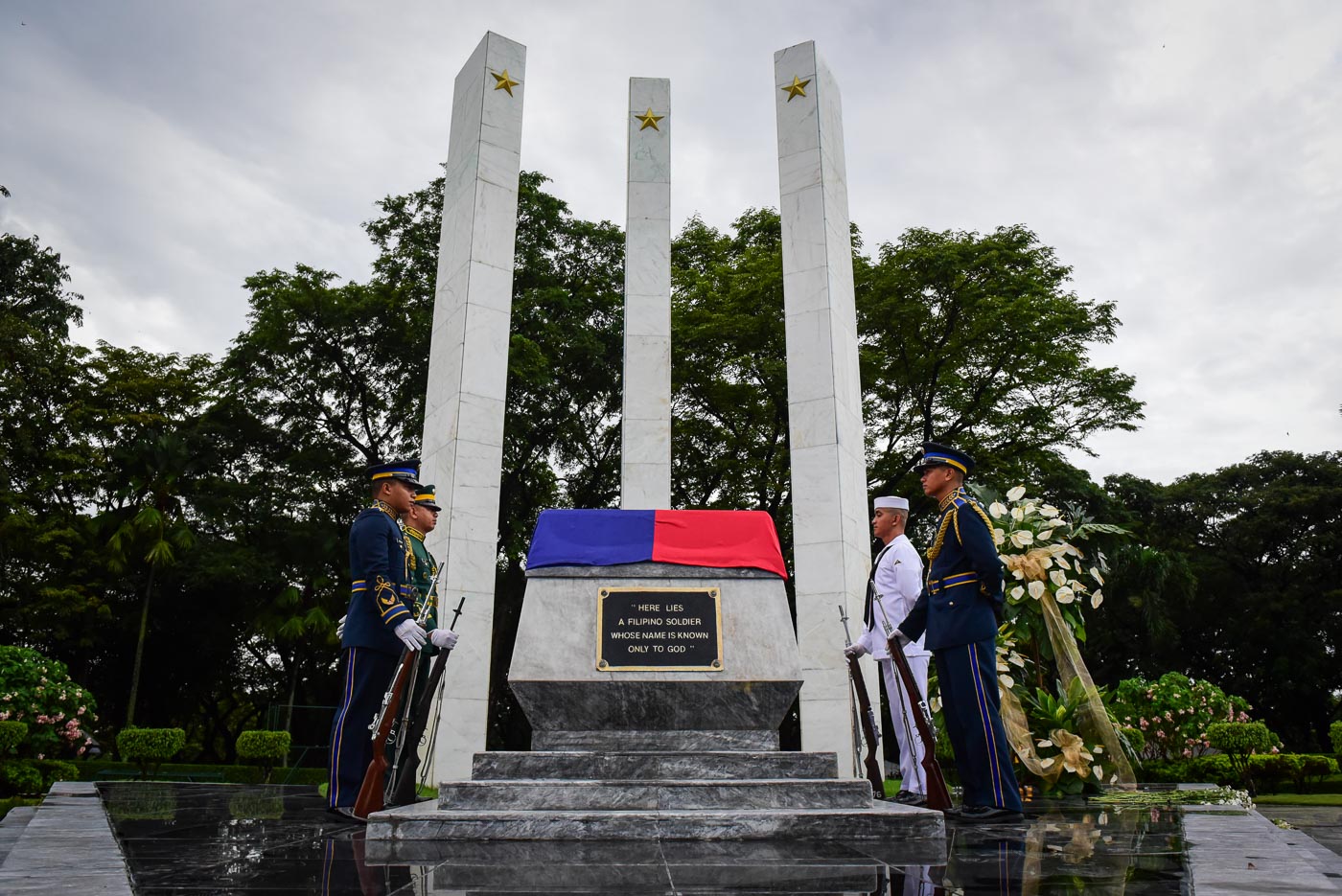 MANILA, Philippines – Relatives of soldiers and other personalities buried at the Libingan ng mga Bayani remained divided on the issue of a hero’s burial for former president Ferdinand Marcos, which the Supreme Court is expected to settle in the coming week.

Jasmine Pontillas, whose father was part of the Philippine army contingent in the United Nations forces that fought in the Korean War, echoed the belief of other Marcos supporters that he was, after all, a soldier and former chief executive.

(First, as president of the Philippines, he has the right to be buried here alongside  soldiers interred here….Secondly, he was also a soldier.) 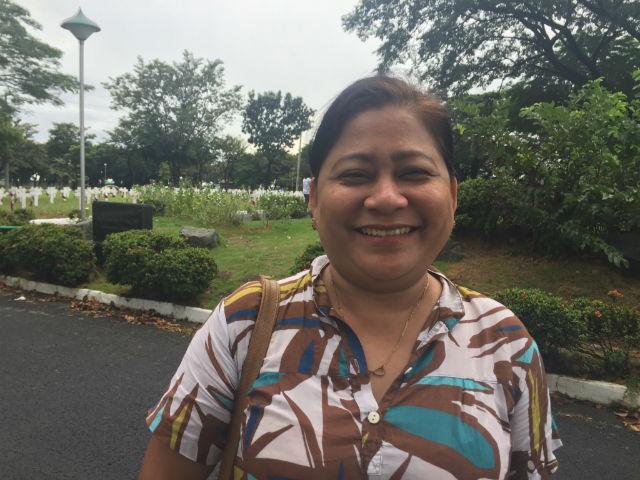 (If we hear anything negative about his record as a soldier, of course we know about that. But he still risked his life and served our country.)

For Marconie Gamboa, nephew of the late Second Lieutenant Wilfredo Silao, people should “move on” and allow Marcos’ burial at the Heroes’ Cemetery. Ultimately, Gamboa said, it would be up to the SC.

(If I were to choose, let past be past. Let’s move on as Filipinos. But this still depends on the judges. They will be the ones to decide on the matter anyway.) 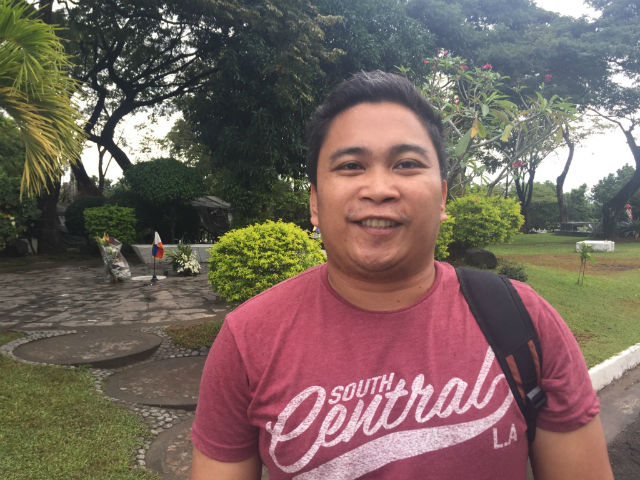 Plans for Marcos’ interment at the Libingan ng mga Bayani were halted after Martial Law victims filed several petitions – since consolidated into one – before the SC to stop the burial. (Read how the justices pursed issues on the Marcos burial on days 1 and 2 of the oral arguments)

The petitioners argued that the state-sanctioned atrocities committed under Marcos’ rule make him unfit for a hero’s burial.

The gravesite supposedly reserved for Marcos is ready, but it remains fenced off to the public pending the SC decision. 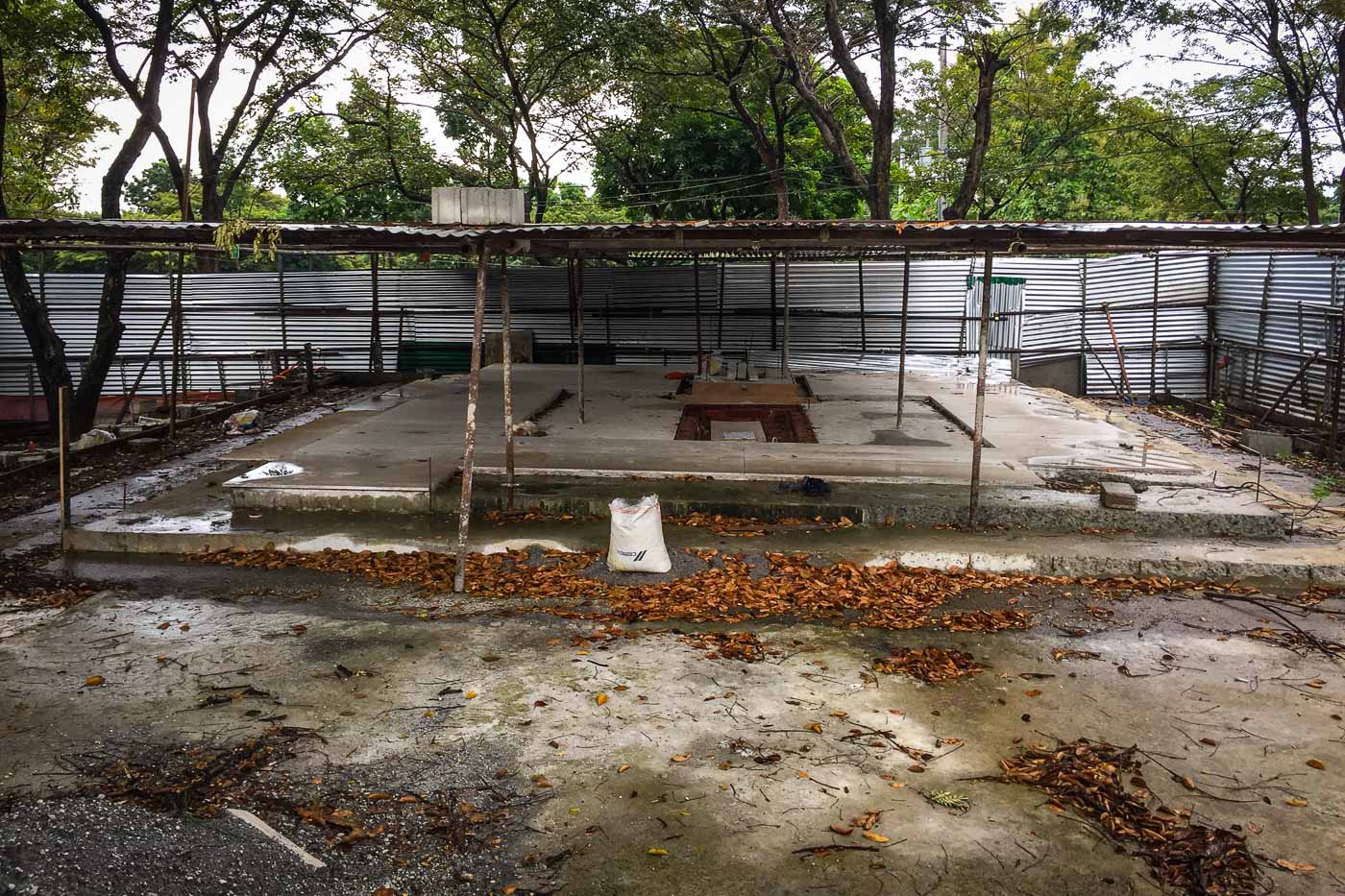 Pledge to honor the country? ‘He destroyed it’

For Preciosa Soliven, wife of Filipino journalist Maximo Soliven who is buried at the Heroes’ Cemetery, Marcos should just remain interred in Ilocos. (READ: Relatives mull move out of Heroes’ Cemetery to protest Marcos burial)

(Since the controversy over the transfer of the remains of former president Ferdinand Marcos began, I believe – because I saw how Sir Soliven fought for the rights, truth, and honor of the country – I think Mr Marcos should be buried in Ilocos. He is a true son of Ilocos.) 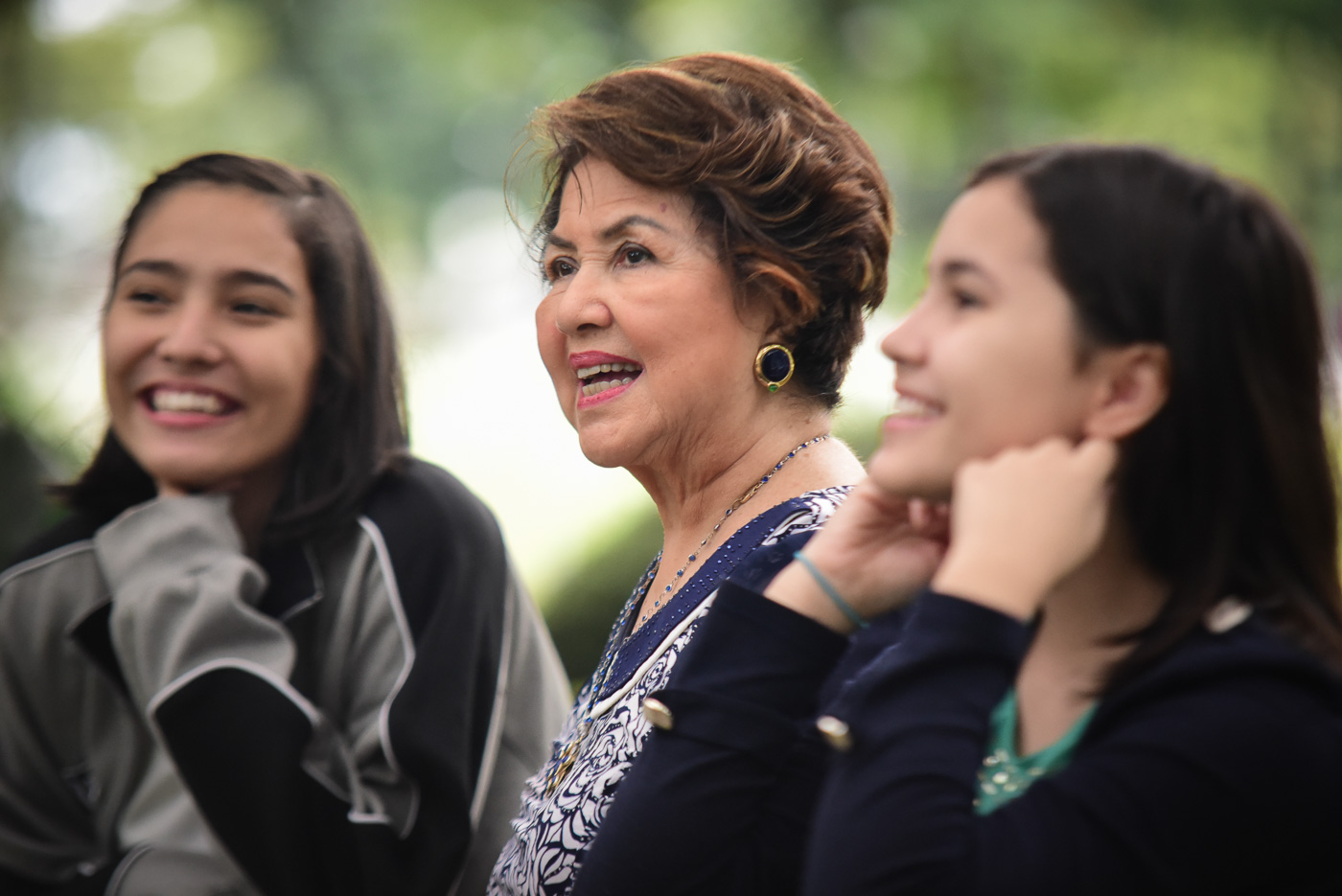 Her husband, founder the publisher of the Philippine Star until his death in 2006, was a staunch critic of Marcos. He was detained for nearly 3 months, along with other journalists and Marcos’ political opponents, on September 23, 1972, two days after Martial Law was declared.

Soliven, former Philippine representative to the United Nations Education, Scientific and Cultural Organization (UNESCO), argued that Marcos “destroyed” the pledge he made as president – to protect the country – when he allowed the state violation of human rights during his 21-year rule.

“Alam mo noon…tinaas niya ang kamay niya at ginawa niya ‘yung pledge as a president, sinira niya ‘yun (When he raised his hand and made the pledge as president, he destroyed that). Ang buhay niya ay sinira ‘yung (During his time, he destroyed that) pledge to honor and love his country and sacrifice [for] it. It’s God who has forgiven him. But here in this world, in our country, that’s fighting for what is right. No question or doubt,” added the Philippine Star columnist. 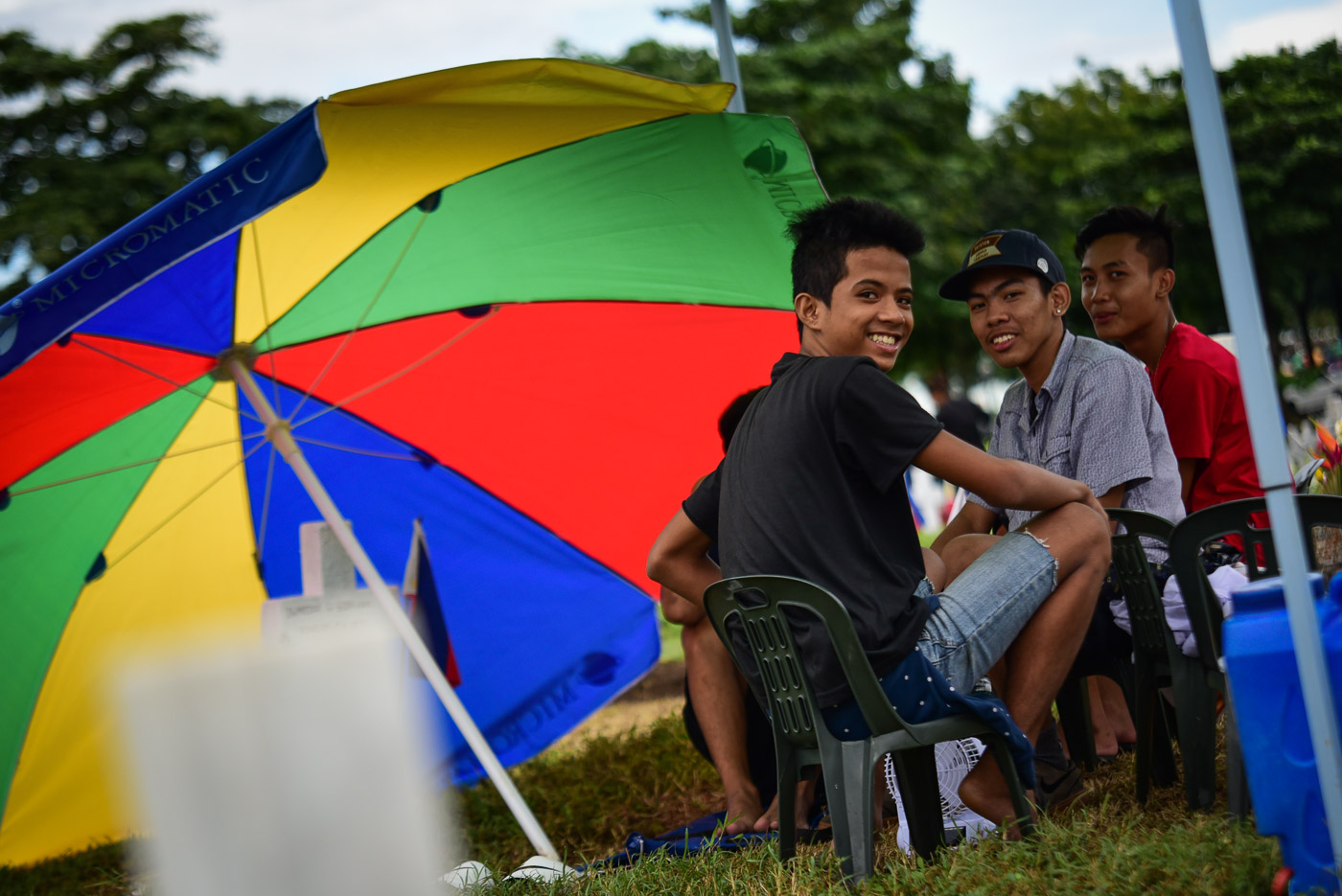 (He did not do anything good. There was injustice. His rule led to suffering during during Martial Law. It was like a war;  it was so strict. Many innocent people died then.)

The SC first issued the status quo ante order (SQAO) on the Marcos burial on August 23, to lapse on September 13, but this was later extended to October 18, and then to November 8.

No less than President Rodrigo Duterte himself ordered the preparations for Marcos’ burial on September 18 in fulfillment of a campaign promise he had made to the late strongman’s family and to Ilocanos. (READ: CJ: Why use public funds to fulfill Duterte’s promise to bury Marcos?)

He said laws and military guidelines grant the late dictator a burial at the Heroes’ Cemetery.

But the move was strongly opposed by human rights activists and Martial Law victims, prompting petitions before the High Court. The National Historical Commission of the Philippines had also opposed the move, citing Marcos’ fraudulent war record.

On October 16, Duterte urged SC justices not to decide on issue on the basis of “emotion,” but reiterated that he would abide by the decision of the Court.

During the oral arguments, Solicitor General Jose Calida cited the 14 million votes former senator Ferdinand “Bongbong” Marcos Jr got during the 2016 vice presidential polls as proof that the country is no longer traumatized by its Martial Law experience. (READ: Bongbong Marcos: Extended deliberations will enlighten justices)

According to Rappler sources, it would likely be a very close vote among the justices. Eight votes are needed to stop a hero’s burial for Marcos. A tie would pave the way for a state burial. – Rappler.com