De Lima on Undas: Cries, pleas of thousands killed ‘too loud to ignore’

Nov 1, 2016 2:29 PM PHT
Camille Elemia
Facebook Twitter Copy URL
Copied
'I shall pray on behalf of those who were killed in the government's war against drugs,' says the senator 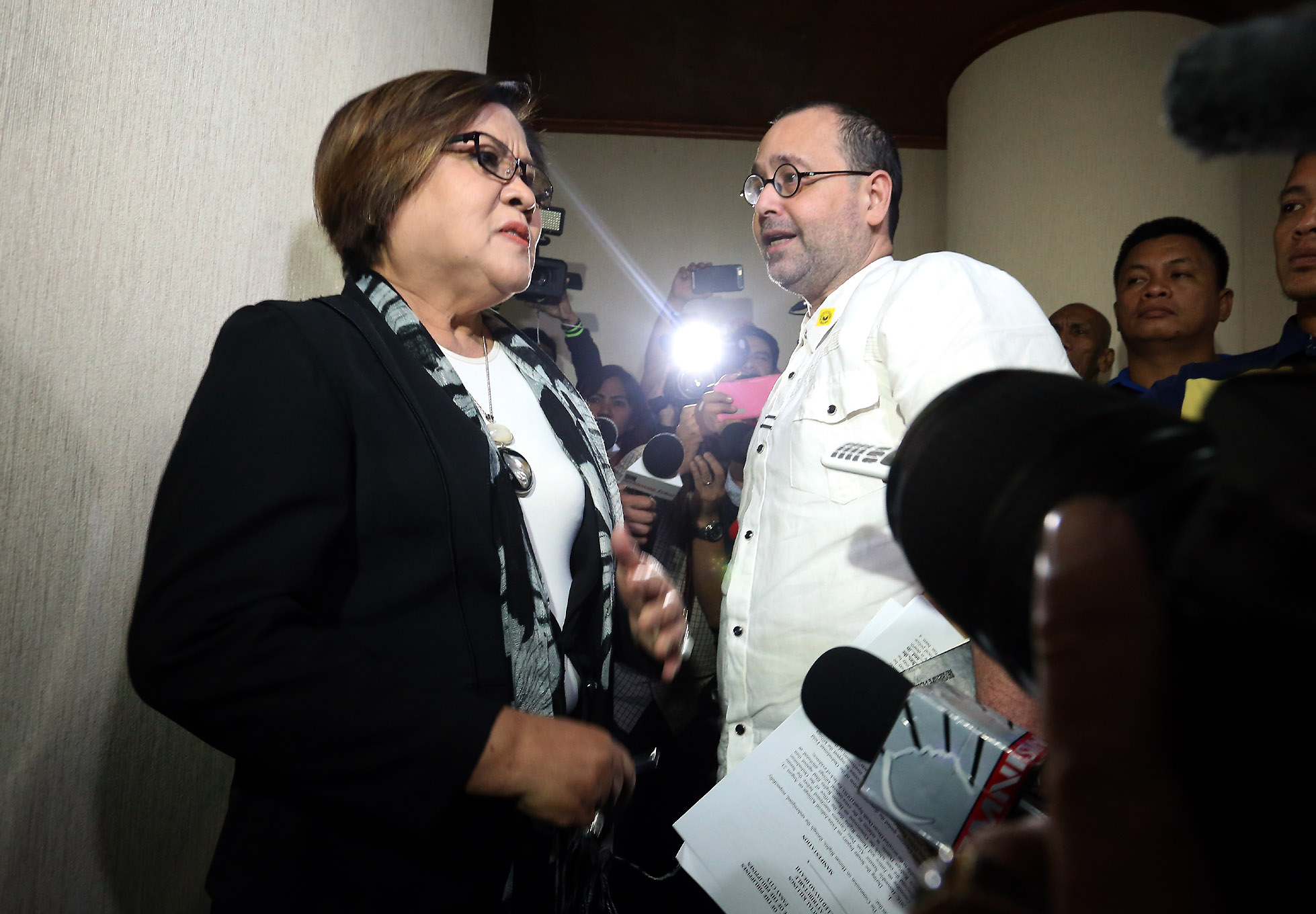 MANILA, Philippines – In commemorating All Saints’ Day, Senator Leila de Lima shared the grief of the families of victims of extrajudicial killings in the country.

De Lima, the fiercest critic of President Rodrigo Duterte, said the loud “cries and pleas” of the nearly 5,000 people killed in the government’s war on drugs could not be ignored. She added she would pray for her late father’s intercession for the soul of those unjustly killed. (READ: IN NUMBERS: The Philippines’ ‘war on drugs’)

“Every year, before his hallowed grave, we light a candle and say a special prayer for his guidance and wisdom. But this time, I shall pray for his intercession on behalf of the victims of those who were killed in the government’s war against drugs. The cries and pleas of the 4,737 people who perished in the government’s war against drugs are too loud to ignore,” De Lima said in a statement.

The agonies of the families, she said, should serve as a reminder that Filipinos should look out for one another. She then urged the public to pray for “deliverance from fear and intimidation and from the sins that plague our country.”

“The deaths of these victims and the agonies of the families they left behind – their widows and orphans – remind us of a fundamental belief that like you, I too am my brother’s keeper; I too am my sister’s keeper,” she said. (READ: ‘Nanlaban sila’: Duterte’s war on drugs)

In the same message, De Lima reiterated her call to end the killings amid the Duterte administration’s intensifed war on illegal drugs.

“So on this day and all the days henceforth, let us do our part to end these killings and allow the mighty stream of the rule of law and justice flow. The fight will not be easy because we are up against the idea that it is fine to kill in the name of war against drugs,” De Lima said.

The senator said the upcoming visit of UN special rapporteur Agnes Callamard is the nation’s chance to stand its ground for justice and truth “until extrajudicial killings are finally put to rest.” (READ: UN expert gets Duterte invite to probe killings)

The senator made the statement as the Philippine National Police aims to nab over 300,000 drug targets by the end of the year.  The PNP has listed as its “target and end result” over 334,137 individuals from drug watchlists until December 2016. (READ: Caught in the middle of the drug war)

De Lima and Duterte have long been at odds over the issue of human rights. As former chairperson of the Commission on Human Rights, De Lima investigated Duterte’s alleged links to the Davao Death Squad (DDS). The probe went on when she became justice secretary.

She drew the ire of Duterte anew after she launched a Senate investigation into the spate of extrajudicial killings under his administration.

De Lima was ousted as chairperson of the Senate justice committee after she presented witness Edgar Matobato, a self-confessed hitman of the DDS, who accused Duterte of ordering killings when he was city mayor.

The panel, in its initial findings, said neither Duterte nor the state sponsored the killings and that there is no evidence that the death squad exists. – Rappler.com