Nov 1, 2016 5:44 PM PHT
Agence France-Presse
Facebook Twitter Copy URL
Copied
Duterte's bloody war on drugs has been a feature of this year's All Saints' Day, with some people using the annual commemoration to poke fun at the brutal crackdown 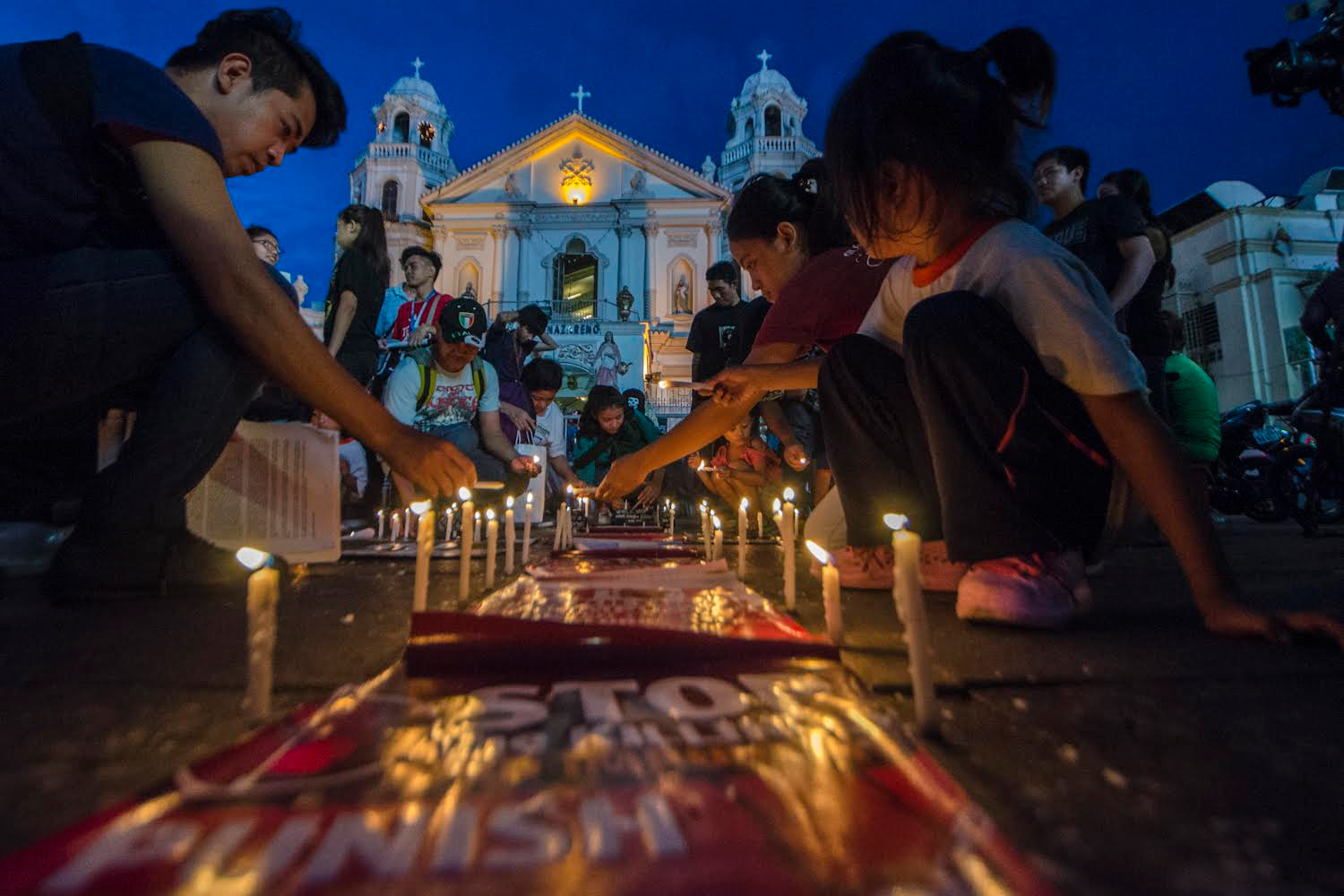 Duterte’s bloody campaign to rid the country of criminals has been a feature of this year’s All Saints’ Day, with some people using the annual commemoration to poke fun at the brutal crackdown.

Families typically mark November 1 by flocking to the graves of loved ones across the mainly Catholic country, lighting candles and praying for their souls.

This year some retailers in Manila, apparently inspired by Duterte’s clampdown that has killed more than 4,000 people, used fake cadavers and police crime tape to promote hand sanitizing products.

A house in the capital had a grisly display of polystyrene foam in the shape of bodies wrapped in garbage bags and packing tape, with a sign reading “Do not follow them” – resembling the way victims of the drug war are often found.

But not everyone appreciated the black humor in relation to Duterte’s campaign, that has drawn international criticism for alleged extrajudicial killings and rights violations.

“It has come to this: Death has become so easy and common it is now a joke, a visual gag in gleaming malls where families and children gather,” an editorial in the Philippine Daily Inquirer said Tuesday.

Duterte, who was swept to power in May on a promise to eradicate drugs by killing suspects, claims police are only acting in self-defense and drug gangs are murdering their members to silence them. (READ: IN NUMBERS: The Philippines’ ‘war on drugs’)

But an official at the influential Catholic Bishops’ Conference of the Philippines repeated the church’s call to fight drugs “the right and proper way”.

“We encourage the faithful to pray for the souls of the victims of extrajudicial killings,” Father Jerome Secillano, executive secretary at its public affairs office, told Agence France-Presse.

“We continue our call to stop the killings and to look for the perpetrators.”

“Each time a person is killed without due process, a part of us dies also. Our humanity is diminished and our dignity is cheapened,” Lagdameo wrote on Sunday. – Rappler.com