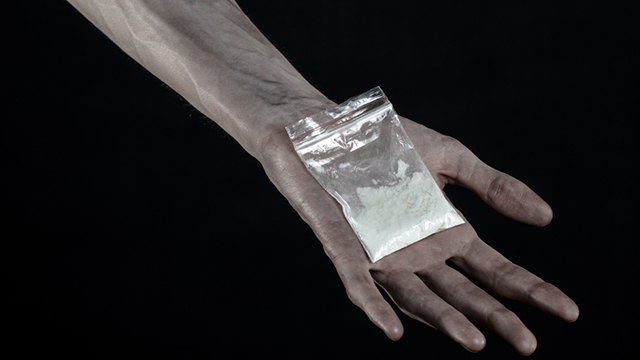 MANILA, Philippines – Six people, including 3 South Koreans, were arrested in a drug raid on a Makati City condominium that ended past midnight Tuesday, November 1.

The Quezon City Police District said in a statement that the group, which included 3 Filipinos, allegedly sold methampethamine, locally known as shabu, to South Korea via courier service.

Police said Kim introduced himself as an intelligence officer of South Korea’s National Intelligence Service. Another suspect, Lyn Paz, was not at the condo unit during the operation.

The QCPD said the the group “was exporting illegal drugs to South Korea through an international courier service by concealing ‘shabu’ at the over-lapping sides of an expandable folder.”

“We remind everyone who resides here in the Philippines that our anti-illegal drugs campaign applies to all, foreigners are not exempted. QCPD strictly implements this campaign day and night even on holidays,” said Police Senior Superintendent Guillermo Lorenzo T. Eleazar, QCPD Acting Director.

The QCPD Anti-Illegal Drugs-Special Operations Task Group and Special Operations Unit carried out the operation at the One Rockwell East Tower, armed with a search warrant issued by the Regional Trial Court Branch 97 in Quezon City, where the suspects also allegedly operated.

Condominium personnel accompanied the team, but the suspects refused to let them in.

When the team forcibly opened the door, one of the suspects used a samurai to fend off the authorities, and stabbed Police Superintendent Paterno Domondon’s hand in the process.

Authorities confiscated about 250 grams of shabu with street value of P1.25 million ($25,784)*, in different packaging.

They also found drug paraphernalia and firearms, including a homemade caliber .22 Black Widow revolver without a serial number, ammunition, and 4 samurai swords.

The Makati City Prosecutor’s Office is set to file charges against the suspects for violation of Republic Act 9165 or the Comprehensive Dangerous Drugs Act of 2002, RA 10591 or the Comprehensive Law on Firearms and Ammunition, and direct assault and serious physical injury under the Revised Penal Code.

Rockwell Land Corporation, owner of the property where the drug raid was conducted, said it cooperated with authorities to ensure the “smooth execution” of the search warrant.

“The case is now with the PNP and rest assured, our team continues to be on top of the safety and security of all our residents,” it said in a statement on Tuesday. – Rappler.com