Nov 2, 2016 5:01 PM PHT
Michael Bueza
Facebook Twitter Copy URL
Copied
(UPDATED) The criminal complaint related to the change of a special character in the transparency server during the 2016 polls is dismissed for lack of merit and insufficiency of evidence 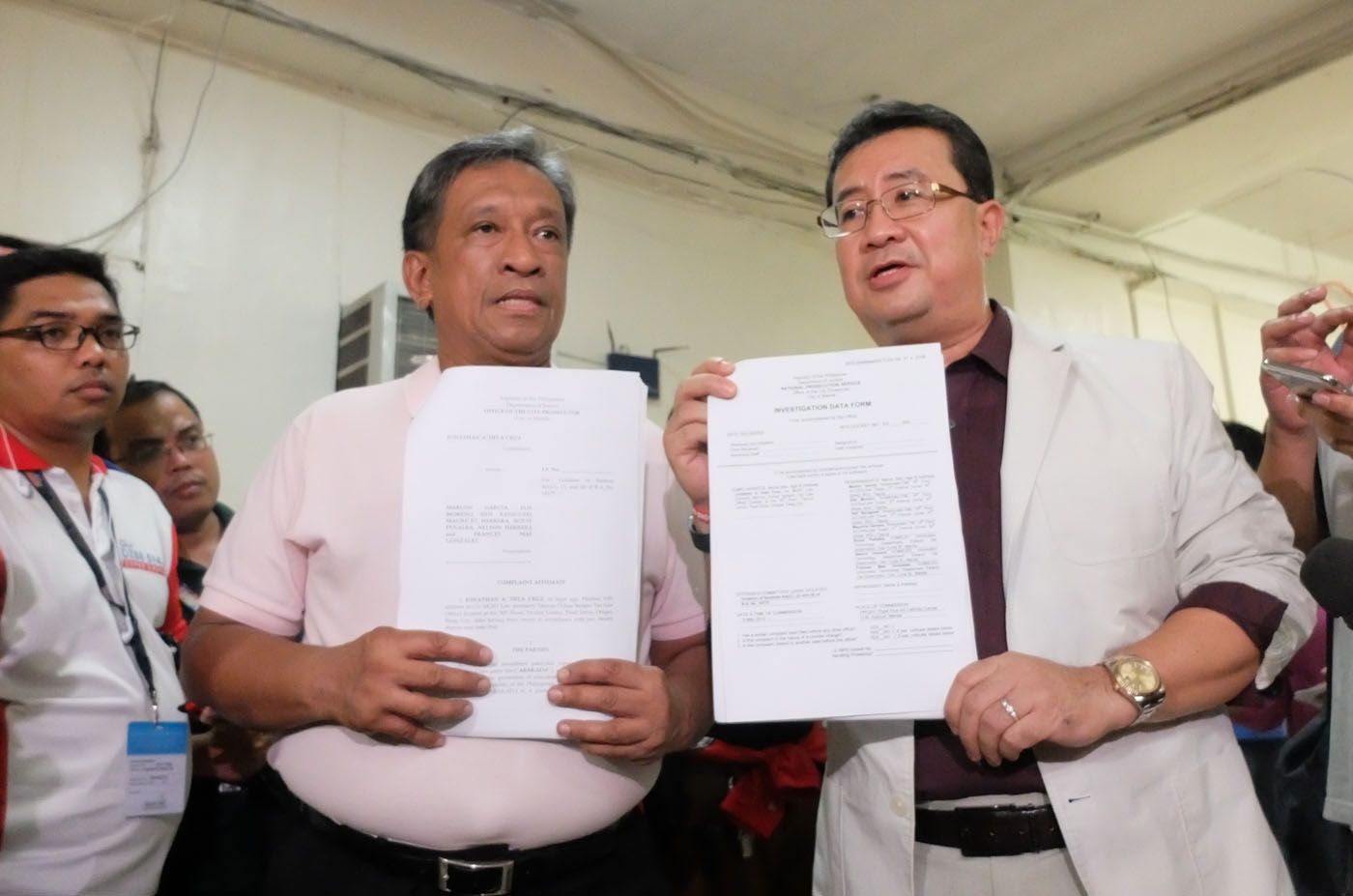 MANILA, Philippines (UPDATED) – The Manila City Prosecutor’s Office has dismissed the complaint filed against officials of the Commission on Elections (Comelec) and Smartmatic-Total Information Management Corporation over the hash code controversy during the May 2016 automated national elections.

In a 27-page resolution dated September 28 and signed by City Prosecutor Edward Togonon, the criminal complaint filed by former Abakada Representative Jonathan dela Cruz was dismissed for lack of merit and insufficiency of evidence.

Smartmatic disclosed this in a news release on Wednesday, November 2.

Asked for comment, Dela Cruz told Rappler that this is a “most disappointing development.”

In his complaint, Dela Cruz said that 3 Comelec and 4 Smartmatic officials violated sections 4(a) (1), (3) and (4) of Republic Act 10175 or the Cybercrime Prevention Act of 2012 when they introduced a script to correct the special character “?” to “Ñ” in certain candidates’ names in the transparency server, which receives election results from vote-counting machines on election day, May 9.

The correction then led to a change in the hash code, a security feature in the automated election system (AES). (FAQ: The Ñ issue and alleged fraud in the elections)

The Marcos camp alleged that this change was a “security breach” in the election server, and supposedly coincided with the “erosion” of Marcos’ lead over the eventual winner of the 2016 vice presidential race, Maria Leonor Robredo.

The prosecutor’s resolution stated that only one of the 7 respondents, Smartmatic project manager Marlon Garcia, performed the questioned script change in the transparency server.

The other 6 respondents – Rouie Peñalba, Nelson Herrera, and Frances Mae Gonzales of Comelec; and Elie Moreno, Neil Baniqued and Mauricio Herrera of Smartmatic – “were either merely present at the premises…at the time the change was made or… was merely informed about it.” Also, they can “hardly be considered as his co-conspirators.”

As for Garcia’s authority to change the script, the resolution cited Smartmatic’s Protocol of Escalation.

“What is clearly stipulated in the Protocol is that Low and Medium severity levels are within the competence of respondent Garcia as the Project Manager to deal with, which means that in such instances, prior authority from any one, including the Comelec, was not necessary before he can act to address the problem.”

Dela Cruz also “failed to show convincing proof that only the Comelec en banc may give such authority.”

The resolution stated that Garcia’s act “could hardly be called criminal,” saying that his intention was “only to correct an abnormality in the spelling of the names of certain candidates.”

His reaction to the situation based on the sequence of events “can not be viewed as beyond obedience to a call of duty, hence far from being criminal,” it added.

It was also not reckless, said the resolution, explaining that Garcia “studied the error” and “consulted with respondent Baniqued on the matter before proceeding to correct the error.”

In addition, while Dela Cruz claimed that the character change “caused widespread anxiety and concern,” the resolution noted that no evidence was presented to support this.

The resolution said: “Complainant himself, while saying that it compromised the integrity and credibility of the elections, does not say that it changed the result thereof. In fact, there is total absence of evidence that the replacement of ‘?’ with ‘Ñ’ affected the operation of the AES and the results of the elections at all.”

The Comelec maintained that the correction was “cosmetic” and did not affect election results. A poll commissioner, meanwhile, said that the hash code issue was “blown out of proportion.“

In a text message to Rappler, Dela Cruz said that the decision is a “most disappointing development, as the facts are clear.”

“Even Smartmatic admitted that they indeed manipulated the script, although they contended that such did not change the results, which is debatable,” Dela Cruz said. “That mere act of changing under the Cybercrime [Law] is already actionable, the results notwithstanding.” – Rappler.com