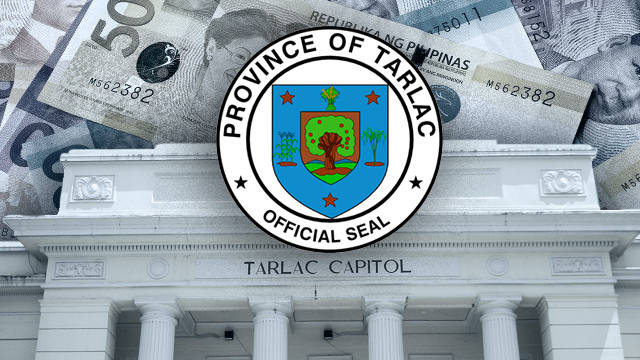 TARLAC, Philippines – The Commission on Audit (COA) asked local officials here “to exercise prudence” after finding out that the provincial government spent some P48 million for meals and snacks during meetings, seminars, and related activities from January to December 2015.

“Meals and snacks served during meetings and other activities aggregating P48,275,638.78 as of December 31, 2015 were practically incompatible with the purposes enumerated in Section 343 of Republic Act 7610 (the Local Government Code of 1991),” the COA audit report released recently stated.

The report said that such can also be considered as “excessive expenditures” under COA Circular 2012-003.

In examining the disbursement for meals and snacks for calendar year 2015, COA auditors noted improper charges to representation and entertainment, excessive expenditures, and improper planning and documentation.

COA said that while Section 465(b) of RA 7610 tasks the provincial governor to call conventions, conferences, seminars, or meetings of any elective or appointive officials in the province, Section 343 of the code “likewise commands all local officials to observe the prohibition of the incurrence of expenses for reception and entertainment.”

It said money shall be appropriated only to the extent of representation allowances authorized by law or for the reception of foreign dignitaries or when expressly authorized by the President in specific cases.

COA’s review showed that P18,692,246 was spent for the 143 meetings conducted by the provincial governor, vice governor, provincial board committees, and department heads and personnel within 12 months.

COA added none of the activities wherein the P48,275,638 were spent involved receptions for visitors from foreign government or foreign mission, or those authorized by the President.

“In the analysis of transactions, we noted that meals and snacks were served for routinary or regular meetings of Offices of the Governor, Vice-Governor, Sangguniang Panlalawigan (provincial board) and other offices and committees with amounts ranging from as low as P80,000.00 to as high as P498,236.00,” it said.

While RA 7610 prohibits representation and entertainment, it gives the provincial governor discretionary fund not exceeding 2% of the basic real property tax proceeds, it said.

For 2015, the Office of the Governor here had a discretionary fund of P359,546 but this was not used or exhausted for meals and snacks for meetings and seminars, according to the commission. Such expenditures were charged to the budget for Representation Expenses (RE) and Other Maintenance and Other Operating Expenses (Other MOOE).

Auditors mentioned the provincial budget officer’s explanation that the meals and snacks were taken out from cost budget of programs for skills and job placement, livelihood, investment promotion, agriculture development, etc. – not against RE.

“This claim of the Provincial Budget Officer contradicted the result of the Audit Team’s verification wherein it was established that the cost of meals and snacks for seminars, trainings, and related activities of the said programs amounting to P4,564,440 were actually charged to RE and Other MOOE.

COA said that due to the absence of documents showing adequacy of planning and certainties of programs’ activities, it casts doubt “on the propriety for meals and snacks, specifically on the necessity for food provision, the reasonable number of consuming participants, and the timing and frequency of the activities undertaken.”

“We believe that this spending area for representations require prudent exercise of sound financial management by the concerned officials to ensure economy and efficiency in the Province’s operations and use of its resources,” the commission said. – Rappler.com