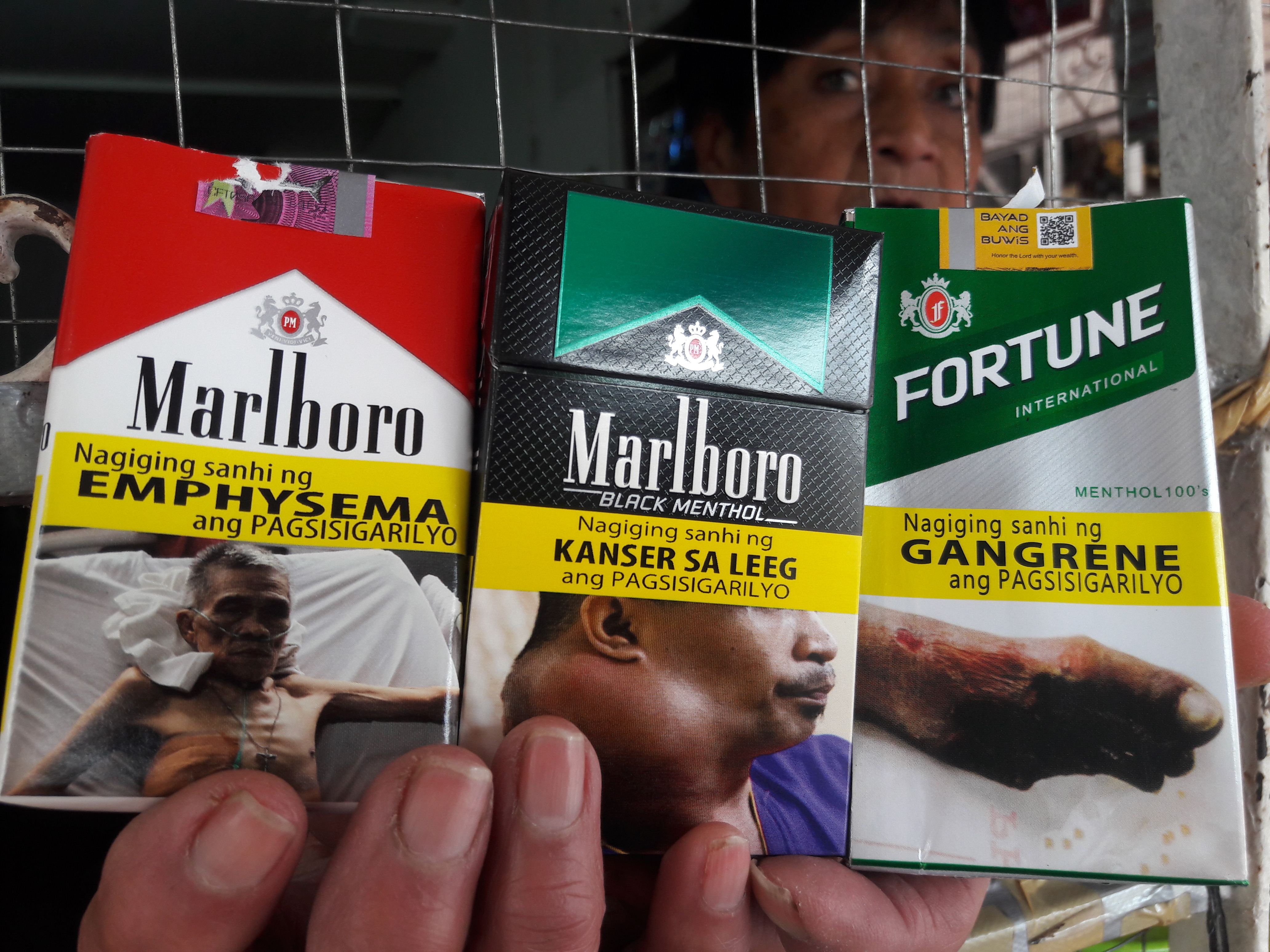 Government begins the full implementation of Republic Act 10643 or the Graphic Health Warnings Law 8 months after the law took effect.

When the law took effect in March, it prohibited any tobacco product packaging to be manufactured without graphic health warnings. Manufacturers were given the last 8 months to exhaust their stocks of packs that only bore text warnings.

The health department cited Administrative Order 2014-0037 as the “clear basis” of the law’s date of implementation.

“We enjoin everyone to be vigilant and make sure that all tobacco products carry these pictorial warnings and that violators be reported to the respective government agencies. Above all, through these warnings, we want to inform everyone that smoking puts to waste human potentials,” Health Secretary Paulyn Ubial said in a statement Friday.

The Department of Trade and Industry will impose administrative fines on non-compliant packages, as well as other violations of the Graphic Health Warnings Law.

According to the health department, proceeds of administrative fines will be used for the government’s health promotion campaigns on tobacco control.

“We already gained so much from our serious efforts to control tobacco use in the country. With the sin tax and the [Graphic Health Warnings] laws, we believe that many Filipinos will hesitate, if not stop, smoking altogether,” Ubial said.

Still, the law’s implementation took a while because there were delays in the release of the design templates.

With 240 Filipinos dying every day due to major tobacco-related diseases, health advocates say picture-based warnings are needed to warn Filipinos who cannot read or understand text warnings on cigarette packs.

The Philippines is a signatory to the FCTC of the World Health Organization (WHO), which requires the implementation of “large, rotating health warnings on all tobacco product packaging and labeling.”

According to WHO standards, graphic health warnings should be placed on 50% or more – but not less than 30% – of both front and back display areas of a cigarette pack.

The Philippine law meets this standard, as it requires that warnings occupy 50% of both front and back panels. They will, however, be placed on the lower portion of a cigarette pack and not at the top as suggested by the WHO.

A maximum of 12 variations of the warnings will be rotated every 24 months.

Aside from the full implementation of the Graphic Health Warnings Law, the health department is also waiting for the issuance of an executive order on a nationwide ban on smoking in all public places in the country. – Rappler.com