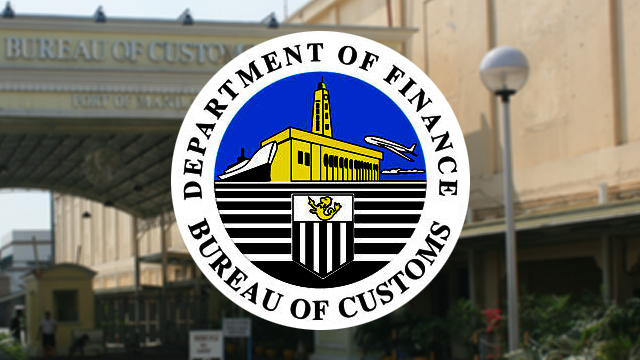 MANILA, Philippines – The Bureau of Customs (BOC) announced the appointment of 5 new officials on Friday, November 4.

Meanwhile, a customs official was relieved a day after President Rodrigo Duterte said he wanted a “corrupt” official removed.

In a press release, the BOC said the President appointed the following to various positions:

Retired major general Ecarma is a former undersecretary for operations at the Department of National Defense and a former force commander of the United Nations Disengagement Observer Force.

Nepomuceno returns to the post he held during the administration of BOC commissioners John Sevilla and Alberto Lina, while Raval was the former director of the Enforcement and Security Service (ESS) under Lina.

Prior to their appointments, Macabeo was the acting NAIA district collector while Maronilla was a lawyer and officer-in-charge at the Import Assessment Service under the Assessment and Operations Coordinating Group.

Their appointments were contained in separate letters signed on October 17 by Executive Secretary Salvador Medialdea, said the bureau.

Meanwhile, the BOC announced on Thursday, November 3, that lawyer Arnel Alcaraz had been relieved as officer-in-charge of the Enforcement Group.

In a statement, the bureau explained this was after President Duterte said on November 1 that he wanted a certain “corrupt” deputy official suspended and removed from the bureau. He did not name the said official.

“We are assuming [that it was Alcaraz] because we have not received any other formal charges against the other deputy commissioners. So since na-mention siya ni President kahapon (it was mentioned by the President yesterday), it is safe to assume [that] he was referring to him,” said Mandy Anderson, chief of staff of Commissioner Faeldon.

The BOC said that a graft case was filed against Alcaraz before the National Bureau of Investigation (NBI) for alleged extortion activities.