Senators alarmed over killing of Albuera mayor Espinosa in jail 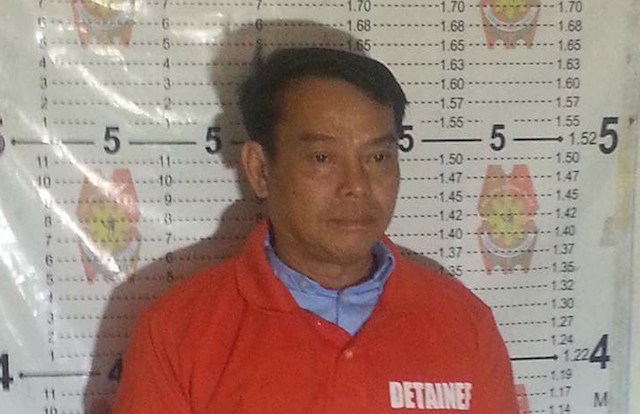 In separate statements, at least 3 senators reacted to the circumstances surrounding the death of Espinosa, linked to the illegal drug trade, inside his cell at the Leyte Sub-Provincial Jail in Baybay City.

According to the initial police report, Espinosa and another detainee, Raul Yap, resisted arrest when Criminal Investigation and Detection Group (CIDG) personnel of the Philippine National Police (PNP) were trying to serve the 2 men search warrants for illegal possession of firearms and for violation of the Comprehensive Dangerous Drugs Act, respectively at around 4 am.

A shootout reportedly ensued between the arresting authorities and the 2 detainees, resulting to the suspects’ deaths.

Based on the reported circumstances of Espinosa’s death, Senator Panfilo Lacson concluded, “Offhand, I can smell EJK (extrajudicial killing).”

Lacson, a former PNP chief, questioned how a prisoner inside a cell “could even think of fighting back against police officers serving a warrant,” and why the CIDG, not court personnel, served the warrant.

In addition, he also wondered why there was a need to serve the warrant personally “when they could simply coordinate with the warden,” and pointed out that “the only other prisoner inside the same cell was also killed, therefore no witness could testify.”

“Now, I dare them to answer these questions and more in order to convince me to believe their story,” said Lacson.

Senator Richard Gordon, head of the Senate committee on justice, said that this incident “is a dagger in the heart of the criminal justice system, as it appears that even those who are in custody of the law are no longer safe.”

“How can we encourage suspects to surrender under the law in this situation?” Gordon asked, adding, “It’s a slap on the face of the rule of law and it signals a more desperate system – a ‘take no prisoners’ approach.”

“This creates an atmosphere of intimidation and fear and puts everybody in danger,” he said.

Lacson also said he will discuss with Gordon the possibility of resuming the probe into extrajudicial killings and focusing on Espinosa’s killing when the Senate resumes its session on Monday, November 7.

“My primary interest is in the possibility of cover-up for certain personalities in the father-and-son payola as the motive for the killing, not only of the mayor but even the lawyer earlier this year,” he added.

Senator Antonio Trillanes also lamented, “Regardless of the script the local police would use, at the end of the day, dead men tell no tales.”

“Now, we will never know who his accomplices are, where his supplies are coming from and who his clients are,” Trillanes added.

Gordon urged the police to investigate the incident, as well as prevent all killings – especially of those already arrested or detained – “lest it be construed or misconstrued as part of [President Rodrigo] Duterte administration’s all-out war against drugs.”

He added that it is in the public interest “to dispel speculations as well as to allay fear among our people.”

“The police must show that it is responsible and capable of protecting its citizens and delivering justice to them under the rule of law,” said Gordon.

For his part, Lacson thinks that the incident “is the biggest challenge to the credibility of the PNP that could affect even the other operations involving drug suspects killed under similarly suspicious circumstances.”

Trillanes added that it’s now up to the PNP to “demonstrate to our people that its professionalism and discipline haven’t broken down completely yet by immediately conducting an impartial and thorough investigation on this incident.”

Espinosa was in detention since October for violations of the Comprehensive Dangerous Drugs Act and for illegal possession of firearms and ammunition following a raid in his house last August.– Michael Bueza/Rappler.com