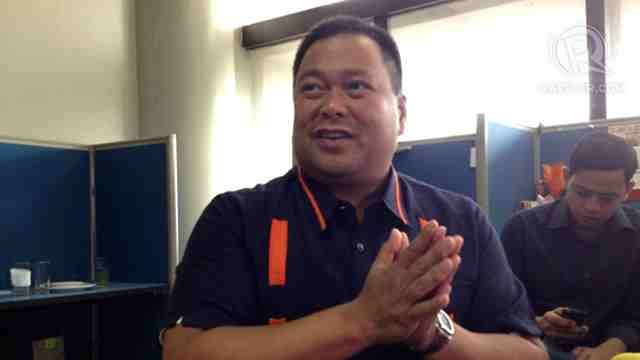 Facebook Twitter Copy URL
Copied
Senator JV Ejercito says he is following the anti-graft court's order despite the fact that the Senate committee on rules is still studying the matter. The case stems from a contract when he was San Juan mayor.

Ejercito himself announced this on Monday, November 7, in his privilege speech.

“Tomorrow, I will voluntarily start serving this 90-day suspension. I will do so because I respect the rule of law. I submit to the authority of the Supreme Court, which recently denied our motion questioning the suspension order,” the senator said.

“I will temporarily leave my position as senator, but I will continue my advocacies in my private capacity because I believe that serving the people can still be done outside of government,” he said.

Ejercito, a known ally of President Rodrigo Duterte, said he is following the order despite the fact that the Senate committee on rules is still studying the matter. (READ: Senate still undecided on JV Ejercito’s suspension)

“I will do so despite the fact that the issue on what to do with the suspension order is still being studied by the Senate committee on rules, which is within our prerogative as a co-equal branch of government,” he said.

Senate President Aquilino Pimentel III earlier referred the court order to the said committee, saying the Sandiganbayan ruling is not immediately executory. Citing Senate rules, he also said that he, as the chamber’s top leader, has no power to suspend a member.

The case involves the alleged unlawful diversion of P2.1 million ($45,148) in calamity funds for the purchase of high-powered firearms for the city’s police department.

Both the Senate and the House of Representatives have filed bills seeking to ban the suspension of government officials over charges involving their previous government positions, after several lawmakers faced preventive suspensions.

The two bills filed in both houses of Congress state that the change in position of the public officer in question removes the threat that they would influence potential witnesses or tamper records. – Rappler.com