Marcos Jr: Watch out, I’ll be back! 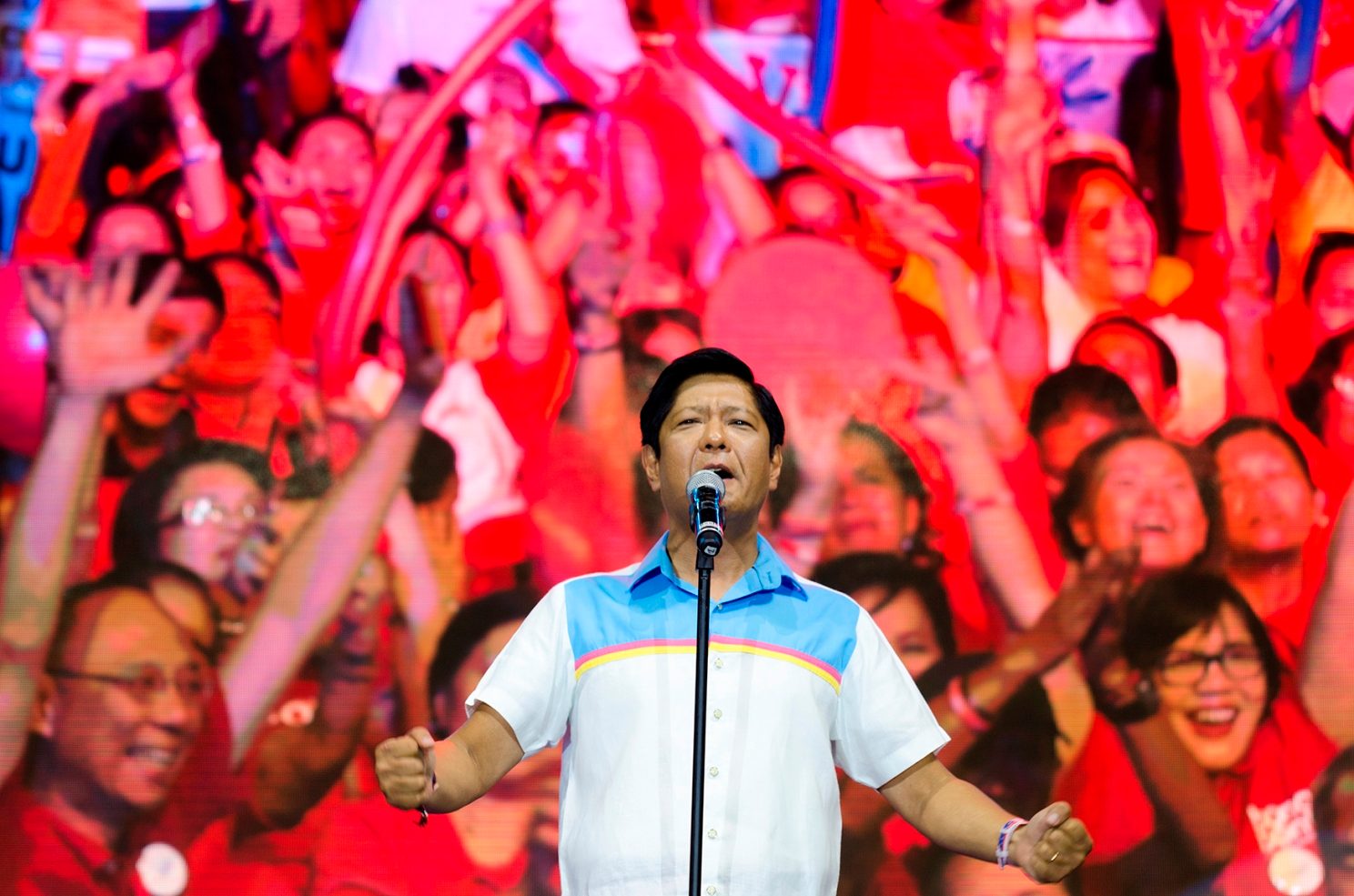 MANILA, Philippines – Former Senator Ferdinand Marcos Jr said on Monday, November 7, he had been going around the country despite his defeat in the vice presidential election, vowing to make a political comeback.

The only son and namesake of the late dictator talked about his “resurgence” in a speech at the 80th anniversary celebration of the National Bureau of Investigation (NBI), a day before the Supreme Court (SC) was to decide on petitions to prevent a hero’s burial for his father.

Marcos Jr lost his vice presidential bid to Leni Robredo by 263,473 votes. He has filed a protest with the SC, sitting as the Presidential Electoral Tribunal, alleging fraud. (READ Robredo’s reply in August: Why SC should dismiss Marcos Jr’s protest.)

At the NBI event, Marcos likened himself to Senator boxer Manny Pacquiao, and borrowed the slogan of the basketball team Ginebra.

(Like what Ginebra says, ‘never say die’! If we may borrow the theme of Senator Manny Pacquiao’s recent fight: resurgence. I’ll be back. I’ll rise again and I’ll recover. There still a lot I can do. This [hiatus] is but temporary. Watch out for the next chapter!)

The press release also said Marcos “will come back stronger since he has a lot more to offer.”

Going around the country

The young Marcos’ speech also came a day before he and President Rodrigo Duterte were both set to visit Tacloban City , the home city province of Marcos’ mother Imelda Marcos, for the 3rd anniversary of Super Typhoon Yolanda (Haiyan) that almost wiped out the city. Their offices separately advised that they would be at the Holy Cross Memorial Park for a 3 pm program.

Duterte had not made a secret of his preference for Marcos Jr to become vice president, even if they were not running mates in May 2016. The Chief Executive initially refused to appoint Vice President Robredo to a Cabinet post because, “I don’t want to hurt the feelings of Bongbong Marcos. He is my friend.”

Recently, in his state visit to China where Marcos Jr was present, Duterte introduced him as the potential new vice president in the event his electoral protest prospered.

Marcos said he had been going around the country to thank those who supported his vice presidential bid.

(Even if I’m temporarily “off-duty,” I’m doing this to show my gratitude to the Filipino nation. I thank you all.)

Support for the NBI

Marcos Jr said he appreciated that the NBI, through Director Dante Gierran, sought him to grace their celebration. He called on the public to support the agency, amid “attempts to destabilize and defeat the good intentions of the current leadership.”

(We badly need the NBI, especially during these times when there are a lot of threats in our society. There are a lot of trouble makers, sowing horror, wanting to frighten and confuse citizens so they will lose their trust in government.) – Rappler.com