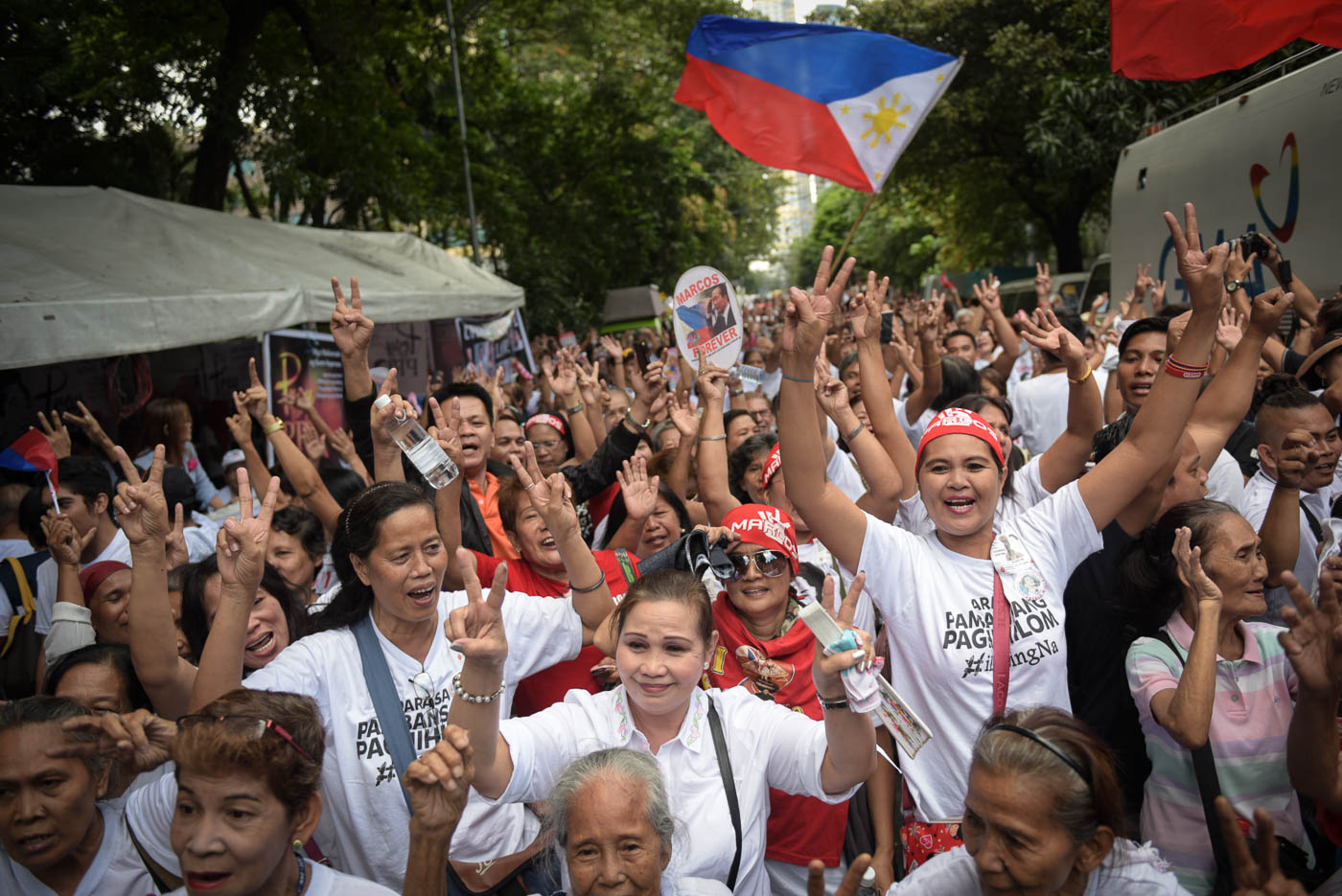 MANILA, Philippines – The wait was worth it.

Wearing red and white shirts bearing the face of the former president, Marcos loyalists sang songs, waved the Philippine flag, and flashed Marcos’ signature V-sign as they celebrated their victory.

For many of them, the SC ruling was a “vindication” after activists and Martial Law victims filed petitions against Marcos’ interment at the Libingan ng mga Bayani.

(I can’t express my feelings. No words are fit to explain how happy we are. But all I can say is that if he were the reason that Filipinos became divided – God is very good all the time – he is also the one who will unite us.)

Gloria Reyes, another supporter, could not stop herself from crying upon learning that the SC justices voted in the Marcoses’ favor.

(My happiness is overflowing because I have waited a long time for this. Thank you to everyone.)

She thanked President Rodrigo Duterte, who had promised during the campaign period to bury Marcos at the Libingan ng mga Bayani. Duterte said laws and military guidelines allow Marcos’ interment because he is a former president and soldier.