Nov 9, 2016 7:30 AM PHT
Mara Cepeda
Facebook Twitter Copy URL
Copied
President Duterte has hoped the Supreme Court decision will bring closure. A petitioner says the contrary will happen, and the issue will be enflamed. 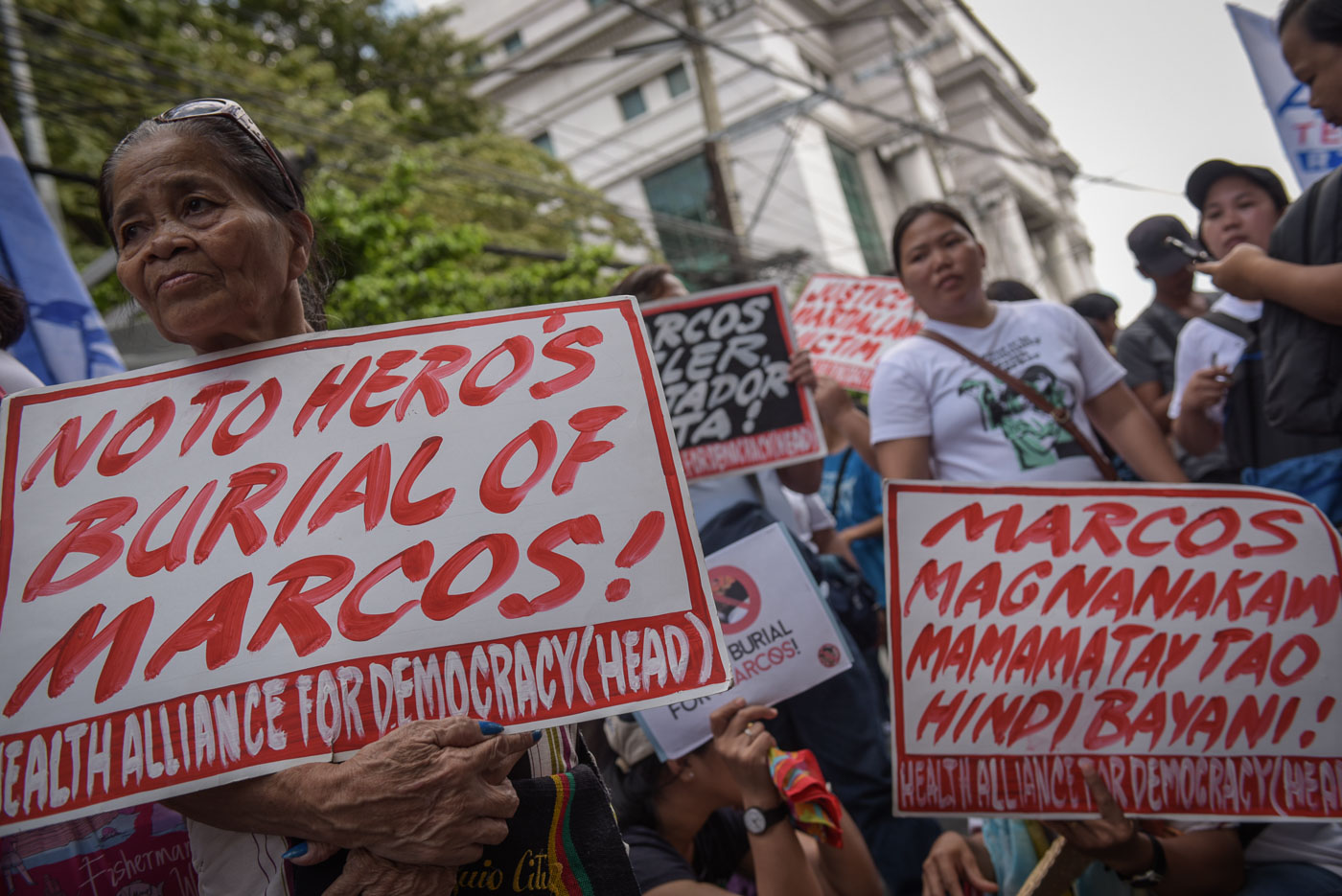 MANILA, Philippines – One of the petitioners against a hero’s burial for Marcos said on Tuesday, November 8, they would consider filing a motion for reconsideration with the Supreme Court (SC), but at the same time aired an appeal to President Rodrigo Duterte to just drop his order altogether.

Former party-list representative Neri Colmenares acknowledged that, after the High Court ruled, pushing through with the dictator’s burial at the Libingan ng mga Bayani (Heroes’ Cemetery) would be the President’s discretion. It was Duterte’s order to begin with that petitioners questioned before the SC.

Colmenares expressed hope Duterte would change his stand on Marcos’ burial because insisting on it would accomplish the reverse of his pursuit for closure on the issue.

(In the end, it’s the President’s discretion…if he sees that the ruling will not achieve his purpose, which is closure – in fact, the contrary will happen, that the issue will be enflamed and discussed yearly – he might change his mind.)

But for Selda national coordinator Father Dionito Cabillas, the SC decision will not bring comfort to the victims of the Marcos regime.

(President Duterte believes that the decision will unite Filipinos, the wounds will heal. But for the Martial Law victims, their wounds will never heal.)

(For us victims, this is painful because it’s like trampling on all Filipinos, not just us but including the next generation. The fight continues.)

Florentino, her husband Ernesto, and their only daughter Gemma were dragged by soldiers from their house in Tatalon, Quezon City, on June 18, 1977. Florentino and her daughter stayed in different cells inside Camp Crame for a month. Ernesto, meanwhile, was detained at Camp Bagong Diwa for 3 months.

While anti-Marcos groups were disheartened by the SC decision, Marcos loyalists rejoiced over the court’s 9-5.

No less than President Rodrigo Duterte himself promised during the campaign period to bury Marcos at the Libingan ng mga Bayani because the latter is a former president and soldier.

On Tuesday night, rallies were staged in key cities nationwide to protest the SC’s decision. – Rappler.com