Nov 10, 2016 12:58 PM PHT
Camille Elemia
Facebook Twitter Copy URL
Copied
The bill seeks to create a P75-billion trust fund for coconut farmers and the industry, and to provide the framework for its management and use 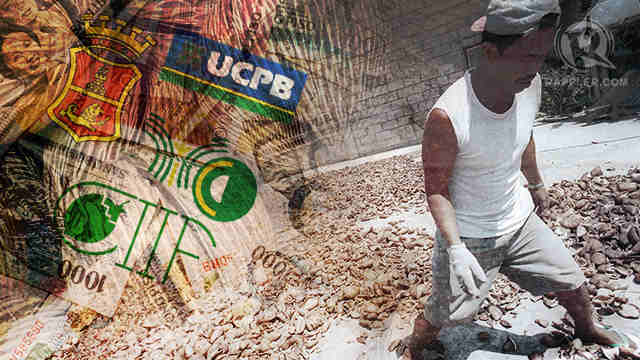 MANILA, Philippines – The Senate committees on agriculture and finance on Wednesday, November 9, approved the coco levy bill, which seeks to grant a P75-billion trust fund for the coconut farmers and the industry.

Senator Francis Pangilinan, chair of the agriculture panel, sponsored the committee report on Senate Bill 1233 or “An Act Creating the Coconut Farmers and Industry Trust Fund, Providing for its Management and Utilisation, and for Other Purposes.”

The bill is now up for plenary debates after 16 senators signed the report, with some expressing their desire to amend the measure or to interpellate Pangilinan.

The bill seeks to ensure the establishment of a trust fund that will enable the P75 billion coco levy fund to finally be used for the development of the coconut industry.

Key features of the bill include:

Senators who signed the committee report are:

Marcos and his cronies

In his sponsorship speech, Pangilinan slammed the Supreme Court decision allowing a hero’s burial for the late dictator Ferdinand Marcos, as he reminded the public that Marcos and his cronies misused the coco levy funds.

(The coco levy was imposed on coconut farmers under Martial Law. This is supposedly to develop the coconut industry. Instead, the fund was pocketted and treated as personal funds by the cronies of the dictator. The fund has been idle for over 40 years because of court cases. The amount is now P75 billion. The Supreme Court has said: This is for the coconut farmers.)

In the past Congress, a similar bill was passed in the House of Representatives but was stuck in the Senate. It was one of the hottest campaign issues in the 2016 presidential race. (READ: Danding, coco levy mess rile up Poe, Roxas camps)

President Rodrigo Duterte, for his part, has thrown support for the measure’s passage.

After the 1986 EDSA People Power Revolution, the Philippine government sued Eduardo Cojuangco Sr – a Marcos crony and the uncle of former president Benigno Aquino III – over allegations he used the coconut levt to set up his own businesses such as the United Coconut Planters Bank (UCPB) and San Miguel Corporation (SMC).

Government sought to sequester Cojuangco’s shares in SMC and UCPB to give the money to coconut farmers. (READ: The San Miguel-coco levy saga)

Cojuangco resisted this in a prolonged legal battle that spanned for more than two decades. It ended in December 2014, when the Supreme Court ruled with finality that Cojuangco’s shares in SMC should be given to the farmers.

This forced Cojuangco to give to the national treasury the equivalent of his shares in SMC, roughly P71 billion. But the money could not be released to beneficiaries in the absence of a mechanism for it, which the bill seeks to provide. – Rappler.com