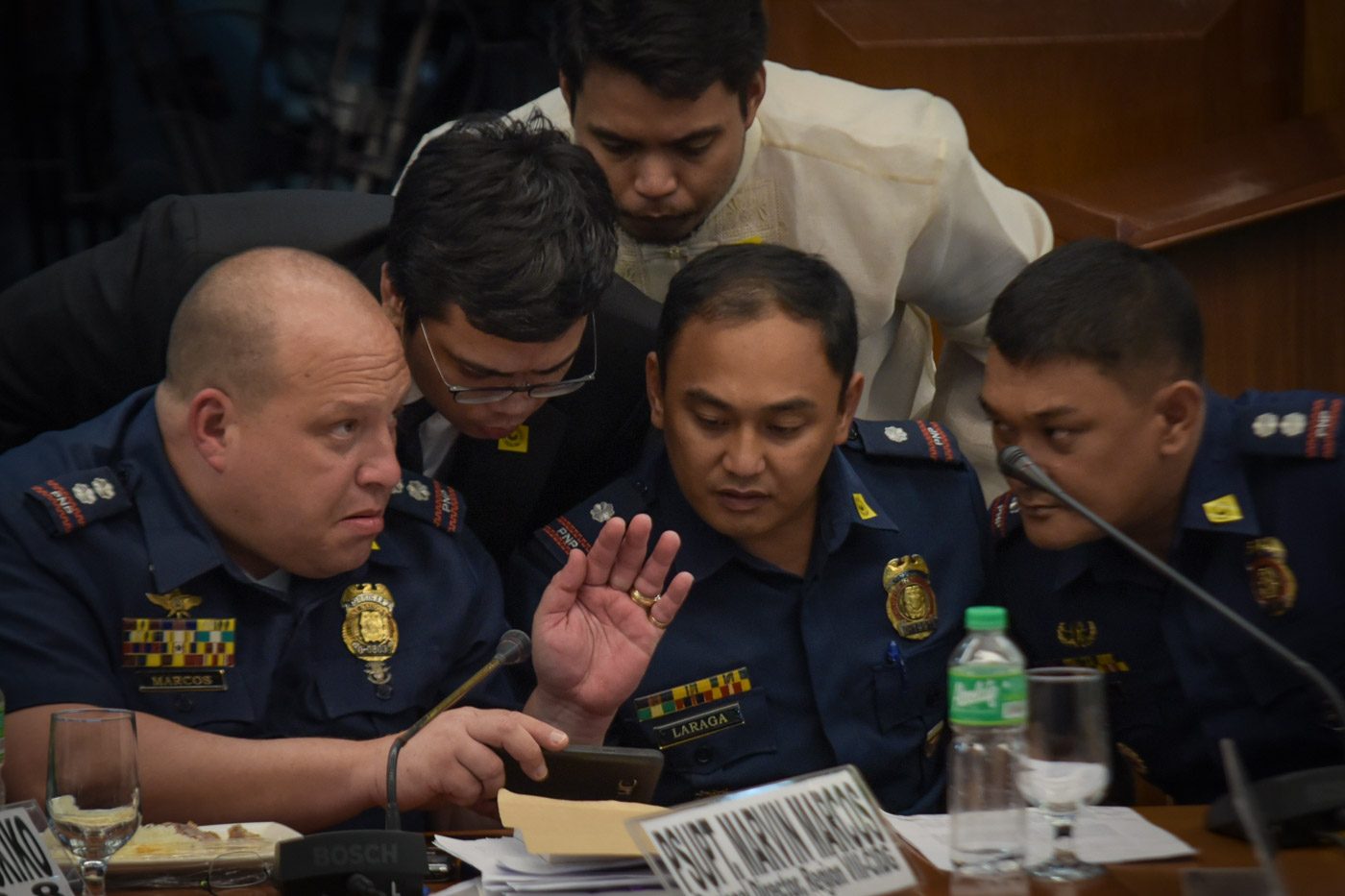 Senators took turns in grilling the Criminal Investigation and Detection Group (CIDG) office of Region 8 on Thursday, November 10, over revelations that they had requested for Scene of the Crime Operatives before they could even enter the jail where Albuera Mayor Rolando Espinosa Sr was eventually killed in an alleged shootout on November 5.

Upon questioning by senators, Region 8 police director Chief Superintendent Elmer Beltejar disclosed that at 3:38 am, one of the policemen in the operation had called the regional office to request for a Scene of the Crime Operatives (SOCO) unit – even before his teammates were able to enter the jail.

Based on a timeline presented by sacked CIDG Region 8 head Chief Inspector Marvin Marcos, they reached the front gate of the jail at around 4:10 am. It was only 20 minutes later, at 4:30 am, that the CIDG team was able to enter the jail premises “through the use of a bolt cutter.”

Senator Panfilo Lacson, himself a former PNP chief, was incredulous as he grilled Superintendent Santi Noel Matira, who apparently made the call to the regional headquarters for a SOCO unit. Matira insisted he could not remember what time he placed the call.

Director Benjamin Magalong, former CIDG chief and current Deputy Director for Operations of the PNP, said that during the case conference for the investigation, the call request for SOCO that was apparently made before the conduct of the operation, was among the “glaring items discovered.”

Two former CIDG 8 officials – Superintendent Marvin Marcos and Chief Inspector Leo Laraga – explained that the times logged in their timelines were “estimates,” insisting that police are often unaware of the exact time events happen in the conduct of operations.

Espinosa was among the first local chief executives to “surrender” to police after he was linked to illegal drugs. – Rappler.com