PH, Malaysia agree on repatriation of Filipinos in Sabah 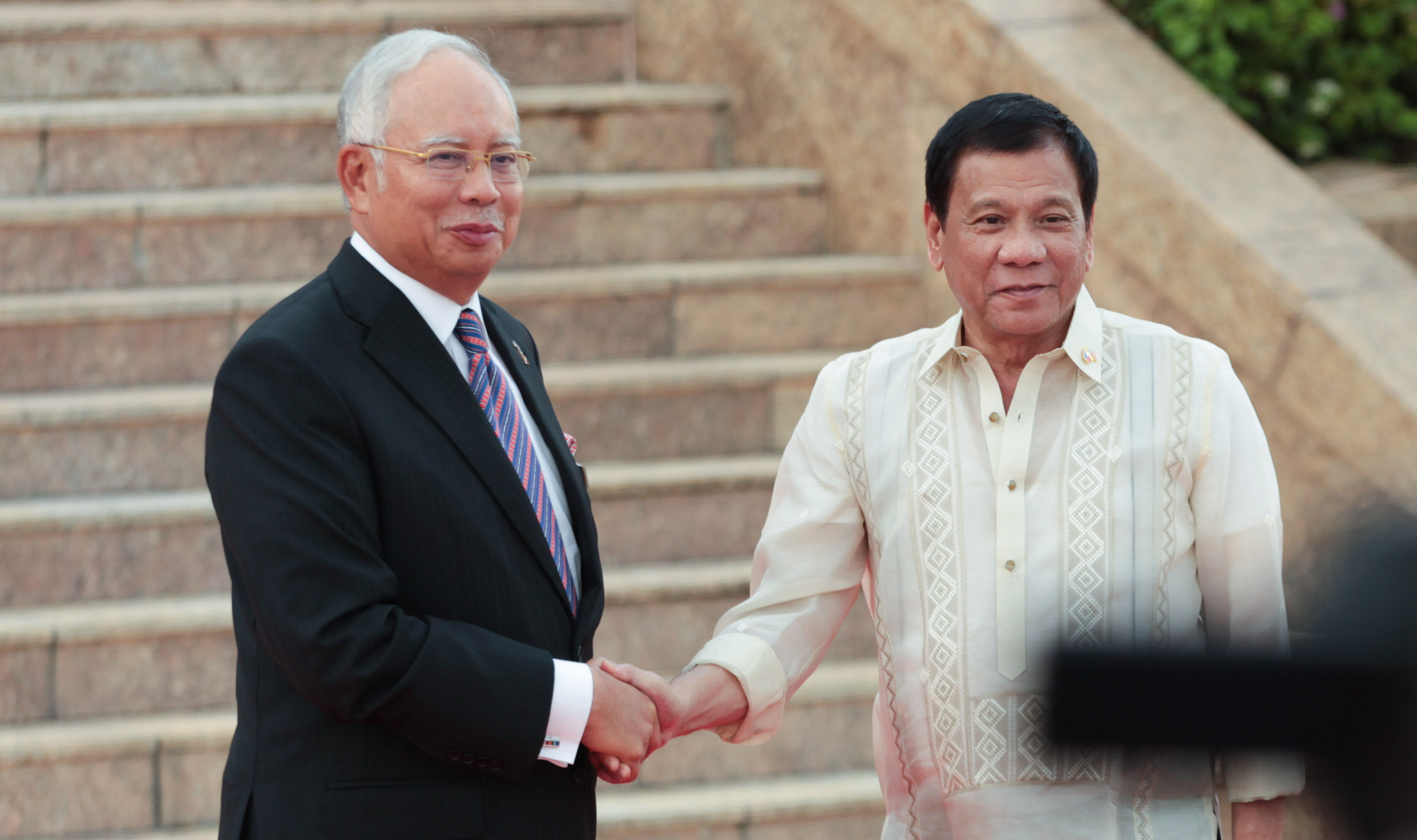 MANILA, Philippines (UPDATED) – The Philippines and Malaysia have agreed on the gradual repatriation of Filipinos in Sabah.

The two governments forged the agreement during the bilateral meeting of Philippine President Rodrigo Duterte and Malaysian Prime Minister Najib Razak in Putrajaya on Thursday, November 10.

“We have agreed that these Philippines immigrants will be sent back to their home in stages,” Najib is quoted by The Malay Online as saying in a press conference on Thursday after his bilateral meeting with Duterte, who ended his visit to Malaysia that day.

Duterte, upon his return to the Philippines on Friday morning, confirmed the agreement.

He added that he intends to provide assistance, in the form of hospitals and schools, for the undocumented Filipinos in Sabah while the gradual repatriation is proceeding.

“I will ask government to intervene. We will have to put up schools there, and hospitals because it’s embarrassing, it’s an added cost to [Malaysia],” he said in a mix of English and Filipino.

Duterte said might ask help from “neutral” aid-giving organizations to put up the hospitals but Filipino nurses would likely be deployed. He mentioned the World Health Organization.

“We will ask a neutral country, maybe neutral agency rather, [like] WHO (World Health Organization…But lets deploy our nurses,” he said.

WHO is a specialized agency under the United Nations which Duterte had previously accused of hypocrisy after its officials expressed their concern about his administration’s anti-illegal drugs campaign.

The issue of undocumented Filipino migrants in Sabah has long been a thorn in bilateral ties between the two countries. Malaysian authorities have reportedly abused Filipino migrants during massive crackdowns on their villages and mass deportations.

There are at least 800,000 Filipinos in Sabah, according to 2013 Philippine government estimates.

Najib also said the two leaders discussed the possibility of setting up a Philippine consular office in Kota Kinabalu in Sabah, a territory that is being claimed by the Philippines.

The Philippines’ claim over Sabah itself, however, was not discussed during the meeting, according to Philippine Foreign Secretary Perfecto Yasay Jr.

“We both agreed that we will set the Sabah issue aside and not even talk about it for now,” said Yasay in an interview with reporters after the Najib-Duterte meeting.

Though Sabah is an island recognized internationally as belonging to the Malaysian Federation, the Philippines has a historic claim to it based on the ownership of the North Borneo area by the Sultan of Sulu who ceded his sovereignty over the territory to the Philippine government in the 1960s.

Previous administrations had taken different approaches on the issue and in dealing with the heirs of the Sultan of Sulu. (READ: Sabah, Ramos and Arroyo)

There were renewed tensions over the Sabah issue when a group that called itself the Royal Security Forces of the Sultanate of Sulu and North Borneo arrived in Lahad, Sabah in February 2013, sparking a standoff with Malaysian forces. (READ: Sabah as the last gold coin)

The standoff, which lasted for about a month, led to 60 deaths – 52 Filipinos and 8 Malaysian policemen – and forced over 6,000 Filipinos to flee Sabah at the time.

Kiram III died in October 2013, while the leader of the standoff, Agbimuddin Kiram, died in January 2015.

During the bilateral meeting, Duterte also agreed to allow Malaysian authorities in pursuit of kidnappers to enter Philippine waters. – Rappler.com