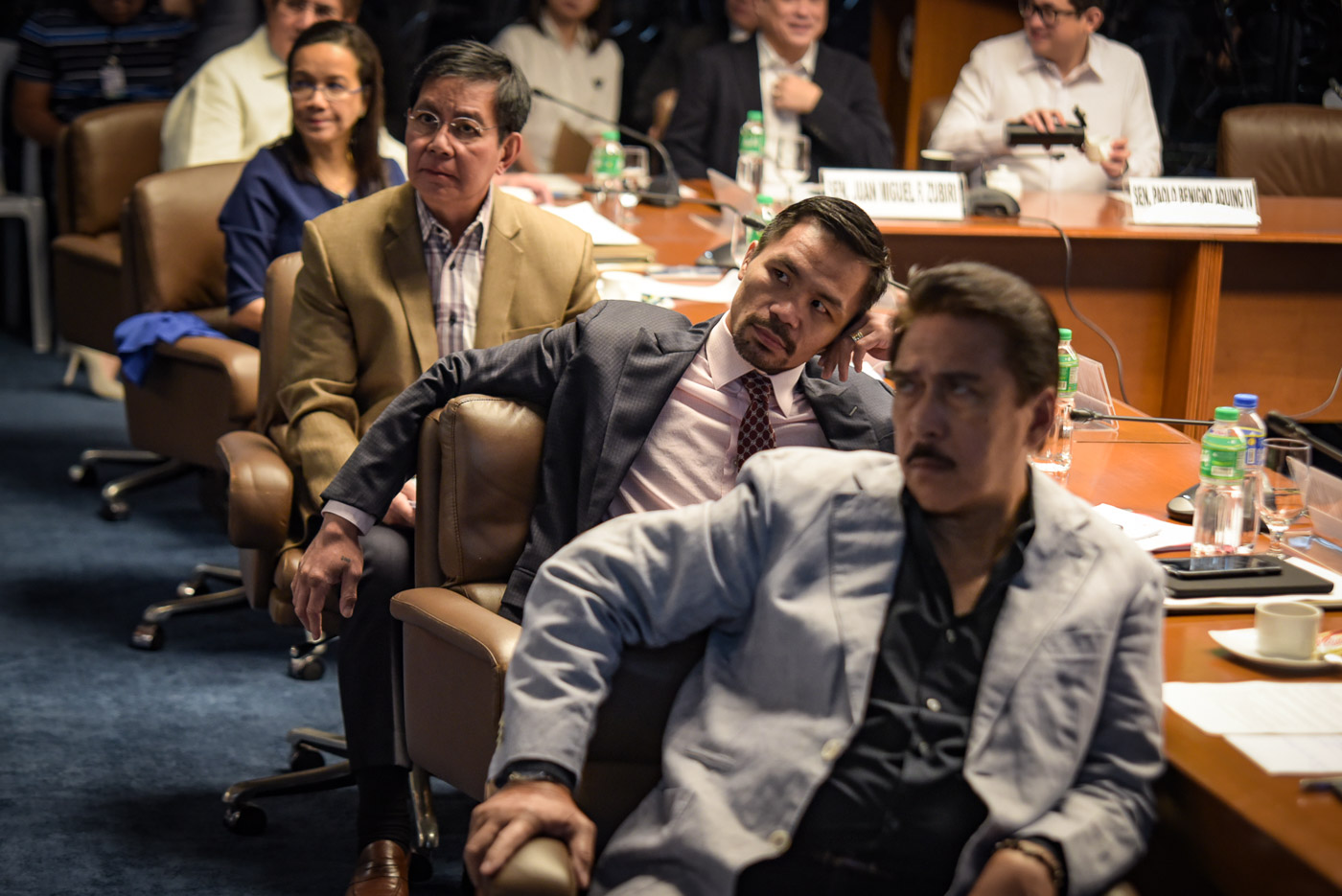 MANILA, Philippines – The Senate probe into the death of Albuera mayor Rolando Espinosa Sr will continue even after President Rodrigo Duterte practically cleared the police team involved in the operation, senators said on Friday, November 11.

Senate President Pro-Tempore Franklin Drilon said the investigation should go on to determine the motive of the killing. He also believes the incident is a rubout and not a shootout, contrary to the police’s claims. (READ: Leyte cops called SOCO an hour before Espinosa killing)

“The Senate investigation should go on to find out the motive. Testimonies at yesterday’s Senate hearing, unless rebutted, supports at least a prima facie (at first sight) case of a rubout,” Drilon said.

Majority Leader Vicente Sotto III expressed a similar sentiment, saying he wants to find out who ordered the killing.

“I don’t think it will affect our investigation because it is in aid of legislation. On my part, we are more concerned on who ordered the hit if it was indeed a hit,” Sotto said, when asked about the impact of the President’s support for Leyte police on the Senate inquiry.

Senator Panfilo Lacson, chair of the committee on public order leading the probe, is set to invite alleged drug lord Kerwin Espinosa, son of the slain mayor, when he is brought back to the country from the United Arab Emirates.

The panel is also set to invite Ramon, the brother of the slain mayor, who was earlier quoted as saying that his brother told him the affidavit was only forced upon him.

“Lalo pang na-reinforce …ng nakararami na talagang may hindi magandang nangyari sa operation na ‘yan. Di namin inaakala ang magiging revelation doon (It was all the more reinforced that there are many bad things that happened during the operation. We did not expect the revelations during the hearing),” Lacson said in a radio interview.

Espinosa, who was among the local officials in the first drug list released by Duterte, died at the hands of the Criminal Investigation and Detection Group Region 8 inside his prison cell in Baybay City, Leyte, on Saturday, November 5.

Police officials claimed they were only serving the mayor a search warrant at 4 am but the latter, allegedly armed with a gun, fought back, resulting to his death. Senators, however, refused to believe them.

‘Playing blind’ to protect himself

Senator Leila de Lima, the fiercest critic of the President, slammed Duterte for protecting the police involved prior to a complete investigation.

During the campaign, Duterte had promised the police that he would pardon those in their ranks who would get convicted for killing criminals and even civilians in the line of duty. He reiterated this on the first full day of his presidency, telling authorities he would protect them even if they kill a thousand people for doing their job.

“It’s an unfortunate, deplorable state of affairs in our country today to be witnessing these brazen acts of impunity, and with a Chief Executive empowering abusive and violent policemen, by continuing to protect said policemen and their gross misconduct in carrying out attacks against civilians,” said De Lima.

She added it is convenient for Duterte to look away from what is right in front of him. After all, she said, it would reflect negatively on him and his vaunted war on drugs.

“The President will refuse or play blind to what is right in front of his eyes, and what most people – including my fellow senators who conducted the hearing yesterday, including chairs Lacson and Gordon – would consider as proof of extrajudicial killing by the police,” De Lima said.

“I think the President has a tendency to be willfully blind where he feels it would reflect badly on him and his war on drugs,” she said.

“He is not really protecting the police – in fact, he is destroying the institution by such explicit and unmitigated partiality – he is really protecting himself from scrutiny and criticism. To admit premeditated killing by the police would be against his interest,” she added.

De Lima said the apparent summary execution of Espinosa could be useful for the International Criminal Court, which she earlier said could probe Duterte for human rights violations. – Rappler.com