Duterte: Leaders need to do ‘wrong’ to protect people 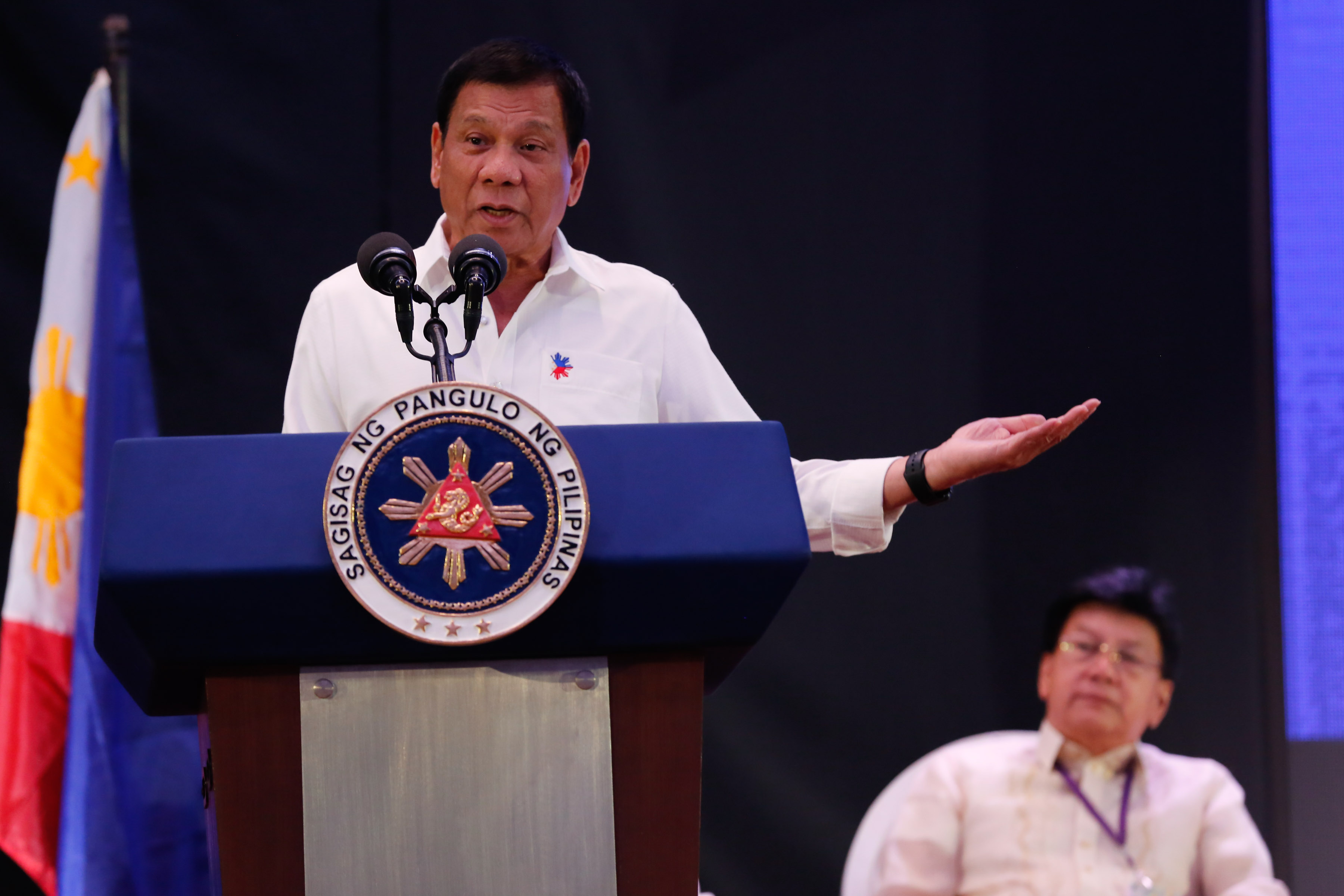 MANILA, Philippines – For someone who has described himself as a stickler for the law, President Rodrigo Duterte sounded almost disdainful of the concept of “rule of law,” saying that, sometimes, a leader has to do the “wrong thing” for the good of the country.

Earlier, he described the Philippines as a country rocked by “rebellion, extremism, and the flooding of drugs,” a situation that forces its leaders to make tough choices.

In such a situation, following the law sometimes leads to suffering and not the improvement of lives of the people.

He then said the Filipino people face a tough decision that may require “innovation” of the law.

“I would like to follow the rule of law. It is rules which make up the law. But when shabu was coming in, strong and fast, we had to make a choice. We innovate the law, the rule of law or we let our people suffer. That’s the choice,” he said.

Just two days earlier, Duterte had warned he might be “forced” to suspend the writ of habeas corpus if the state of lawless violence, especially due to drugs, continues. Doing so would allow the government to arrest or jail individuals even without a warrant.

Based on the Constitution, suspension of the writ may only be done “in cases of invasion and rebellion.”

Duterte appeared to reflect out loud on the moral dilemma of following the rule of law without attaining results for the benefit of the people.

“You know, countries like the Philippines, you do what is right, it is wrong. You do what is wrong, it’s still wrong,” Duterte said.

“And that is how I balance the governance. Whether to do wrong or to do right, to commit a wrong or do a wrong thing, to make it right,” he added.

Duterte, who has long insisted that the “rule of law” is his basis for making decisions, including allowing the hero’s burial of former president Ferdinand Marcos, said the rule of law only works when it is followed.

He also spoke of the “strong rebellion” in Mindanao and the kidnappings by terrorists in Sulu which have been “putting a shame to our country.”

Acts of terrorism and violence in Mindanao and the spread of drugs were his reasons for declaring a state of national emergency due to lawless violence last September. – Rappler.com