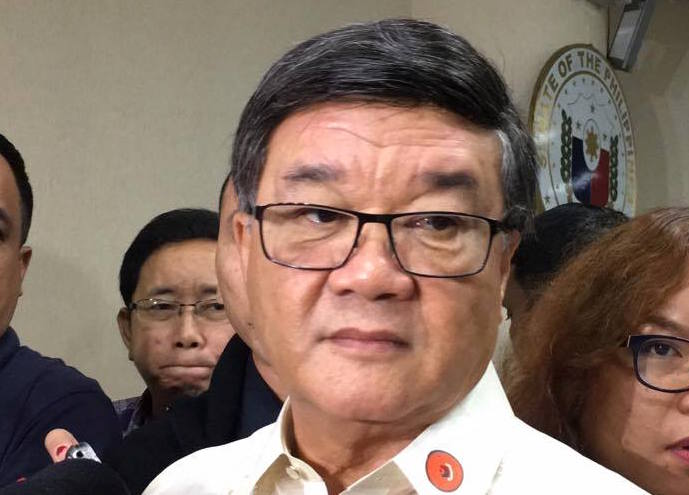 MANILA, Philippines (UPDATED) – The anti-crime group that’s filed a complaint against Senator Leila de Lima for her alleged connection to drug syndicates has raised P1 million as reward money for information leading to the arrest of her driver-bodyguard, who supposedly accepted bribes on her behalf.

The Volunteers Against Crime and Corruption (VACC) announced the bounty on Ronnie Dayan on Tuesday, November 15, a day after the senator admitted on national TV that she had an affair with him.

On Tuesday too, Justice Secretary Vitaliano Aguirre II accused a “big-time politician” of hiding and protecting Dayan somewhere in Northern Luzon, but declined to give any more details on the report that, he said, is still being validated by the National Bureau of Investigation (NBI).

“Talagang pinasubaybayan namin sa NBI (We have asked the NBI to monitor his [movements]). Apparently, he is being protected. Nagtatago siya sa (He is hiding in the) North. He is protected by a big-time politician doon sa (in) Pangasinan and other Northern Luzon provinces,” Aguirre said.

The justice chief made the statement a day after De Lima admitted in a television news program that she used to be in a relationship with Dayan, who resigned as her bodyguard and driver in 2015. (READ: Admission of ‘immoral’ affair strong proof to disbar De Lima – Aguirre)

Dayan, who hails from Pangasinan, went  into hiding in August after President Rodrigo Duterte alleged in a public address that the senator and Dayan were romantically linked and were involved in the drug trade at the New Bilibid Prison.

At the congressional inquiry into the Bilibid drug trade that began in late September, witnesses – mostly convicts granted immunity from suit for anything they revealed – claimed that Dayan collected money from drug lords for De Lima’s senatorial campaign.

The House committee on justice had cited Dayan in contempt and ordered his arrest for failing to appear before the panel.

The VACC has filed a complaint against De Lima, Dayan, and others based on the convicts’ testimonies at the House inquiry.

De Lima has repeatedly denied receiving drug money, saying the allegation was anchored on the President’s “personal vendetta” to destroy her. (READ: The public trial of Leila de Lima)

De Lima and Duterte have long-standing differences on the issue of human rights, dating back to the Arroyo administration, when the senator, as Commission on Human Rights chair, investigated the alleged involvement of the Davao City mayor in the Davao Death Squad, a vigilante group targeting crime suspects. – Rappler.com