Nov 15, 2016 5:20 PM PHT
Mara Cepeda
Facebook Twitter Copy URL
Copied
Representative Prospero Pichay Jr says a 'thorough and impartial' probe would show that Representative Robert Ace Barbers was motivated by 'partisan politics' when he made the allegations against him 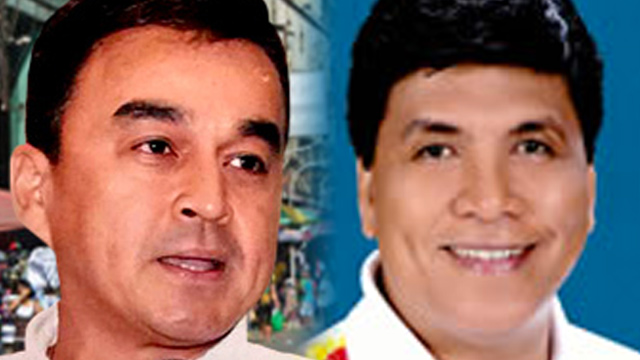 In an 8-page complaint filed before the House committee on ethics and privileges, Barbers cited Pichay’s alleged illegal mining activities and “disorderly, unparliamentary conduct” following their near-brawl during a hearing of the committee on constitutional amendments in October.

Barbers wants the ethics committee to probe Pichay for allegedly committing the following:

During Monday’s session, Barbers called on President Rodrigo Duterte to investigate Pichay for corporate identity and mineral theft and graft over the operations of Pichay’s Claver Mineral Development Corporation (CMDC).

In a privilege speech, Barbers questioned the circumstances of how Pichay became the company’s president and why the firm continues to ship nickel ore despite being suspended by the Department of Environment and Natural Resources.

Barbers also cited his squabble with Pichay after a heated debate on charter change during a hearing of the constitutional amendments committee on October 12.  This  led Pichay to file an ethics complaint against Barbers who, in turn, promised to file a “more meaty” complaint against his rival.

“What is important is not what a representative of the people has done in the course of pursuing his advocacy, but it is the sincere effort to effect and champion his advocacy. This is certainly the case insofar as the complainant is concerned,” Barbers said in his complaint.

“This may also be the case for the respondent. But it is not tolerable for a representative to pursue his conflicting personal financial interest with the government while discharging his public duties. The respondent clearly falls in this category and, in the eyes of the public, he does not creditably reflect the good name and reputation of this august Chamber,” he added.

The two lawmakers are longtime rivals. In 2005, Pichay wanted to kick out Barbers from their party, the Lakas-Christian Muslim Democrats of then president and Pampanga 2nd District Representative Gloria Macapagal Arroyo, for backing the impeachment complaint against Arroyo.

Unfazed by Barbers’ actions against him, Pichay expressed confidence that a “thorough and impartial” investigation would show that Barbers’ privilege speech was “motivated by partisan politics and his burning desire to get back at me for supporting the political opponents of his family in Surigao del Norte.”

Pichay also explained that his group had purchased shares in Claver in October 2015, when he was not yet a congressman. He said Claver had an existing mineral sharing agreement with the government before he bought shares and “thus the transaction was not contrary to any provisions under the Constitution or laws as alleged by Barbers.”

He anoted that the CMDC offices and facilities are located in Surigao del Sur, and not in Surigao del Norte, as Barbers claimed. Pichay also asserted that he went through the necessary processes to secure permits for the mining firm.