Nov 15, 2016 11:49 PM PHT
Pia Ranada
Facebook Twitter Copy URL
Copied
The President says he wants the Philippines and Russia 'to be the best of friends' 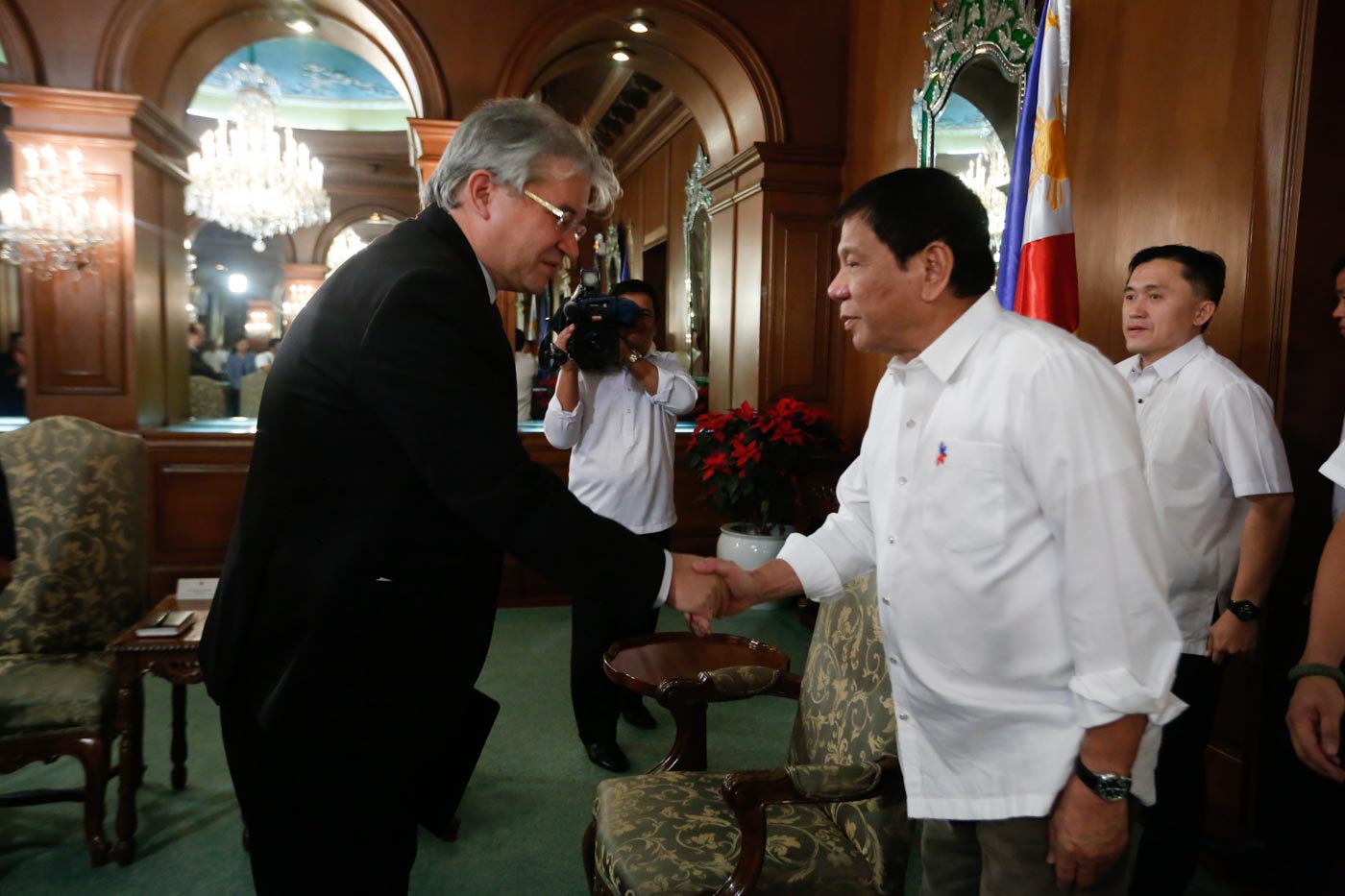 MANILA, Philippines – President Rodrigo Duterte confirmed that he has requested for a bilateral meeting with his “hero” Russian President Vladimir Putin during the Asia-Pacific Economic Cooperation (APEC) Summit to be held in Peru.

“Tuloy ho, ako ‘yung naghingi niyan (It’s pushing through, I was the one who asked for it). Earlier tonight, I had a long talk with the Ambassador of Russia. I reiterated my desire to meet Putin, bilateral,” Duterte told journalists during a dinner on Tuesday, November 15.

Special Assistant to the President Christopher Go, however, said it is difficult to confirm if the Duterte-Putin meeting will indeed push through, given possible last-minute changes in the schedules of both leaders.

The Department of Foreign Affairs previously said they are targeting 2 to 4 bilateral meetings for Duterte and some world leaders.

Asked what Duterte plans to bring up during his meeting with Putin, the Philippine President said, “Wala naman akong hingiin (I won’t ask for anything). I just want to be friends with him. I just want the two countries to be the best of friends.”

But he said trade and the economy could be a topic of conversation.

“This is an economic world. If there are things we can sell them or export to them, or if there are also things they own, or if they can sell to us and it is obvious it can be put to good use, then we will buy those things that are needed,” he said.

In previous speeches, Duterte instructed defense officials to scout for military equipment in Russia and China for the Philippine government to purchase.

Duterte had expressed admiration for Putin before, calling him his “idol” and “hero.” To media on Tuesday night, he said he admired Putin for his toughness.

He also joked that he and Putin seem to have a shared passion for guns and women.

The Russian president is expected to attend the APEC Summit in Peru along with other world leaders like US President Barack Obama, Japan Prime Minister Shinzo Abe, and Chinese President Xi Jinping.

The APEC Leaders’ Summit will take place from November 19 to 20. – Rappler.com