Nov 16, 2016 9:33 AM PHT
Rappler.com
Facebook Twitter Copy URL
Copied
The choppers, acquired for P2.8 billion from Poland during the Arroyo administration, have always been controversial 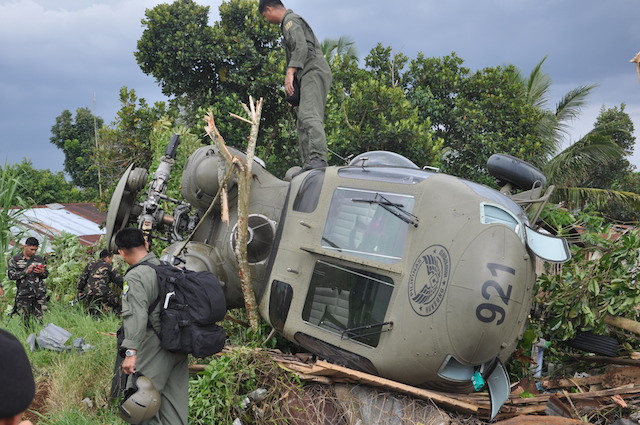 MANILA, Philippines – The Philippine Air Force (PAF) said it has grounded its remaining 6 Sokol choppers as it continued its investigation on the cause of the crash in Palawan last week.

The chopper that was used in a reconnaissance flight in Palawan suffered mechanical failure, injuring Mimaropa police regional director Chief Superintendent Wilben Mayor and 3 others.

Francisco said it is standard operating procedure (SOP) to ground the choppers after a crash to make sure that the rest are in good condition. This was also done when the first PAF Sokol crashed in Marawi City in southern Mindanao in 2014.

The PAF, whose acquisition of choppers had been subject to controversies, acquired 8 brand new Sokol choppers for P2.8 billion during the administration of President Gloria Macapagal-Arroyo.

The Polish choppers were supposed to serve as combat choppers but were instead used for search and rescue operations because of concerns about its built.

The entrance of the chopper was too narrow and soldiers had to remove the machine gun before they could get inside it, making it unsuitable for combat. Arroyo’s successor, President Benigno Aquino III, singled out the questionable purchase of the choppers in his 2013 State of the Nation Address. – Rappler.com