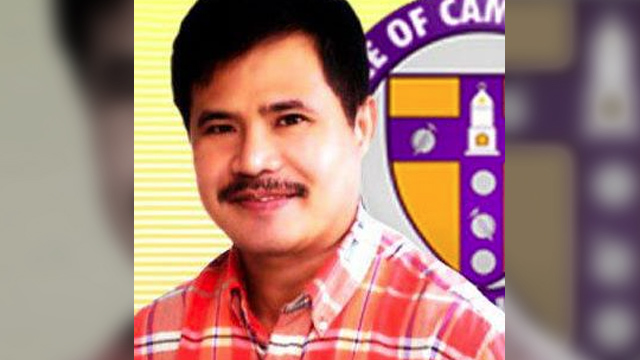 MANILA, Philippines – The Department of the Interior and Local Government (DILG) on Tuesday, November 15, served Camarines Norte Governor Edgardo Tallado the dismissal order from the Office of the Ombudsman.

He is perpetually barred from holding public office.

Tallado invalidated the appointments of 48 provincial government employees, including those appointed to various positions on permanent status by his predecessor Governor Jesus Typoco.

Last April 18, the Ombudsman found Tallado guilty of grave misconduct and oppression and/or abuse of authority, with aggravating circumstances of recidivism.

“After our regional office in Legazpi City got hold of the decision issued by the Ombudsman’s office, we immediately prepared the necessary documentation and served the dismissal order,” DILG Secretary Ismael Sueno said in a press release.

Sueno added that DILG Bicol Director Eloisa Pastor personally handed the Ombudsman’s decision to Tallado. The governor and his supporters did not resist.

The complaint was initially filed before the Civil Service Commission (CSC) on November 30, 2010, but it was dismissed. The petitioners elevated the case to the Court of Appeals.

According to an ABS-CBN report, the 4 provincial government employees were allegedly harrassed and re-assigned to other areas by Tallado.

On September 22 this year, the Ombudsman ordered the dismissal of Tallado, and the 3-month suspension without pay of Provincial Human Resource Management Officer Magdalena Toledana due to simple neglect of duty.

Before his perpetual dismissal from pubilc office, Tallado also faced a 6-month suspension, approved by the Ombudsman on August 8, for “disgraceful and immoral conduct.” This was after nude photos and a sex video of him and his alleged mistress surfaced on social media.

The scandal also led to Tallado’s removal from the Liberal Party in June 2015: “It is necessary that its members should strive at all times to uphold the honor and maintain the dignity of the party, even in their private lives,” the LP said. (READ: LP kicks out Camarines Norte gov over mistress scandal)

Also in 2015, Ombudsman Conchita Carpio Morales ordered the one-year suspension without pay of Tallado and other government officers who were found guilty of oppression and grave abuse of authority. – Rappler.com