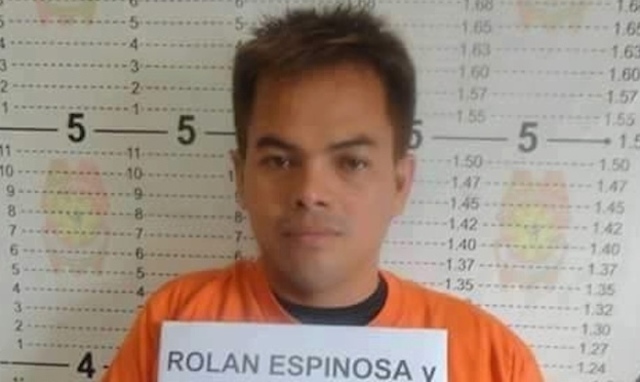 MANILA, Philippines – A day before Kerwin Espinosa’s arrival in Manila from Abu Dhabi, Justice Secretary Vitaliano Aguirre II offered to put the alleged drug lord under the government’s Witness Protection Program if he agrees to cooperate with investigations into illegal drug trafficking.

“Everyone is welcome to help so we can punish those big public officials involved in the drug trade. That’s why we are offering the protection of the Witness Protection Program to Kerwin Espinosa,” said Aguirre during a news briefing on Wednesday, November 16.

The government’s offer would be ready as long as Espinosa is “cooperative” and “qualified to be admitted to our Witness Protection Program,” Aguirre added. (READ: FAQ: On becoming a state witness)

The justice chief confirmed that Espinosa is expected to arrive in Manila on Thursday, November 17. The Philippine National Police will fetch him at the airport and bring him to the Custodial Center in Camp Crame.

“I’ve written to General Bato (PNP chief Director General Ronald Dela Rosa) that if any assistance is needed in connection with the protective custody of Kerwin, then the NBI is willing to provide such protection,” said Aguirre.

Espinosa himself expressed his desire to be put under the WPP, as written in a letter from the Philippine Embassy in the United Arab Emirates. Espinosa was arrested on October 16 in Abu Dhabi. (READ: Lacson: ‘Kerwin Espinosa must live to tell his story’)

After the killing of his father, Albuera Mayor Rolando Espinosa, during a police operation in a Leyte prison, the younger Espinosa said he feared for his life and the lives of his common-law wife and children.

The Espinosas were the subject of President Rodrigo Duterte’s “shoot on sight” order in August, when he directed the father and son to surrender to authorities over their alleged involvement in illegal drugs. Kerwin is said to be the top drug lord in Eastern Visayas.

Aguirre has told Dela Rosa that once Espinosa arrives in Manila, the DOJ is ready to “send some prosecutors and some agencts of the NBI (National Bureau of Investigation) to ask to help or to assist in the investigation of Kerwin.”

Asked for the weight of Kerwin’s possible testimony against Senator Leila de Lima, Aguirre said: “Even without Kerwin’s testimony, the evidence presented is sufficient, more than sufficient. But we would want to file an airtight case so every single additional evidence, we welcome it.”

The Senate plans to invite Espinosa as a witness in its probe into the death of his father.

Senator Panfilo Lacson, chairman of the committee on public order leading the probe, has called the younger Espinosa the “be-all and end-all” and “central figure” in the sequence of events.

Espinosa is also thought to have information on politicians, policemen, and media personalities who protected him and benefited from his drug trafficking operation.

According to Kerwin’s alleged “pink book” that his father revealed to the public, De Lima, retired police generals Leonardo Espina and Vicente Loot, who is now mayor of Daanbantayan, Cebu, and others reportedly received protection money from Kerwin.

De Lima has been accused by no less than President Rodrigo Duterte of facilitating drug trade in the national penitentiary, which she denied.

After a series of congressional probes, the DOJ is now studying 4 complaints against the senator, among Duterte’s fiercest critics in Congress. – Rappler.com