Suarez: LP wants to monopolize power in the House 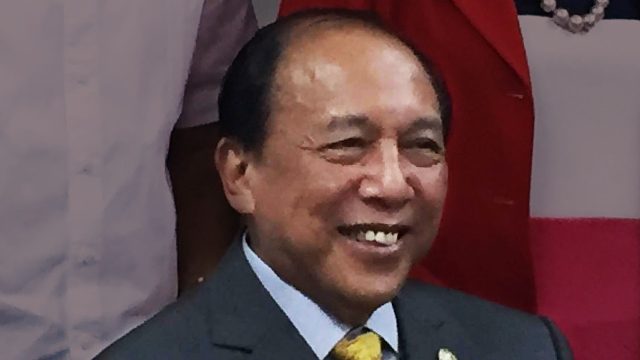 In a statement on Wednesday, November 16, Suarez said the Liberal Party (LP), which has members among the Magnificent 7 and the House supermajority blocs, are aiming to control the House of Representatives.

This comes after the following lawmakers questioned Suarez’s controversial election as minority leader:

The Magnificent 7 bloc wants the SC to recognize Baguilat as the rightful minority leader and for the justices to compel Speaker Pantaleon Alvarez and Majority Leader Rodolfo Fariñas to do the same.

“Their intentions in monopolizing the House leadership are evident, with LP members already part of the House majority while at the same time aiming for minority leadership,” said Suarez.

“I will not resort to name-calling here, but the arrogant and entitled posturing of their faction reveals much about their character,” added the Minority Leader.

Lagman had previously warned against a “subservient” minority bloc should it be led by Suarez.

He said proof of this is Suarez being a co-author of some of Duterte’s pet bills, including the measure seeking to restore the death penalty for heinous crimes.

But Suarez maintained they are a “constructive” minority and will “not oppose for the mere sake of opposing.”

“We have been consistent with regard to the policies of this administration: When you are right, we will support you. When you are wrong, we will correct you,” said Suarez.

The minority bloc gave Duterte an “A” grade for the war on drugs during the President’s 100 days, but said the administration needs to improve their efforts in improving other sectors.

Suarez is unfazed by the SC petition for mandamus filed against him, saying it would expose the plans of LP.

“We welcome the filing of the petition so that this issue will finally be put to rest. We are confident that, like contemporary actions initiated by their party, this will be exposed as a desperate attempt to stay in power,” said Suarez.

Duterte previously accused LP of plotting to unseat him, a charge that the party’s stalwarts have denied. – Rappler.com