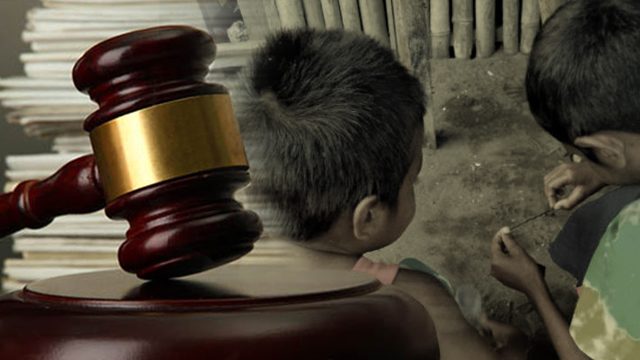 Taguiwalo, along with Commission on Human Rights (CHR) Chairperson Chito Gascon and non-governmental organizations, opposed the proposal to lower the minimum age of criminal responsibility from 15 to 9 years old during the hearing of the House justice subcommittee on correctional reforms.

Lawmakers, including Speaker Pantaleon Alvarez, have filed several bills seeking to revert the effects of Republic Act (RA) Number 9344 or the Juvenile Delinquency Act of 2006, which raised the minimum age of criminal liability from 9 years to 15 years old.

“Lowering the minimum age of criminal responsibility is anti-poor,” Taguiwalo said in her position paper presented by social welfare officials who attended the hearing.

She cited data that a “greater majority” of children in conflict with the law (CICL) “come from lower-income families where parents are either unemployed and/or where a greater number of siblings result in even lesser per-capita resources.”

“The Philippine experience, and the experience of other countries attest to this fact,” she said.

In their position papers submitted to the House panel, Taguiwalo and Gascon said the proposed measures violate the fundamental principles of social protection for children.

Gascon said that “the principle of protecting a child’s well-being and development is entwined with that of their best interest.”

“It encompasses the need for addtional measures and protections due to a child’s vulnerability and the duty of the State to provide this protection as enshrined under our Constitution, our domestic laws, and in various international human rights instruments specifically in the UN Convention of the Rights of the Child,” he said.

“We affirm our previous stance that lowering the minimum age of MACR (minimum age of criminal responsibility) oversimplifies the nature of juvenile offending and violates the principles of child protection and welfare as provided for by laws, international treaties, and internationally-accepted standards,” Gascon added.

In defense of his proposal, Alvarez earlier argued that it would rehabilitate juvenile offenders and not jail them with hardened criminals. He said the measure aims to protect children from being used by syndicates to commit crimes.

But Taguiwalo argued that the proposal “runs counter to available scientific knowledge about the cognitive, psychosocial, and neurological development” of children.

“A lower age of criminal responsibility results in more children being detained, substantially higher cost of public expenditure, and an even higher social cost of re-offending and graver offending, which simply demonstrates that such measure is not cost-effecive,” the social welfare chief said.

For Juvenile Justice and Welfare Council exective director Tricia Clare Oco, the proposed bills would damage CICL because they would be treated as criminals instead of victims.

“The proposal to lower the minimum age of criminal responsibility will merely revert to the cruel situation of locking up many children in poor and subhuman facilities after they have been exploited and abused by syndicates, their parents and other adults further victimizing them,” Oco told the House panel.

“We should regard children as victims of state neglect and abandonment from their right to survival and be protected, denied from them at one point of their lives. They have been failed by society that now wants to brand them as criminals,” he said.

“The failure of the system to go after syndicates reflects the weakness of the law enforcers in implementing the law,” said Legaspi.

“It is our position that these children should be taken care of. The main issues are the absence of their access to education, justice and health,” she added.

Other pro-child groups and social workers lamented that the country only needs the proper implementation of RA 9344, not its amendment. – Rappler.com