Nov 16, 2016 5:56 PM PHT
Jee Y. Geronimo
Facebook Twitter Copy URL
Copied
(UPDATED) Martires says he would dissent from the ponencia of SC Justice Lucas Bersamin – a decision which, he says, 'did not [dwell] so much on the legal issues but more on the health of the accused' 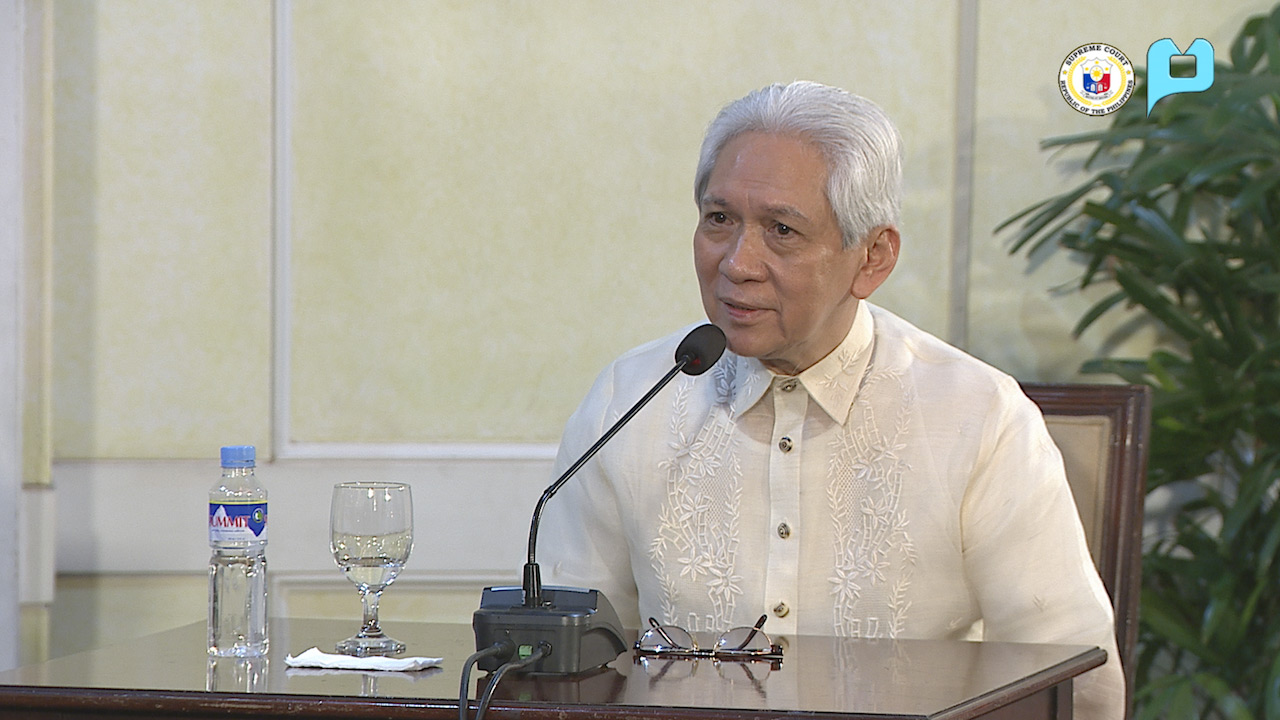 MANILA, Philippines (UPDATED) – Aside from the Supreme Court’s (SC) decision on former president Gloria Macapagal-Arroyo’s case, Sandiganbayan Associate Justice Samuel Martires was also asked how he would decide on Senator Juan Ponce Enrile’s bail petition if he were then a member of the High Court.

He faced members of the Judicial and Bar Council (JBC) on Wednesday, November 12, as one of the candidates for the associate justice position in the SC.

She pointed out that the motion to fix bail was based on two mitigating circumstances: voluntary surrender and age.

Gutierrez asked Martires: “If you were a member of Supreme Court, [would you have] concurred or dissented?”

Martires then said he would dissent from the ponencia of Justice Lucas Bersamin – a decision which, he said, “did not [dwell] so much on the legal issues but more on the health of the accused.”

A common question for candidates on Wednesday involved the High Court’s recent decision allowing the burial of the late president Ferdinand Marcos.

During the interview, Martires said he concurs with the separate opinion of Associate Justice Jose Mendoza, who said the burial of the late dictator is “more of a political issue than a justiciable one.”

She said Peralta in the decision wrote that Marcos should be interred because of the regulations of the Armed Forces of the Philippines (AFP), which enumerates who among the deceased are entitled to be interred in the Libingan ng Mga Bayani.

She also pointed out the exception to these regulations: those dishonorably discharged from service, or convicted with crimes involving moral turpitude.

“In the dissent of Carpio, he said the President was dishonorably discharged by the people themselves during the EDSA Revolution, although he was not convicted by the Court of crimes involving moral turpitude, but he committed serious offenses like murder, torture,” Gutierrez said.

She then asked Martires: Who is correct? Peralta or Carpio?

Martires said he would concur with Peralta.

“I don’t believe former president Marcos was dishonorably discharged by the Filipino people,” he explained.

“When we talk of one dishonorably discharged from the service, especially in the military, we talk of a decision of the court martial that discharges dishonorably a member of AFP. This is not the case of Ferdinand Marcos.”

The Sandiganbayan justice said it has always been his belief that Marcos was “not actually ousted by the Filipino people but [he] opted to leave Malacañang and go to Hawaii just to…prevent any untoward incident that may happen in EDSA.”

“You are changing history,” Gutierrez then told Martires, to which the latter replied that it was his personal view.

Martires again reiterated that he concurred more with Mendoza than with Peralta.

“I believe that’s not only a political issue,” Gutierrez answered back. “It involves the people, it involves questions of law, whether or not President Duterte acted on the basis of the present regulation. As I mentioned before, sometimes the Supreme Court commits errors.”

Martires was appointed to the anti-graft court in 2005.

In the Sandiganbayan, he penned the decision clearing Marcos, the late Fabian Ver, and businessman Roberto Ongpin in connection with the alleged Binondo Central Bank scam.

Martires also penned the resolution approving the Garcia plea bargain deal that allowed the former military comptroller to petition for the lesser charge of direct bribery and money laundering, instead of plunder. In exchange, Garcia was supposed to surrender P135.43 million of his assets.