Martial law a ‘back-up plan’ but ‘far from reality’ 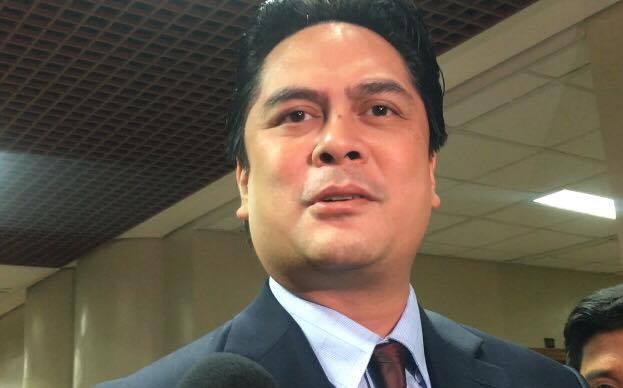 Andanar said the thought of declaring martial law “never crossed” Duterte’s mind, even as the President himself raised the possibility of declaring it. (READ: Duterte: Sometimes, I’m tempted to declare Martial Law)

“It’s far from reality and it’s never crossed the mind of the President and it was only mentioned because it was asked,” said Andanar, who was in the Senate for budget deliberations.

But at the same time, Andanar said martial law is Duterte’s “back-up plan” in case the situation goes out of hand. He added Duterte was only raising a possible course of action for the government.

“‘Yung sinabi ng Pangulo na ‘pag nag-escalate ‘yung violence (The President’s statement that if violence escalates) to a point that it can no longer be controlled, then that’s probably the reason why the President mentioned that martial law is a contingency plan, meaning it’s a back-up plan in case things go out of hand,” he said.

“Lahat naman ng posibilidad sa ilalim ng batas ay open. Kaya nga siya posibilidad, ‘di ba? So any eventuality will have to be also faced with a certain action in government,” he added.

(All possibilities under the law are open. That is why it’s called a possibility, right? So any eventuality will have to be also faced with a certain action in government.)

Duterte on Tuesday said he is not a fan of martial law but was quick to add that if he does declare it, it would be to end “widespread violence.”

In September, the President declared a state of lawlessness after the Davao City blast that left 14 people dead and dozens injured.

“I am not a fan of martial law. Abugado ako eh. Natakot ‘yung mga tao sa martial law but if ever, martial law is a contingency [against] widespread violence,” Duterte said.

He also earlier warned of suspending the writ of habeas corpus – a safeguard against warrantless arrests rampant under military rule – if he is “forced.” Duterte’s allies later on said it was only a “passing thought” while others expressed alarm.

Andanar said the President only issued the warning to threaten terrorists, drug lords, and other groups that plan to “terrorize” the nation.

“He is merely telling those guys, terrorists, even those who plan to terrorize people, and drug lords that we can do this just to catch you,” Andanar said. – Rappler.com